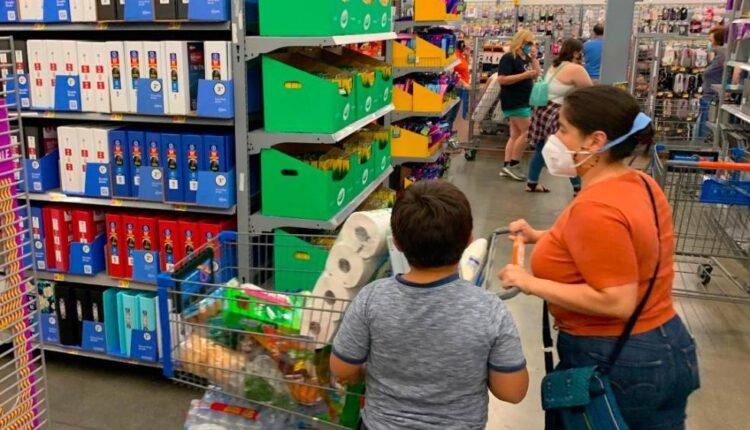 London (CNN Business)Even as the pandemic dealt an unprecedented shock to companies around the world, some firms found that stay-at-home orders actually helped their business.

See here: Netflix added a stunning 26 million subscribers in the first half of 2020, while Snapchat owner Snap saw a 20% spike in daily active users in the first quarter compared to the same period last year.But the bump provided by the crisis is starting to ease. Netflix (NFLX) said last week that it expects to add just 2.5 million subscribers between July and September, far fewer than Wall Street had penciled in. Meanwhile, Snap (SNAP) said Tuesday that user gains have begun to taper off, driving its shares down 9% in premarket trading.

Snap said the momentum is wearing off even as reopening efforts have paused or gone into reverse across much of the United States.”At the onset of widespread shelter in place orders, as people sought to stay connected and entertained from home, we observed an increase in daily active users that informed our initial estimate,” Derek Andersen, Snap’s chief financial officer, told analysts. “This initial lift dissipated faster than we anticipated as shelter in place conditions persisted.”Read MoreSnap’s daily active users were 238 million for the three months to June, an increase of 17% from the same period last year but just shy of the company’s estimate of 239 million during its last earnings call in April.The pandemic has also affected advertising, which accounts for the bulk of Snap’s revenue. Disruptions to industries such as transportation, restaurants and entertainment led marketers to cut ad spending, Andersen said, adding that several other advertisers paused in order to rework their strategy for the pandemic.”These challenging circumstances interrupted otherwise robust momentum,” he said.Why it matters: Big tech firms — especially those with robust cloud services businesses — have continued to shine throughout the pandemic, powering the massive rally in the S&P 500. But the industry isn’t a monolith.Those firms that rely on advertising revenue could be particularly vulnerable as the economic recovery stutters. That means Facebook’s earnings next week are likely to be even more closely watched than usual.Facebook (FB) said it experienced a “significant reduction” in demand for advertising, as well as a related decline in the pricing of ads, during the final three weeks of the quarter ending in March. Investors will watch closely to see if demand bounced back between April and June — and whether a nearly 18% run-up in shares year-to-date was justified.

Airlines are desperate for transatlantic travel to pick up

Major US and European airlines are pleading with the White House and European Union to adopt new measures to restore “critical” transatlantic travel.In a letter dated Tuesday, the CEOs of United Airlines (UAL), Lufthansa Group, American Airlines (AAL) and British Airways owner IAG requested a joint US-EU testing program “to enhance safety and build confidence” and help avoid quarantine requirements that are weighing on demand.”Given the unquestioned importance of transatlantic air travel to the global economy as well as to the economic recovery of our businesses, we believe it is critical to find a way to reopen air services between the US and Europe,” the executives wrote.Why it matters: US travelers are currently barred from visiting the European Union, cutting off an important market. Airlines hope that by lobbying for a stronger testing regime, they can find a way to restore a major travel corridor even as Covid-19 cases spike in parts of the United States.Second quarter earnings indicate that carriers need all the help they can get. United Airlines lost $1.6 billion between April and June, the company said Tuesday. Executives are due to speak with analysts Wednesday morning. Details, details: United said it’s losing less money than it was a few months ago. But it’s still hemorrhaging $40 million each day, my CNN Business colleague Jackie Wattles reports.United and other major carriers have been attempting to quell consumers’ anxiety about flying. Last month, US airlines announced they would ban passengers who refuse to wear facial coverings. United said Wednesday that it will also require passengers to wear masks at airports from check-in to baggage claim.Yet most would-be fliers are still staying at home, with airport traffic down more than 70% in July compared with a year ago.

Thanksgiving weekend is crucial for US retailers. This year, it’s going to look a lot different. 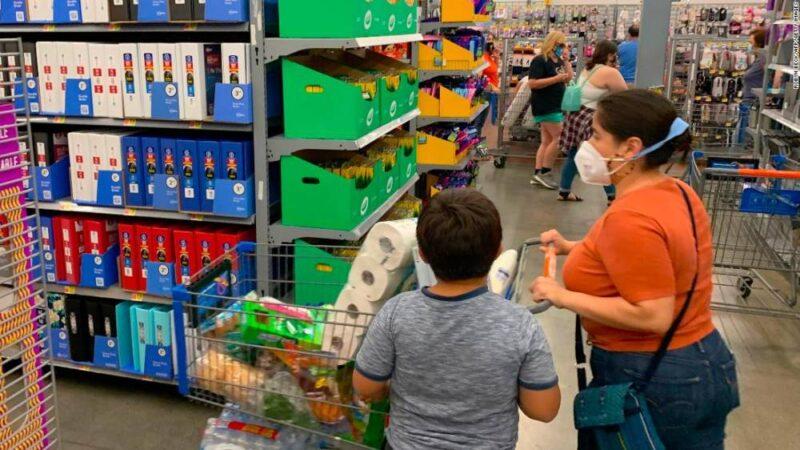 Walmart stores will close on Thanksgiving Day this yearDeals on TVs and toys may seem like a distant prospect, but companies are already making adjustments because of the pandemic. On Tuesday, Walmart (WMT) said it will close its stores on Thanksgiving Day for the first time in more than 30 years.”We know this has been a trying year, and our associates have stepped up,” John Furner, Walmart’s top US executive, said in a statement. “We hope they will enjoy a special Thanksgiving Day at home with their loved ones.”The move comes at a time when retailers are rethinking their plans for the holiday shopping season as coronavirus cases rise, prompting concerns over crowds in stores, my CNN Business colleague Parija Kavilanz reports.Retailers are hesitant to stock up on inventory for a day like Black Friday given the risk that in-person events are impossible come November.”When you think about a Black Friday, if you think about the 10 days before Christmas, what does that mean in terms of traffic if people are nervous about gathering with crowds?” Macy’s (M) CEO Jeff Gennette asked on a recent call with analysts. He said Macy’s is looking to focus on online Black Friday deals.Walmart, which has built out its digital offerings in recent years, is likely to move in a similar direction. The company is reportedly close to launching its own membership program that closely resembles Amazon Prime.

Uber revolt: Give us higher pay not woke words, says ex-driver in the UK