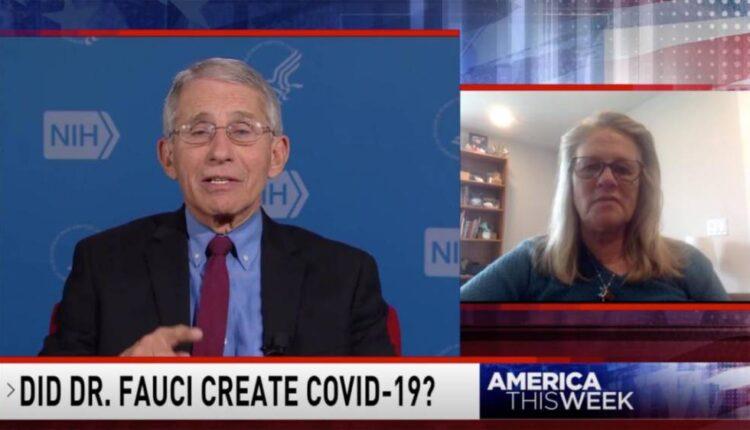 New York (CNN Business)The Sinclair Broadcast Group (SBGI) said Saturday it will postpone and rework a segment it planned to air this weekend that suggested Dr. Anthony Fauci, the nation’s top infectious disease expert, was responsible for the creation of the coronavirus.

The baseless conspiracy theory was set to air on stations across the country in a segment during the program “America This Week” hosted by Eric Bolling. The show, which is posted online before it is broadcast over the weekend, is distributed to Sinclair’s network of local television stations, one of the largest in the country.In a memo sent to its local television stations on Saturday, Sinclair instructed news directors to avoid airing for now the most recent episode of Bolling’s show, which was supposed to include the conspiracy theory.

“After further review of this week’s originally planned episode, it’s clear that we need to provide additional context to the highly controversial segment regarding the COVID pandemic and Dr. Fauci,” Scott Livingston, Sinclair’s senior vice president of news, wrote in the memo, which was obtained by CNN Business. “In order to meet our standard of providing an open and honest marketplace of ideas and viewpoints, even if incredibly controversial,” Livingston added, “we will need to rework the segment to ensure viewers get the best information available.”Read MoreThe episode of Bolling’s show that featured the conspiracy theory was also pulled from local Sinclair websites, where it is often posted before airing on the stations over the weekend. People now trying to access the videos on local Sinclair websites are met with an error page. The company confirmed in a series of tweets that it had pulled the segment from this weekend’s programming. A spokesperson for the company did not respond to an email from CNN Business asking whether it was appropriate at all to give airtime to a conspiracy theory like this one, even if presented alongside other views. In the episode of the show that was set to air, Bolling spoke with Judy Mikovits, the medical researcher featured in the discredited “Plandemic” video that went viral earlier this year and which was banned from platforms such as Facebook and YouTube. Throughout the segment, the on-screen graphic read, “DID DR. FAUCI CREATE COVID-19?” 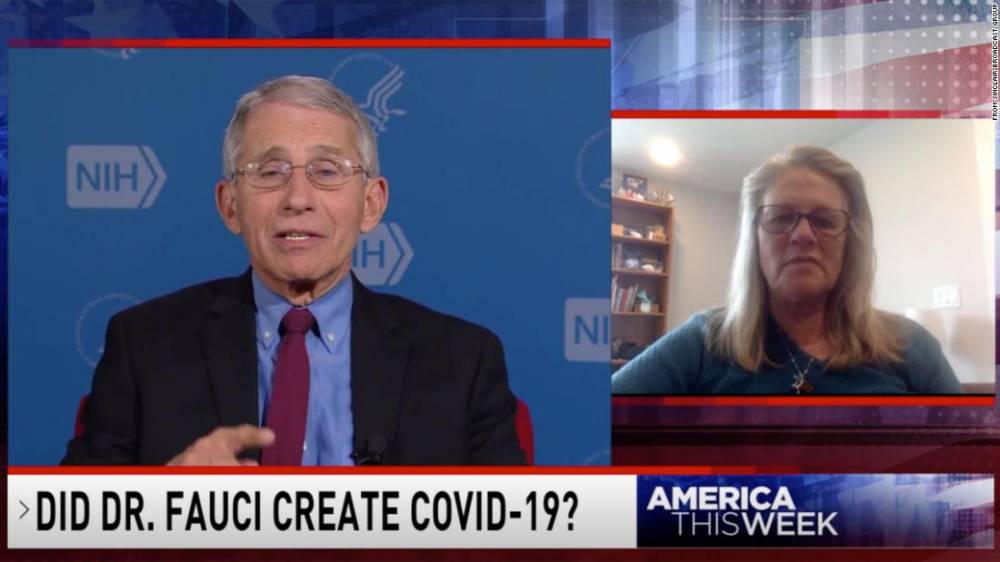 Mikovits told Bolling that Fauci had over the past decade “manufactured” and shipped coronaviruses to Wuhan, China, which became the original epicenter of the current outbreak. Bolling noted that this was a “hefty claim,” but did not meaningfully challenge Mikovits and allowed her to continue making her case.The segment ignited significant controversy after CNN Business reported on it Friday night. Local stations across the country started receiving complaints from viewers who requested they not air the segment, people who work at Sinclair stations told CNN Business, speaking on the condition of anonymity because they were not authorized to talk publicly.On Saturday morning, the company had defended airing the segment in a series of tweets, saying it did not endorse the conspiracy theory but was committed to providing its audience diverse viewpoints.Bolling had also previously stood by the segment, telling CNN Business that he also did not endorse the conspiracy theory, but that he was comfortable airing it because in a segment after the interview with Mikovits he spoke to a doctor who dismissed the idea Fauci was responsible for the virus.

In a statement provided to CNN Business Saturday afternoon, Bolling said he has “always welcomed all points of view” on his show, but that he was “caught off guard” by Mikovits’ claims.”I recognize this segment does need to be reworked to provide better context, and as such we are delaying the airing of the episode for one week,” Bolling said. “Let me also add that I have immense respect for Dr. Fauci and recognize him as the leading expert on this topic. For the past two months, I have consistently pursued the opportunity to bring Dr. Fauci on air so that he may provide critical information to the public about the virus. The invitation stands.”

Big chains filed for bankruptcy and closed stores every week in…