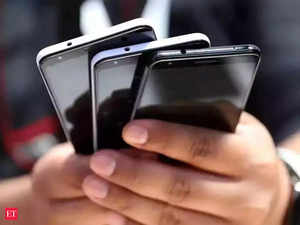 Prior to the implementation of GST, the composite VAT was between 6% and 7% .New Delhi: Mobile handset manufacturers have claimed that the recent 50% hike in GST rate was ‘erroneously’ based on the premise that pre-GST excise duty rate was 12.5%, when it was just 2%.

They sought an urgent roll back of the increase, saying it would “devastate” the sector already reeling from the impact of the Covid-19 outbreak, lead to huge job losses and a strong return of the grey market.

In a recent letter to finance minister Nirmala Sitharaman, the India Cellular & Electronics Association (ICEA) said the hike in the GST rate to 18% effective April 1 from 12% would “draw out Rs 15,000 crore from the ecosystem and devastate the retail sector already under attack from Covid-19″ and further impact 80 crore consumers at a time when their spending capacity could come under pressure.

The ICEA has Apple, Foxconn, Vivo, Oppo and Lava among its members.

In a separate letter to the finance minister of Uttar Pradesh, Suresh Kumar Khanna, the association has said in the GST Council it was “erroneously flagged” that the excise duty on mobile phones in the pre-GST era was 12.5%, which was then used as a justification to raise the rate to 18%. However, the ICEA said the excise duty in pre-GST era was actually 2%.

In order to correct the inverted duty structure, the association has proposed bringing down duties on parts and components.

“GST was introduced with the principle of revenue neutrality and by the assertion that total tax incidence will in fact come down after introduction of GST,” ICEA chairman Pankaj Mohindroo has said in the four-page letter to Sitharaman. However, the letter said, the mobile industry had been singled out while sectors such as textiles and footwear had been spared.

The mobile phone industry comprises more than 300,000 retailers, distributors and traders. This GST hike, according to smartphone manufacturers, would force many of the retailers to scale down or shut down their businesses. This will lead to an immediate job loss of more than 100,000, the letter said.

Consequently, the industry said, this increased GST would lead to a hike in mobile prices, making grey market a far more attractive proposition for consumers. This, at a time the economy is in a downturn, consumer demand was low and the Covid-19 has exacerbated the depression in consumer sentiment, with retail off-take already crashing by 30%.

If the hike wasn’t withdrawn, the industry warned that there was every reason for the grey market to return as in the early 2000s which would mean a loss of huge revenue to the government.

A U.S. recession? Probably. Depression? Only if the virus is untamed

Swaminathan Aiyar calls for a bigger Covid package on the lines of the US, says govt shouldn’t worry about fiscal deficit to deal with once-in-a-century crisis