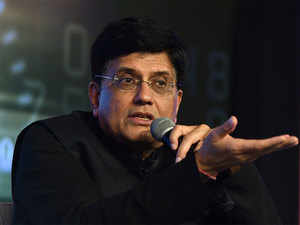 New Delhi: Commerce and industry minister Piyush Goyal on Saturday asked the entertainment industry to self-regulate their programmes on over-the-top (OTT) platforms as many of them portray India poorly.

“I support creative expression (but) there is a lot of misinformation there and poor portrayal of India and Indian society,” Goyal said at the Ficci Frames e-event.

His statement assumes significance in the wake of the government’s proposal of an institutional self-regulatory model similar to traditional media, that was rejected by most online video streaming platforms.

“It can be a wake-up call but one can’t glorify issues through such programmes. There have to be limits to allow global content to resonate,” Goyal said, and added that “high cultural and traditional ethos and moral values” need to be maintained in the country.

Emphasising that many professions have been successful with self-regulation but many have also disappointed the country, he said: “Many countries have cultural depravity and children develop bad habits but there is discipline and moral upbringing in our country”.

The minister also said that investments are not flowing in cinema halls and theatres as films are being released on OTT platforms.

“It may initially get huge money but will kill cinema halls,” he said.

Goyal also said that India will engage from a position of strength and if any country roadblocks Indian films to be shown there, then India will reciprocate and not allow their entertainment products to be showcased here.

“India will work with reciprocity and engage from a position of strength to get a fair deal for all our industries, including the film industry,” he said on the restrictive trade practices being put in place by countries such as China.

The minister said he would take up the issue of attracting film making in India but industry should be aware of the government’s fiscal constraints.

“We can simplify processes and work on a single-window with digital payments. We can take this up with I&B ministry,” he said.

While the government will reduce fee for MSMEs and startups when they apply for patents, Goyal asked industry to go for a minimum wage and social security for all those employed in the entertainment and film business or engage in the government’s various schemes as insurance, healthcare and social welfare for all stakeholders in the industry has been an “area of concern”.