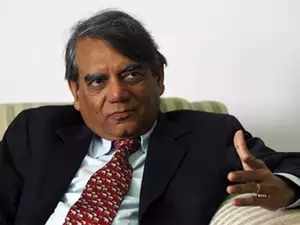 Rakesh Mohan cautioned that these are extraordinary circumstances and that RBI monetising the government debt should not become a precedent.

WorldIndiaConfirmed4,281Deaths111Confirmed1,345,048Deaths74,565Former RBI deputy governor Rakesh Mohan has called for invoking the escape clause under the FRBM Act even as he cautioned that it shouldn’t become a precedent.

He has called for invoking of the escape clause which allows the government extra room for spending. The government had earlier invoked this clause to relax the fiscal deficit target for FY20 from 3.3 per cent to 3.8 per cent.

He said that whatever programmes the government announces now, will have to be larger in scale than what has been announced so far. These programmes will indeed have to be financed by the RBI, he added.

He also said that the RBI should be ready for a huge fiscal cost.

Former RBI Governor C Rangarajan, in an interview to Bloomberg Quint, said that monetising of government’s deficit is inevitable as such a large expenditure cannot be managed without monetisation of debt. It was a practice that was stopped in 1997-98 during his tenure as governor.

Economists like Swaminathan Aiyar have strongly advocated for bigger stimulus measures on the lines of US which announced a package equivalent to 10 per cent of the its economy. Aiyar said that the support has to come from the RBI solely even at the cost of fiscal deficit shooting through the roof.

The government had announced a Rs 1.7 lakh crore relief package for those who have been hard hit by the lockdown in force to contain the spread of the coronavirus.