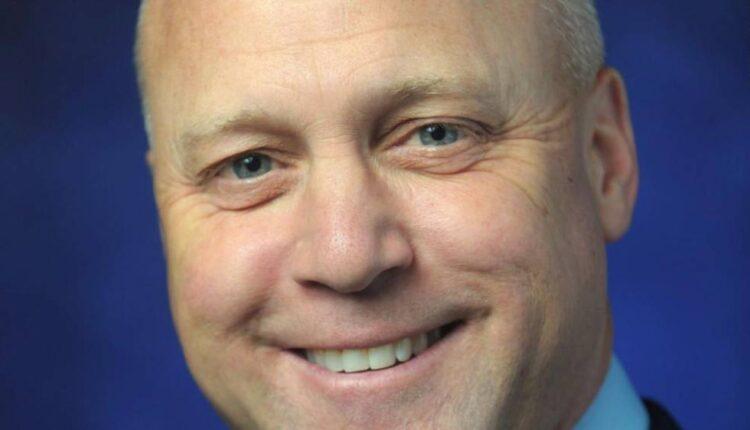 Mitch Landrieu is the founder and president of E Pluribus Unum, former mayor of New Orleans, former lieutenant governor of Louisiana and a CNN political commentator. The opinions expressed here are his own. View more opinion at CNN.

(CNN)Hurricane Ida pounded our south Louisiana cities and towns last Sunday with wind speeds as powerful as most communities have ever seen. With the dawn, we began to see the destruction around us, while knowing that Ida was continuing onto other parts of the South and beyond. The storm kicked communities that were already besieged by Covid-19 and its latest Delta variant. Hospitals and essential workers were already severely overtaxed and even now continue answering the call to serve. They leave families at home to make sure those in need are not left alone. 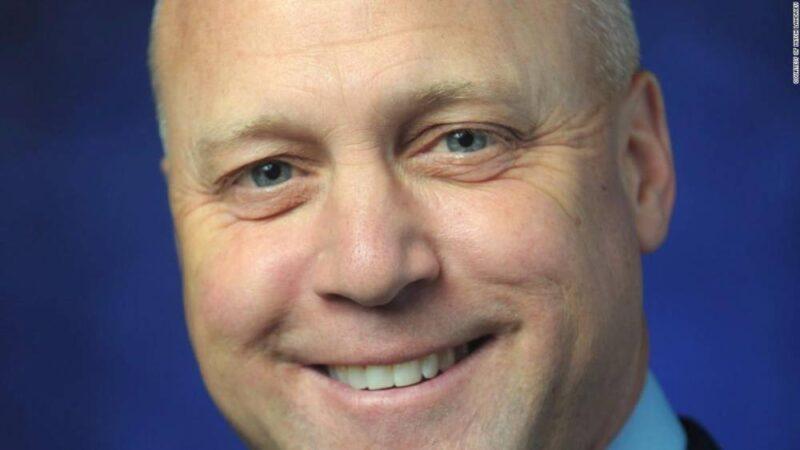 Mitch Landrieu Hurricane Ida swept in on the 16th anniversary of Hurricane Katrina. This was not lost on anyone, particularly those in New Orleans, where, even now, the trauma, pain and memories remain fresh. The new $15 billion hurricane risk reduction levee system that surrounds the city worked as designed. It was a huge return on investment for the American taxpayer.

The same cannot be said for the people of LaPlace and Saint John the Baptist Parish, who are reliving massive flooding nine years after Hurricane Isaac. Unfortunately, the $760 million levee along Lake Pontchartrain that would have protected St. John just broke ground in recent weeks. It’ll be several years before it provides protection from similarly situated storms. But even then, it will be well worth the cost.

Read More Many of the same challenges and consequences we learned after Katrina have re-emerged, but with each hurricane and natural disaster we learn new lessons as well. How we, collectively as a country, respond to these warnings will set a course as we accommodate to the weather volatility that comes with a changing climate. Here are the factors we must urgently consider:

Climate change is exacerbating the effect of weather

Rapidly intensifying hurricanes, like what happened with Ida and Hurricane Harvey, which hit Houston several years back, may be the new normal as a result of climate change. Climate change is projected to cause greater intensity in storm events, including hurricanes and severe storms, causing more flood and wind damage. This reality could render moot evacuation protocols and plans that haven’t been updated in recent years. It was just 74 hours from the time Tropical Depression Nine took shape in the Caribbean to the moment it made landfall as Ida — a Category 4 hurricane with sustained winds of 150 miles per hour. 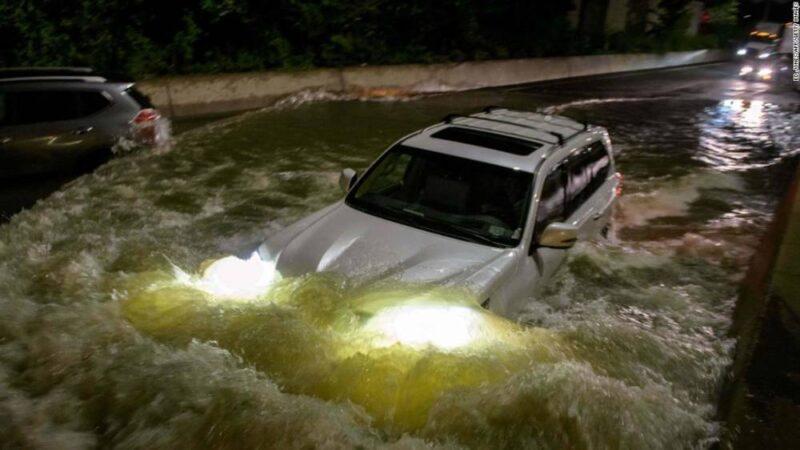 What happens if we hit snoozeThe storm remained strong as it made its way inland, a sustained power most of us have never seen in our lifetimes. We will undoubtedly learn why as meteorologists study Ida, but one reason could be the weakened and weakening Louisiana coastline. The marshes and barrier islands that served as a buffer against strong storm surge and interacted with previous hurricanes to slow them down are fading away, largely lost to human activity from levying the river to cutting pipelines through marsh as well as sea level rise and subsidence. The state of Louisiana has a $50 billion restoration and adaptation plan underway with major projects, which include restoring coastal wetlands and elevating homes, on the horizon. This type of storm proves just how valuable these initiatives are to the region’s future resilience. For our city and country to be truly resilient, we need more than levees holding back water and wetlands protecting us from storms; we must strike a balance between human needs and the environment that surrounds us while also combating the chronic stresses of violence, poverty and inequality.

The speed of the storm’s intensification also meant that well-designed plans to get people out of harm’s way could not be utilized. Consider what is needed for evacuation: transportation, lodging, food, medicines and work flexibility. Those with financial means got out of town. Those without means had to ride it out in severe conditions. 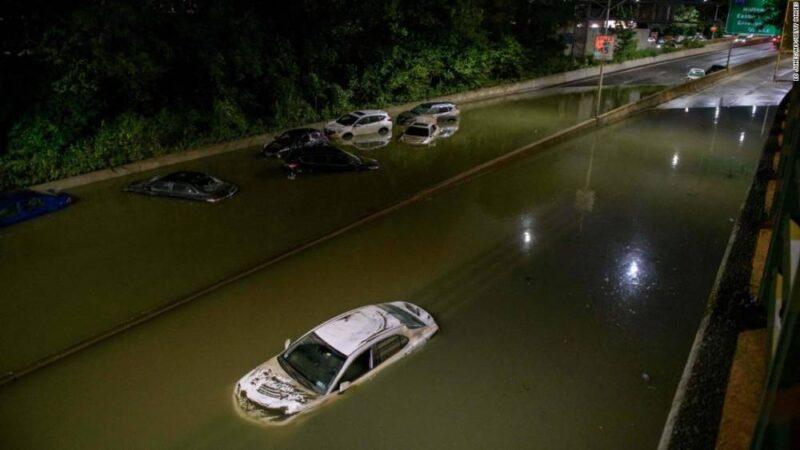 Climate scientist: This is a dystopian momentHurricane Ida, along with too many other disasters — especially in the South — battered our most vulnerable populations the worst. Floodwaters and winds did not discriminate as Ida hit White, Black, rich, poor, old and young. But as Lieutenant General Russel Honoré, once said:”Who is affected more when it’s cold? Poor people. Who is affected more when it’s hot? Poor people. Who is affected more when it’s wet? Poor people. Who is most affected when the economy is bad? Poor people. Poor people are the most fragile.” Of the many communities being affected right now, the poor face the greatest hurdles. They will need more help and for longer. Add in other elements such as extreme heat, loss of electricity, poor water quality, special insurance and you are adding more and more to an already full plate. These conditions are not unique to south Louisiana or the Gulf Coast. According to an audit conducted by the Poor People’s Campaign in partnership with the Institute for Policy Studies, nearly half of Americans cannot afford a $400 emergency. A study by the Center for American Progress noted that lower-income Americans are disproportionately harmed by disasters. Typically, they have fewer resources to prepare and recover including lower grade infrastructure in housing and are more likely to be impacted by the effects of a severe storm. Until we collectively deal with economic and racial equity, we will continue to grapple with historically marginalized communities being disproportionately hit over and over.

To rebuild stronger, we need to learn from mistakes

The recovery from Hurricane Ida, like our long journey after Katrina, will take time. It will also take a commitment from the federal government, along with states, cities and communities, to reinvest and rebuild in smarter ways. We often get caught up in the daily tasks, but there are important threads to consider — of lessons learned (and not learned), from Hurricane Katrina to the Great Recession, to Covid-19 and more, depending on where you live. All exposed a different weakness, whether physical infrastructure or social infrastructure. Each on their own could be viewed as an aberration. However, looking back at the overall arc, one must conclude that the greatest superpower on the planet, the United States, has lost so much because it refuses to learn from the past. I learned in kindergarten that we could not continue to do the same thing and expect a different result. We will need those in Washington to remember that fundamental lesson as well. Get our free weekly newsletter

While natural disasters and systemic inequity continue to shape the South, we determine our path forward. Ida will not be the last storm and certainly not our last challenge. No one should be surprised that the people of Louisiana refuse to bow down or be beaten by a storm or a virus. Through it all, we will continue taking care of each other. Cleanup has already begun, and we will power through with a helping hand and an open heart until we can all get back on our feet. We have been here before. We’ll be here again. Hurricane Ida has shown us again that we are all connected and truly better together, creating a stronger South and nation. We will come back and write our story — a better story, together.