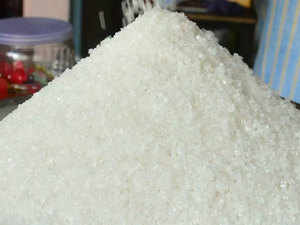 As on 15th March 2020, 136 mills have stopped crushing and only 321 sugar mills in the country were crushing. As compared to that 173 mills had stopped operations last year as on 15th March 2019 and 354 mills were operating then.

In a release issued today, ISMA said, “As per reports available, sugar mills have dispatched almost 30 lac tons of sugar from their factories for export against MAEQ of 60 lac tons till 15.3.2020. As per market sources, about 36-38 lac tons of sugar have been contracted for exports so far. The current unprecedented situation due to outbreak of COVID-19 has impacted the global sugar prices also. However, the impact could be temporary.”

The fall in sugar production from Thailand to the tune of 5 million tons as compared to last year, and the recent decision of Indonesian Government to allow 600 ICUMSA sugar at a concessional import duty from India, Australia and Thailand, gives an additional opportunity to India to export large quantities of sugar to Indonesia.

“In addition, Indonesian Government has issued an additional import quota to its refineries and considering that sugar availability from Thailand is lower to the extent of 5 million tons, which will also reduce sugar exports from Thailand to Indonesia, the Indian raw sugar has a very good chance of getting exported to Indonesia. Hence, it is expected that sugar exports from India will again pick up soon,” said ISMA.

The COVID-19 impact has also reduced sugar off-take from sugar mills in the last 15 days or so. “It is understood that sugar in the pipeline would have got sold in the wholesale and retail market in the last couple of weeks. As per experts in the market, it is expected that fresh buying from the sugar mills may take place soon because the pipeline would have largely dried up during the last couple of weeks. That should control sugar prices and the buying should help the sugar mills,” the release said.

As on 15th March 2020, 136 mills have stopped crushing and only 321 sugar mills in the country were crushing. As compared to that 173 mills had stopped operations last year as on 15th March 2019 and 354 mills were operating then.

In U.P., 119 sugar mills which were in operation, have produced 87.16 lac tons of sugar till 15th March 2020. Out of 119 sugar mills, one sugar mill has stopped crushing operation. Compared to this, 117 sugar mills in the State were in operation last year and they had produced 84.14 lac tons as on 15th March 2019. Mills in U.P. had started about 10-12 days earlier than last year, and, therefore, have produced slightly more than what they produced in the last season on 15th March. It is estimated that U.P. will be producing similar quantity of sugar as was produced last year at around 118 lac tons.

“In Maharashtra, sugar production till 15th March’ 2020 was 55.85 lac tons, compared with 100.08 lac tons produced last year same period. In the current 2019-20 SS, 56 mills have already closed their crushing operations in the State and only 90 sugar mills are operating. On the corresponding date in last season 101 mills had closed their operations while 94 mills were in operation. However, the daily rate of crushing in the current season is significantly lower than last year and the mills currently operating will be closing earlier than last year,” said ISMA.

In case of Karnataka, till 15th March, 2020, 63 sugar mills have produced 33.35 lac tons of sugar. Out of the 63 sugar mills, 50 mills have already closed their operations in the State and only 13 mills are in operation. During the corresponding period last year, 67 sugar mills had produced 42.45 lac tons sugar. Of the 67 sugar mills, 56 had ended their operations and 11 mills were in operation as on 15th March 2019, last year. Considering the daily crushing are as of now in Karnataka and the special season in July – September, total of around 34 lac tons of sugar is expected to be produced in the State.

In case of Tamil Nadu, Out of 24 sugar mills which operated this season, 1 sugar mill has ended its crushing (as against 3 mills which had closed last year out of 32 sugar mills). Till 15th March 2020, sugar production in the State was 4.12 lac tons, compared with 5.54 lac tons produced by 32 sugar mills on the corresponding date last year.

Foreign trade policy with goal of self-reliance in works