View: India isn’t US, it must get its people back to work as soon as possible 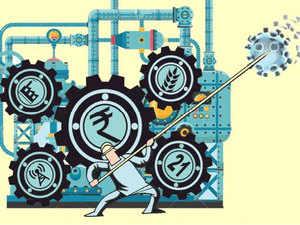 Indian policymakers have wisely resisted calls from members of the business community and some economists, who say that India could follow the example of developed countries and simply print as much money as is required to keep the economy going through the shutdowns.

Just outside my home in Delhi, migrant workers flow by all day, their fates unclear. They are walking home to villages near Lucknow, Kanpur and points beyond, jammed together in packs. None knew when their next meal would come or how long it would take to get home. Almost all said they understand why the government locked down the country to contain a deadly disease. If they die of hunger on the road or when they get home jobless, they say, it doesn’t matter.

That doesn’t mean India should not think twice. New Delhi imposed the strictest lockdown measures in the world, designed to keep1.3 billion people at home, on the logic that if the pandemic gets out of control, India’s frail healthcare system won’t be able to cope. It was hard to imagine the exact economic fallout. But harrowing images of migrant workers flooding out of the major cities by the tens of thousands have made the unintended consequences painfully clear.

Many countries are already debating when to ease the lockdowns. In the United States, which now has more coronavirus cases than any other country, President Donald Trump and his pro-business allies are pushing for an early return to work. In India, it is the normally probusiness upper class that wants to keep stringent containment measures in place for as long as it takes to control the virus. Left wing intellectuals call this approach a “socioeconomic purge”, which will save only those who can afford to isolate themselves. The rest risk death by starvation if not the pandemic.

Going back to the Spanish Flu of 1918 and the Asian Flu of 1957, governments have long faced a trade-off between public and economic health. India needs to recognise that it cannot face these brutal choices in the same way as more developed nations with fully functioning welfare states. In the US and Europe laid off workers can file immediately for unemployment benefits, and some European governments are now funding companies to keep employees on the payroll through the pandemic.

India has myriad welfare programmes from MGNREGA to the Jan Dhan Yojana, but it is still hard for many migrant and poor urban workers to access these schemes. Faced with similarly harsh limitations and realising that social distancing is impractical in poor, crowded societies, most sub-Saharan nations have not imposed lockdowns. Those that have, such as South Africa and Kenya, have seen violent clashes pitting crowds rushing to get home against police wielding truncheons and teargas to enforce lockdown orders.

There is no one-size-fits-all response to a global pandemic. Low income countries have a more fragile economic and social fabric than developed countries, and cannot afford the same choices. Even China’s authoritarian regime, which effectively sealed off Hubei province and its population of 60 million, would have been hard pressed to extend the lockdown nationwide. Now, it is rapidly lifting those restrictions, at the calculated risk of a second wave of infections arising from returning workers.

In the US, prominent medical experts from Stanford, Yale and other universities are now calling for an end to city and statewide shutdowns in favour of targeted measures to protect the elderly and other vulnerable populations. To doubters who say these calls put business before human lives, these experts point out that mass unemployment and poverty also raise mortality rates, and that a lockdown induced economic depression could conceivably prove more deadly than the virus.

The same point goes double for nations like India, where the government lacks the means to support a vast population of idled young workers for long. The economic support measures it has launched so far amount to a fraction of what developed countries are spending, but about the same amount as fellow developing countries like Brazil and Indonesia.

Indian policymakers have wisely resisted calls from members of the business community and some economists, who say that India could follow the example of developed countries and simply print as much money as is required to keep the economy going through the shutdowns. This careless advice reflects a basic misunderstanding of how global markets punish emerging countries for profligate spending. Ask Argentina and Venezuela.

Investors around the world are rushing to buy the US dollar, as a safe haven. They are fleeing emerging world currencies including the rupee. If India pursues policies that indiscriminately widen its already large deficit, drive up its already high long term interest rates, and further undermine confidence in the rupee, it will trigger a full blown run on the currency and a financial crisis. It is fine to junk pre-crisis deficit targets but not basic economics.

The hope is that the measures the government has already taken and the notion that warm weather slows the spread of coronavirus will prevent the virus from spreading at an exponential rate. If that hope proves mistaken, it will be very difficult to change course. But for now the government should be thinking about ways to ease the nationwide lockdown when it expires on April 15.

It could begin by loosening restrictions in less-hard hit regions, and among the young, healthy, least vulnerable populations. In developing countries, without an extensive social safety net, the focus needs to be on getting people back to work as soon as possible.

The writer is an author and global investor

View: Putting finance on ice will only store up trouble for Covid-hit India