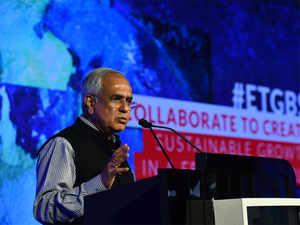 Rajiv Kumar further added that the nationwide lockdown was an “absolute necessity,” to control the pandemic.

New Delhi: Gross Domestic Product growth is likely to be impacted in FY21 due to zero economic activity right at the beginning of the fiscal, Niti Aayog Vice Chairman Rajiv Kumar has said.

The government is likely to announce more measures to prevent the Covid-19 outbreak to have a wider impact on economic activity, and also address liquidity issues to ensure no insolvency cases arise during this crisis, Kumar said.

“Of course, GDP growth for the next fiscal would be impacted if you have 15 days of the quarter with zero economic activity. It is obvious,” Kumar told ET in a telephonic interaction.

Kumar said that the finance minister’s relief package for the marginalised, announced on Thursday, establish the government’s priority in taking care of people who are most affected by the crisis. “Subsequent packages will follow, focussing on how to prevent a wider impact in economic activity, so liquidity is addressed, and this situation does not lead to insolvency and bankruptcy,” Kumar said. “This is the highest priority of the government right now.”

“The government was seized of the issues, and there shouldn’t be any panic about the availability of essential commodities,” Kumar said, adding that various government wings were working closely to address issues.

On Thursday, SBI pegged India’s FY21 GDP estimate at 2.6%, with a clear downward bias, with Q1 GDP numbers witnessing a contraction. GDP estimates for FY20 could also be revised downwards to 4.5% from 5%, with Q4 GDP growth pegged at 2.5%, SBI said. The total cost of the lockdown could be at least ₹8.03 lakh crore in nominal terms.

Meanwhile, global analytics firm Crisil estimated GDP growth next fiscal year plunging to 3.5% in the aftermath of the pandemic.

“The pandemic in India and the consequent lockdown for 21 days pose a material risk to our India economic outlook…,” the firm said in a statement on Thursday.

Kumar further added that the nationwide lockdown was an “absolute necessity,” to control the pandemic.