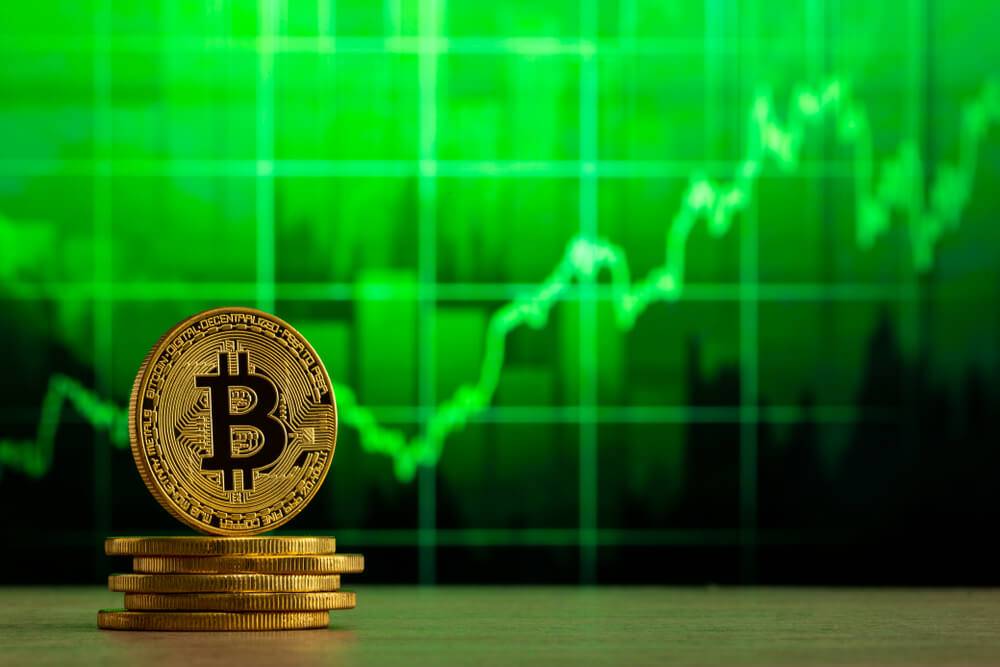 Crypto investors have their foot on the pedal as bitcoin and altcoins reach multi-month highs. | Image: shutterstock.com

Bitcoin and the broader digital asset market advanced on Thursday, extending an impressive streak of gains that has pushed the total market cap to six-month highs.

Most of the top cryptocurrencies in circulation printed fresh gains on Thursday. Bitcoin peaked at $9,856.43 on Bitstamp, the highest since September. The largest cryptocurrency is up more than 36% year-to-date, easily outperforming the broader financial market.

Ethereum rose nearly 5% to $212.33. The so-called developer’s cryptocurrency is up more than 63% since the year began.

Taken as a whole, the cryptocurrency market peaked just below $278 billion, the highest since August. The market is up more than $87 billion this year, mirroring a strong start to 2019.

There were no immediate catalysts behind the recent rally or for crypto’s sudden resurgence this year. Some analysts have speculated that bitcoin is emerging as a viable safe haven for investors seeking refuge against economic risks, geopolitical uncertainty and the worsening coronavirus epidemic.

There’s some evidence to support this.

Bitcoin and gold have shown positive correlation through the first six weeks of the year. Despite vastly under-performing bitcoin, gold peaked near seven-year highs last month as the price rocketed past $1,600.

While bitcoin is clearly enjoying a technical tailwind after clawing back above $9,000, altcoins seem to be benefiting from an extremely oversold market. Alts got pummeled in the second half of last year, basically giving back all their earlier gains.

Despite the sustained upward push, cryptos are still vulnerable to extreme volatility and steep pullbacks. A lack of retail interest and the permanent exit of investors following the 2018 bear market still permeate to this day. To many would-be investors, the hype surrounding blockchain currencies is nowhere near what it was three years ago.

Investors are also reminded that prices move very quickly in the crypto markets. Not even eight months ago, the crypto market cap had peaked near $385 billion after nearly quadrupling over a six-month stretch. Between June and December, the market would go on to shed $200 billion, or more than half its value.