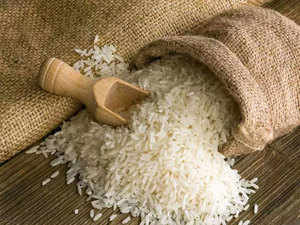 Representative ImageCHANDIGARH: Rice mills across the country almost came to a grinding halt, despite milling being exempted under essential services, as the lockdown to check Covid-19 spread kept workers from reaching the factories.

The development comes at a time when demand from domestic as well as global market had shown an uptick in recent weeks.

A few operational companies such as LT Foods said they were facing challenges in managing logistics and labour to maintain their supply lines. “The government has given permission as basmati rice is an essential commodity. The company has given utmost priority to safety of its workers, as it is need of the hour,” Ashwani Kumar Arora, managing director, LT Foods told ET.

But most millers said they had given up hope of an early resumption of operations in the current scenario as logistics and movement of workers is affected. The ongoing curfew in Punjab raised concerns over safety of plants and available rice stocks as private security was hampered, they said.

“The lockdown has restricted private security guards from coming on duty and it has made plants prone to looting,” said Ashok Sethi, president, Punjab Rice Mills Association. He said the matter was raised with the deputy commissioner’s office.

“It is difficult to run operations in prevailing circumstances,” said Sanjay Gupta, director of Karnal-based Bharat Cereals. The authorities were not allowing assembly of more than five people, he said.

Basmati rice exporters said they were also concerned about the status of shipments en route overseas destinations. The lockdown has brought further shipments to a standstill as the ports are hit and trade related crucial procedures including phytosanitary inspections and couriers services remain affected.

“Rice shipments worth Rs 5,000-6,000 crore on their way to foreign destinations are likely to be affected,” said Vijay Sethia, former president of the All India Rice Exporters Association. “Around 400,000 tonnes per month of rice was being exported from India, and now the trade has come to a standstill.”

Rice exports from India fell 35% in the first three quarters of this financial year. However, demand picked up in the past few weeks owing to panic buying in response to the pandemic, according to traders.

Madhya Pradesh leads the way in wheat procurement followed by…

Assam to set up 100 Farmers’ Producers Company for ramping up…

Asymptomatic spread of coronavirus is ‘very rare,’ WHO says

The U.S. entered a recession in February, according to the official economic arbiter