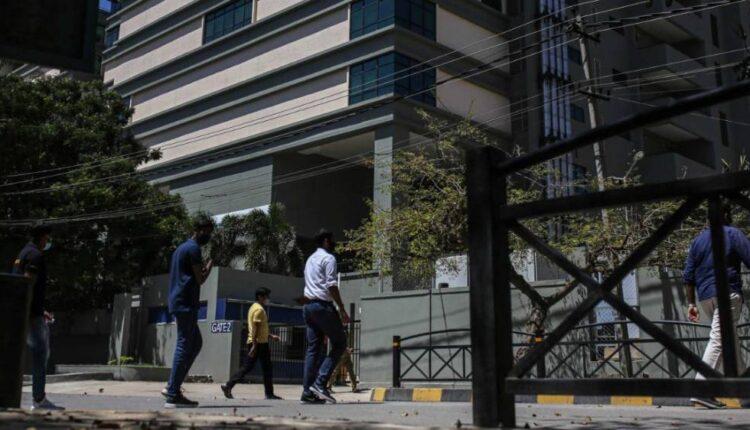 New Delhi (CNN Business)More than two decades ago, India began its transformation into a global IT powerhouse, ushering in an era of wealth and job creation never before seen in the country.

Now, Asia’s third largest economy is ready for the next big frontier in tech: Coming up with a new generation of software companies like Zoom or Slack.The Covid-19 pandemic has forced business around the world to make huge investments in digital infrastructure, furthering the influence of companies providing software-as-a-service, or SaaS. Businesses spent an extra $15 billion per week last year on tech as they scrambled to create safe remote working environments, according to a KPMG survey. 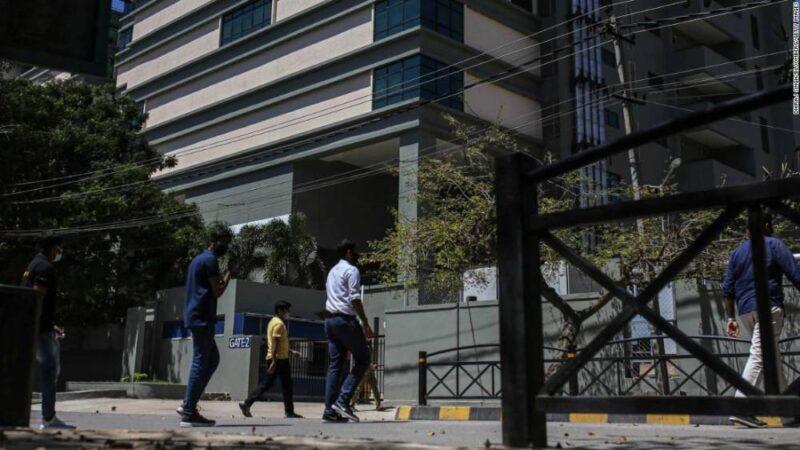 TCS employs more than 500,000 people. It's ready to ditch office life for many in IndiaSaaS companies provide web-based applications that take care of everything from how secure the software is to how well it performs. Some of the world’s most well-known SaaS companies include Zoom (ZM), SAP Concur and Salesforce (CRM), the American behemoth that owns workplace messaging app Slack.

India’s software-as-a-service industry could be worth $1 trillion in value by 2030 and create nearly half a million new jobs, according to a recent report compiled by consulting firm McKinsey & Co. and SaaSBoomi, a community of industry leaders.Read MoreThere are nearly a thousand such companies in India, of which 10 are unicorns, or startups worth at least $1 billion, the report said. “This can be as big an opportunity as the IT services industry was in the 90s,” said Girish Mathrubootham, CEO of Freshworks, India’s best-known SaaS company. It filed for an IPO last month, joining a string of other major Indian tech unicorns that are going public this year. Freshworks was founded more than a decade ago in the southern Indian city of Chennai. Like Salesforce, it provides software to help companies manage relations with their customers. It’s also India’s oldest unicorn in the sector, having raised funds from investors such as Tiger Global and Accel, and has more than 50,000 customers. The company was last valued at $3.5 billion in a 2019 funding round, according to data firm Tracxn. Other Indian SaaS firms have found traction by focusing on niche businesses. Zenoti, for example, is a unicorn that builds software for the spa and beauty salon industry. Of India’s 10 SaaS unicorns, six reached that milestone in 2020, and investors around the world are paying attention. Last year, investors pumped $1.5 billion into Indian SaaS companies, four times more than in 2018 or 2019, according to the SaaSBoomi report.

Investors are excited about SaaS because of the “massive adoption” of software over the last decade, according to Mohit Bhatnagar, managing director of Sequoia Capital India. 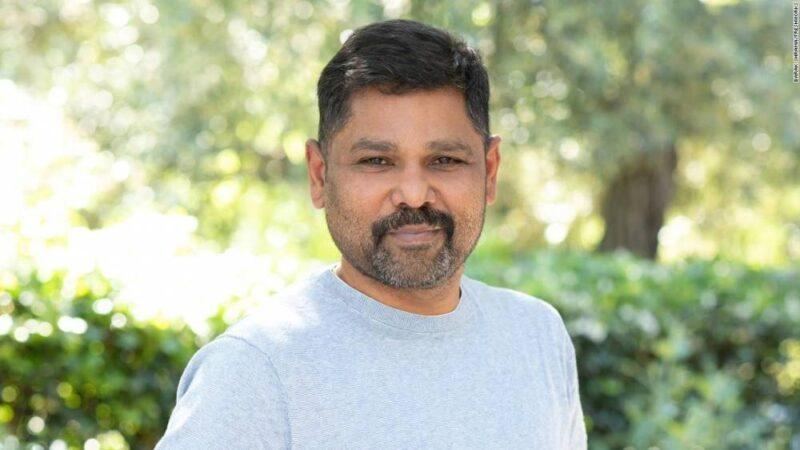 Girish Mathrubootham, CEO and founder of Freshworks, a “SaaS” or “Software-as-a-service” company founded in Chennai, India.While India is a small player in the global SaaS market, investors say the country could eventually dominate the sector because of two things: its vast pool of English-speaking developers, and the relatively low cost of hiring them.Thanks to the rise of India’s IT industry, software engineering has become one of the most sought-after career options in the country. “India actually has one of the largest developer communities in the world,” Bhatnagar told CNN Business. Many of them have worked at some of the biggest global tech companies.Abhinav Asthana, the co-founder of Postman, pointed to his experience working as an intern at Yahoo in Bengaluru as instrumental in the decision to build his product. He came up with the idea to build a tool that would simplify the API (Application Programming Interface) testing process. An API is a programming code that defines how two applications communicate with each other, and Postman says it has made it easier for engineers to work together as they design and build their APIs. “We saw how software was created at these global companies, and we saw API was a key problem,” Asthana told CNN Business.Now, Postman is India’s most valuable SaaS unicorn, with a valuation of $5.6 billion.

The low cost of operating in India is a big plus. According to a report by consulting firm Bain & Company, the salary of entry-level developers in India is 85% less than their counterparts in the United States. 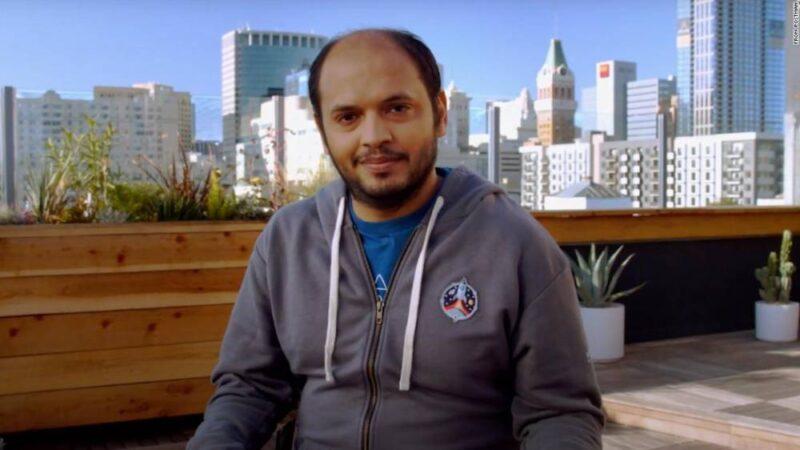 Abhinav Asthana, CEO and co-founder of Postman in India.”If you are building a SaaS company in the US, it is better to have a million-dollar client rather than a $10,000-client because you need to pay for sales and marketing in that country,” said Prasanna Krishnamoorthy, managing partner at SaaS accelerator Upekkha. “When you are serving customers from India, you can have these small and mid-sized companies, as well as large ones.”Most SaaS companies focus on global clients, similar to the strategy that was followed by India’s IT giants such as TCS and Infosys (INFY). Investors see this as a welcome change, since most of India’s oldest unicorns — from Flipkart to Paytm — have focused primarily on the domestic market.Almost 98% of Fortune 500 companies use Postman’s products, according to Asthana, while Freshworks’ first client was based in Australia. SaaS firms are much better placed to go global than e-commerce companies like India’s Flipkart, for example. They write software once, and then are able to use it multiple times. 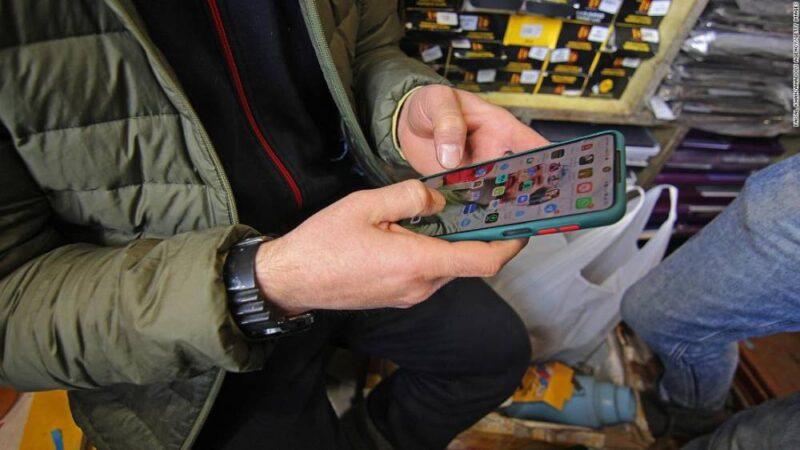 India is churning out billion-dollar startups. Now they need to start making money”For a Flipkart you need billions of dollars [to grow internationally], but for a Freshwork you need much less capital to go global,” said Mathrubootham, who is also an investor in Postman. This is because e-commerce firms require a ton of money to set up physical operations elsewhere — they have to hire delivery drivers, rent warehouses and buy inventory.Bhatnagar of Sequoia Capital said that Indian software entrepreneurs “mastered” the art of “remote sales” fairly early. “Honestly, in this last two years, the whole world has had to understand how to do better remote sales,” he added.Despite the euphoria, there are some hurdles Indian companies have to overcome before they can deliver on the $1 trillion promise. Indian engineers trained in the IT services industry may find it hard to develop the discipline required to build a product-focused company.In IT services, “you are selling bodies and you say yes to everything the customer says,” said Krishnamoorthy. SaaS companies, on the other hand, have to say no to 99% of [potential] customers, he added. And India’s startup ecosytem is still relatively immature when compared to Silicon Valley. Despite the massive size of some homegrown unicorns, Mathrubootham said that the country does not have a “global tech powerhouse product brand.”

But he hoped that future SaaS companies can change that. “It is my personal dream to see India as a product nation,” he added.