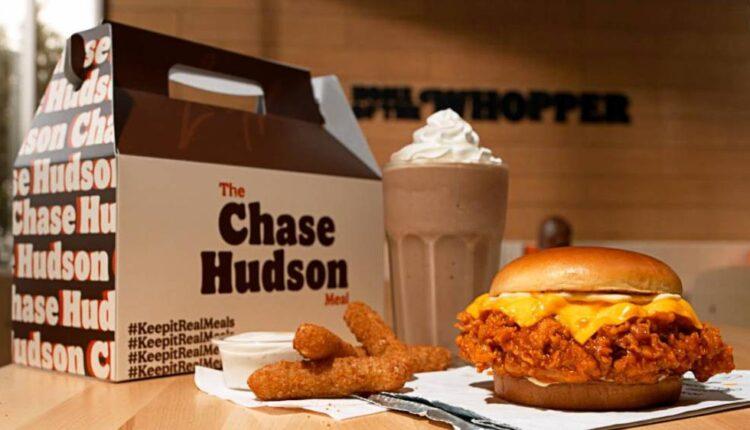 New York (CNN Business)Burger King’s menu is getting a big makeover and its customers might not even notice. That’s why Burger King is hiring celebrities to promote the changes.

The burger chain announced Thursday that it’s banning 120 artificial ingredients from its food, ranging from the ketchup to buns, as part of its commitment to deliver “real food.” Burger King said customers won’t notice any difference with the taste of its food despite the changes. Burger King’s Chief Marketing Officer Ellie Doty told CNN Business that it’s a “big milestone” for the company, which has gradually been eliminating artificial ingredients flavors and colors over the past five years. The brand notably captured people’s attention last year when it showed a moldy Whopper in its ads. The point was to promote its new, preservative-free Whopper.

Thursday’s announcement is an extension of the brand’s mission to attract customers that are gravitating toward eating more wholesome ingredients. For this refresh, Doty said the chain has replaced its preserved pickles with fresh pickles. Other condiments that have been replaced with artificial-free alternatives are its mayonnaise, ranch dressing and ketchup.

“We put every single food item that had a change associated with it through some exhaustive consumer testing so that we could ensure that not only the ingredient matches or is better than its prior taste,” Doty said. Read MoreFast food chains like McDonald’s (MCD), Panera and Taco Bell have made similar moves in recent years. 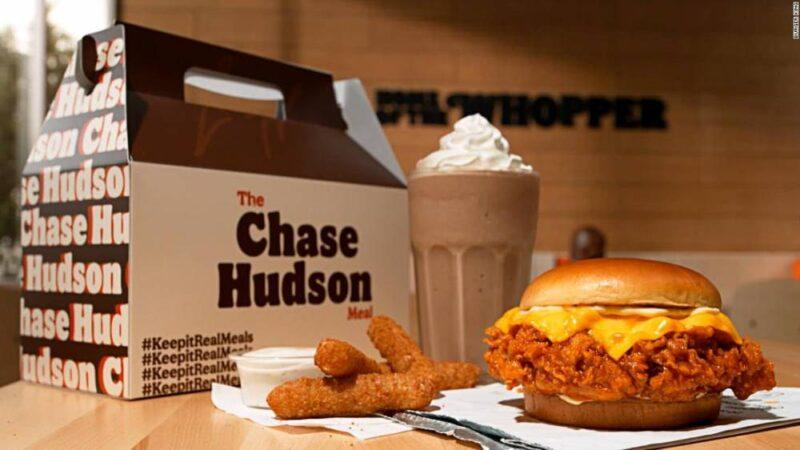 Here is Lil Huddy’s meal, which goes on sale Sunday.To promote the initiative, Burger King is imitating McDonald’s and introducing meal deals created by celebrities. The “Keep It Real” meals, which goes on sale this Sunday, uses their real names instead of their better known stage names. For example, rapper Nelly created the “Cornell Haynes Jr. Meal” that includes a Whopper with cheese, small fries and small Sprite. The meal from Bazilian singer Larissa Machado, which fans recognize as Anitta, is the same as Nelly’s meal but has an Impossible Whopper instead. Rapper Lil Huddy, a.k.a. Chase Hudson, created a meal that includes its new spicy chicken sandwich, four-piece mozzarella sticks and a chocolate shake. Taking a page from McDonald’s successful promotion could help Burger King’s fortunes. Restaurant Brands International (QSR), its owner, reported in July that sales jumped about 18% in the second quarter, but CEO Jose Cil isn’t pleased about its performance. (In comparison, McDonald’s sales soared 26% during the same time period.)

“However, we’re not performing at the level that we expect from ourselves or aspire to,” Cil remarked in an analyst call. “We understand our biggest areas for breakthrough opportunity. So, our underlying issue has really been focused and pace.”The chain has recently rolled out new branding, expanded its loyalty program nationwide and introduced a new chicken sandwich to help compete against its rivals.