View: It is time for states to step up and provide the much-needed covid relief 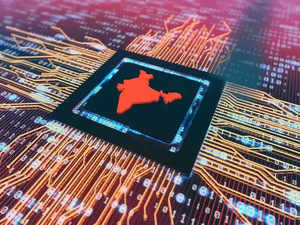 GoI has the power to use monetary, fiscal and credit policies to mobilise finance to direct RBI and other institutions to ease financial constraints that may inhibit resource allocation required for ramping up scale.

India’s economy has come to a grinding halt with the national lockdown. As industry after industry winds down and the services sector comes to a standstill, we are witnessing a massive migration of labour from urban centres to villages all over the country. Covid-19 is likely to shave off close to 2% of GDP growth in FY2021. This will further erode the job market.

RBI announced a cut in interest rates, an extension of loan terms, ramped-up government and corporate bonds purchases, and enhanced liquidity to keep the economy afloat. While all these measures are useful, they do not add up enough to counter the double-whammy of persisting economic slowdown and Covid-19 lockdown.

Every farmer family identified under PM-KISAN, who were to get Rs 6,000 during the year, will now get Rs 2,000 in their account in the first week of April — although it’s unclear whether it is on top of the promised Ra 6,000 or its first instalment.

This also holds true for senior citizens, widows and differentlyabled persons — most of whom are already getting a monthly pension — being provided Rs 1,000 in their accounts. Would they get this amount in addition to the pension already due tothem?

To prevent large-scale retrenchment, a certain amount would be transferred in the provident funds of those with an income less than Ra 20,000 a month. But retrenchment would happen because businesses would either be closing down or cutting down on costs. What is the incentive for the employer to retain the entire workforce and ride out this crisis?

Under the Mahatma Gandhi National Rural Employment Guarantee Act (MGNREGA) scheme, the wage rate has been increased by Rs 20. But for the entire lockdown period, there would be no work. So where would these potential workers go to earn wages? Second, as MGNREGA guidelines now require work to be of an enduring nature (read: capital), work can’t be ‘opened’ to absorb the massive numbers close to where potential workers live, as was originally envisaged.

Third, a massive amount of wage reimbursement from the states is pending with GoI. So, states are worri ed of overcommitting their finances. Women self-help groups (SHGs) will now get up to Rs 20 lakh, instead of Rs 10 lakh, as working capital. If the demand remains flat, SHGs won’t borrow more. This is also true of the steps taken by RBI to decrease interest rates and enhance liquidity in the system.

While there is much more that GoI could do to prevent an economic collapse, in the short run, it is the state governments that must bear the major responsibility, both in terms of dealing with Covid-19 as well as its economic mitigation.

GoI has the power to use monetary, fiscal and credit policies to mobilise finance to direct RBI and other institutions to ease financial constraints that may inhibit resource allocation required for ramping up scale. The implementation of the measures would have to be at the state level. Every state has different circumstances and the solutions would also have to be local.

As the situation changes from hour to hour, administration would have to be nimble-footed, and it will need to recalibrate its response on a real-time basis. States must be provided with enough financial resources to deal with the ever-changing reality — above all, to ensure that no one starves or dies because of lack of state support.

GoI must undertake the following in order of priority to ease the fiscal burden on states and to empower them:

*Immediately make available a grant of Rs 1-1.5 lakh crore to the states to be availed in tranches on a per-capita population basis, or any other formula acceptable to the states.

* Ask RBI to make available a special zero-interest ways and means advance (WMA) window of `50,000-1 lakh crore, which can be availed using the same criteria as above. The window should be for a fixed period of 11months, from April 1 with appropriate roll-overs considered, to December 1 if necessary. States, on their part, should commit not to draw down the interest-bearing WMA during the same period beyond the agreed calendar.

*Relaxing the borrowing limits of the states would help. However, given the current fragile position of the bond market, and as state development loans (SDL) attract a higher rate of interest than GoI borrowing, all fresh borrowing for the financing of expenditures to combat the pandemic could be undertaken by GoI. If required, on-lending arrangements to the states can be worked out.

* Fiscal deficit targets must be reset. If the fiscal stimulus to meet the challenge has to be large enough, say, 2-2.5% of GDP, the fiscal deficit should be 5% this year. At the same time, while expanding its balance sheet, GoI must also put in place the glide path to wind down the deficit to 3% in the next 2-3 years.

How India can rise to the Covid challenge

United CEO: We won’t be ‘anywhere close to normal’ until there’s vaccine

The pandemic is threatening to erase women’s progress