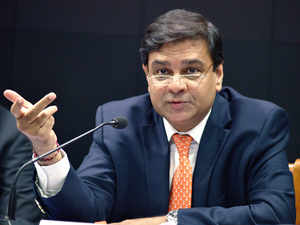 Patel, who quit in December 2018 amid differences with the federal government over central bank independence, lauded PM Modi’s administration for immediately assisting some of the nation’s poorest citizens with food and money, and called for more Covid-19 tests.


India must keep public finances relatively healthy to stave off a possible second wave of risks in the financial sector once the coronavirus crisis abates, said a former central bank governor.

While calls for a stimulus are rising, India cannot risk a significant widening of its perpetually high budget deficit, Urjit Patel wrote in the Financial Express newspaper. He said the government’s recent steps to include Indian bonds in global indexes opens the door for unstable foreign capital inflows and policy makers must be vigilant about the nation’s banking sector.

Patel, who quit in December 2018 amid differences with the federal government over central bank independence, lauded Prime Minister Narendra Modi’s administration for immediately assisting some of the nation’s poorest citizens with food and money, and called for more Covid-19 tests. He’s the second ex-Reserve Bank of India head in recent days to urge Modi to focus on what comes after the pandemic.

“At some point, international investors will begin to sharply distinguish between countries along the principal measure of how successfully the health challenge is being met, which will determine how quickly and durably individual economies will get back on their feet,” Patel wrote. “This could induce another financial ‘wave’ that we need to prepare for by maintaining relative macroeconomic stability.”

One policy that came under particular criticism from Patel was the RBI’s decision last week to open up a wide swath of its sovereign bond market to overseas investors. Going down this policy route is “puzzling,” he said.

“While we erect trade barriers to imports through higher custom duties, we are opening the capital account for ‘bond tourists’ further,” Patel said. “How does one square this circle since it is well founded that high import barriers ultimately undermine national competitiveness and it is mostly export earnings that will have to service external liabilities?”

Modi’s government has provided virus-relief stimulus of just 0.8% of gross domestic product, leaving the heavy lifting to the central bank, which has injected cash worth 3.2% of GDP since February. Despite this, bond yields are sticky because of concerns about the budget deficit given that revenue will fall sharply due to a lockdown to combat the virus, Patel said. He suggested banks retain almost all profits to enhance capital buffers rather than distribute dividends.

Patel warned that if fiscal and monetary responses are overdone, the likelihood of macroeconomic instability increases. “It is a fine line between aggressively proactive and being perceived as reckless,” he wrote.