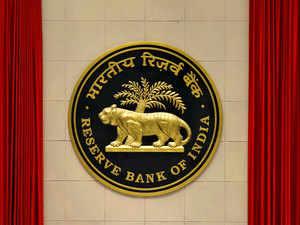 With the mega merger, 6 public sector banks will cease to exist from April 1, necessitating changes in the convenorship.

The convenorship of merged banks will be transferred to anchor banks.

The government on March 4 notified the amalgamation scheme as part of its consolidation plan to create bigger and stronger banks in the public sector.

As per the scheme, Oriental Bank of Commerce and United Bank of India will be merged into Punjab National Bank (PNB); Syndicate Bank into Canara Bank; Allahabad Bank into Indian Bank; and Andhra Bank and Corporation Bank into Union Bank of India.

Following the merger, PNB will become the SLBC convenor of Delhi. Currently, the responsibility rests with Oriental Bank of Commerce, RBI said in a notification.

For Tripura and West Bengal too, convenorship will be transferred to PNB from United Bank of India, it said.

The new SLBC convenor for Andhra Pradesh will be Union Bank of India as Andhra Bank is being amalgamated with the Mumbai-based lender.

Even for Karnataka, Syndicate Bank will transfer the responsibility to Canara Bank which is going to acquire the former. Similarly, district lead bankers would also be revamped. As many as 111 districts will see new lead bankers beginning next fiscal.

SLBC came into existence under Lead Bank Scheme as per RBI guidelines. SLBC is an inter-institutional forum at state level ensuring coordination between the government and banks on matters pertaining to banking development.

The forum plays a vital role in various matters including financial inclusion and promotion of government schemes.