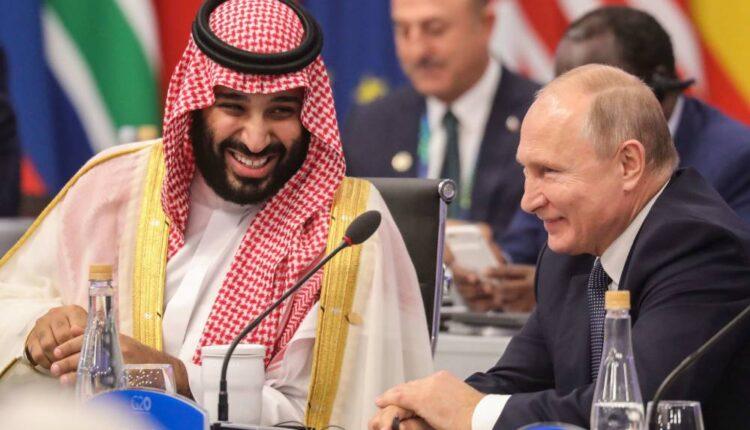 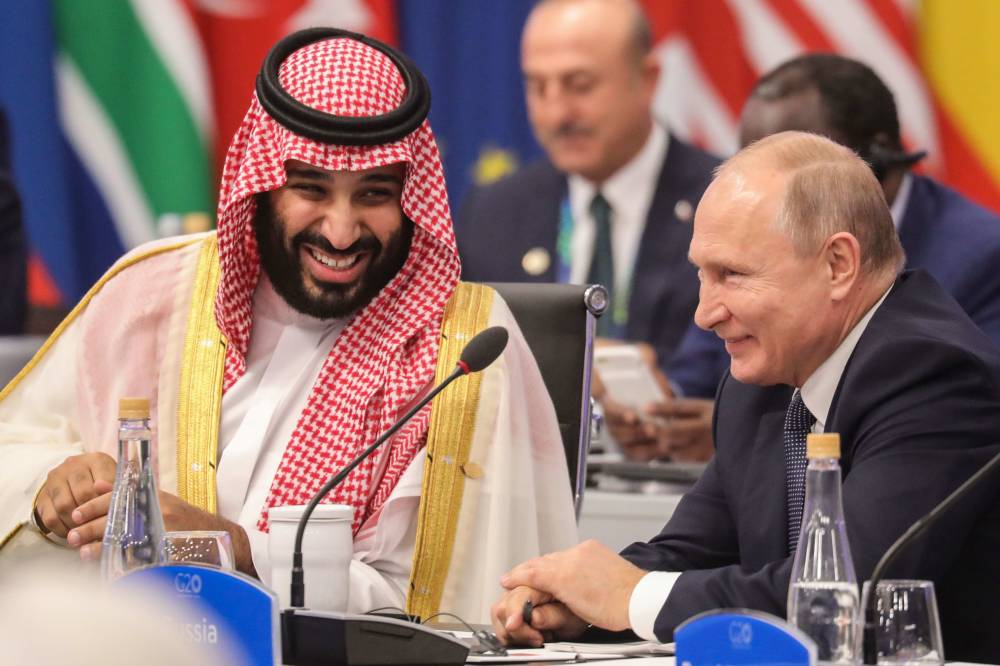 West Texas Intermediate crude surged more than 30% to a session high of $27.39 per barrel, putting it on track for its best day on record. International benchmark Brent jumped 24%.

Trump made his comments in a telephone conversation with CNBC's Joe Kernen.

The president said in a tweet later that a production cut would be "great for the oil & gas industry," and that the cut could be "substantially more" than 10 million barrels.

Oil production is typically discussed in terms of barrels per day, but Trump made no reference to the time frame of the cuts. Additionally, it was not clear how the cuts would be distributed across oil-producing countries.

RBC commodity strategist Helima Croft said the U.S. could have to give up something in return.

"What we know is the Saudis were looking at this through the lens of the financial crisis and believe they needed a response commensurate to 08/09," she said, referring to the collapse of prices during the 2008-09 financial crisis.

"The question is can Trump put together the package that gets them to do that?" Croft said. "We know there's an emergency OPEC meeting. They will be looking for signs that U.S. production will be curtailed. They will be watching what happens with the Texas Railroad Commission and with Canada," she said.

Saudi Arabia on Thursday, via its official press agency, called for an "urgent" meeting between OPEC and its allies.

"Today, the Kingdom calls for an urgent meeting for OPEC+ group and other countries, with aim of reaching a fair agreement to restore the desired balance of oil markets," the Saudi Press Agency said.

"It's obviously welcome. It will be very welcomed by the industry in the short run," Dallas Fed President Robert Kaplan told CNBC. "As long as the coronavirus continues, there's just a substantial amount of excess capacity being generated every day. …

"It will be particularly helpful as we come out of this virus and will speed the time hopefully where the supply-demand for oil can get back into balance. But we're a long, long way from that, and people have warned that even with a substantial move from Saudi Arabia and Russia that we're going to spend a substantial amount of time working off a high level of oversupply."

Despite Thursday's jump, WTI is still down more than 40% during the last month.

Demand has evaporated as the coronavirus outbreak has halted travel worldwide and slowed business activity, just as a price war broke out between powerhouse producers Saudi Arabia and Russia.

On Wednesday Saudi Arabia ramped up its production to a record high of more than 12 million barrels per day, after previous OPEC+ production cuts expired at the end of March.

As oil prices cratered — WTI is coming off its worst month and quarter in history — the U.S. sought to intervene.

U.S. producers have been among the hardest hit as companies struggle to break even with depressed oil prices. On Wednesday, Whiting Petroleum became the first major U.S. shale producer to declare bankruptcy.

On Friday, executives from at least seven U.S. energy giants including Exxon and Chevron will meet with Trump at the White House to discuss energy policy.

Before Trump's comments to CNBC, oil had been up around 10% after the White House had signaled optimism over a possible deal. Crude also got a boost after Bloomberg News reported that China will start buying oil for its emergency reserves.

"The potential for production cuts from Saudi Arabia and Russia is helpful and supportive for oil prices," said Stacey Morris, director of research at information services firm Alerian. "However, even if cuts total 15 million barrels per day, the global oil market could still be in an oversupply situation."

She added that because of the coronavirus, global demand "remains the wildcard."