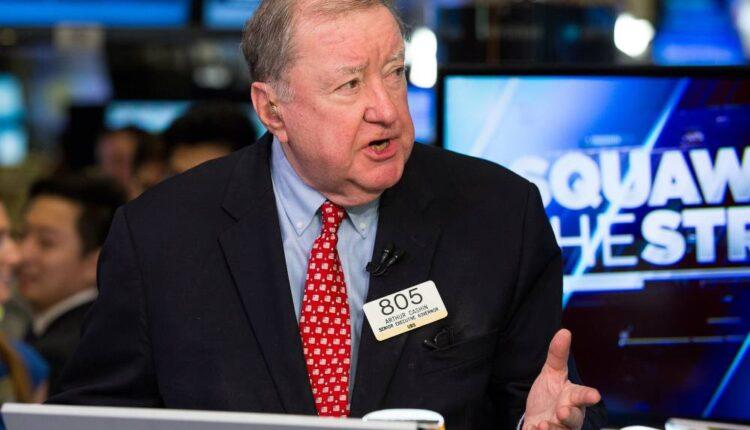 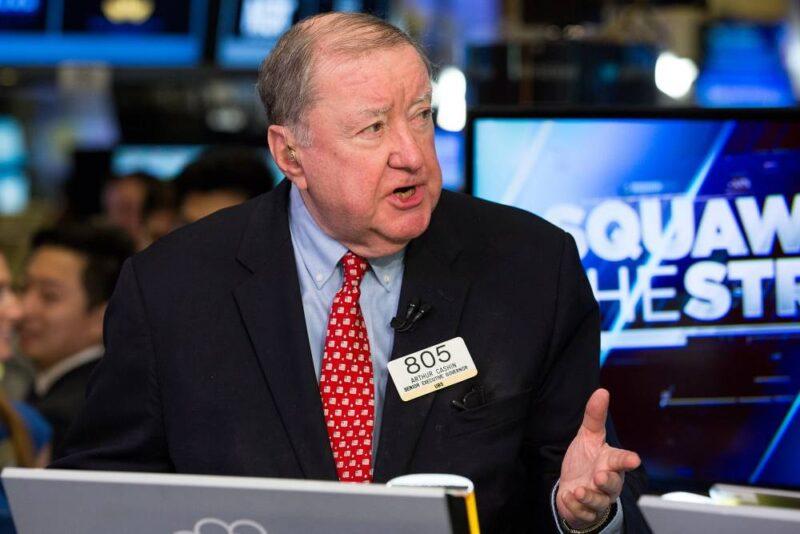 Art Cashin, head of floor trading for UBS, has been a beloved market commentator for many decades and a regular commentator on CNBC for more than 20 years. Cashin was in a car accident in early February (he was not driving) and has been recuperating. We spoke to him by phone from his home. The NYSE floor, where Cashin has worked the last 50-plus years, is closed after workers there tested positive for the coronavirus.

You've been out recuperating for two months and just got home. How are you feeling?

"I am still doing rehab. I fractured my hip, but I am making progress and looking forward to going back on the floor. Thank everyone for the good wishes."

The world has changed so dramatically since your accident. What are you thinking about what has happened?

"It's a topsy-turvy few weeks. It's hard to recognize. When you think about it, this is the first planned recession. This happened by government fiat, not because business went south. So millions of people are now out of work, as we see with the jobless claims. The market has had great difficulty adjusting to it, because the market is used to historical recessions. This wasn't caused by inflation, or asset bubbles, or bad investments, or anything else that has led to recessions in the past."

"It looks like a longer recovery to me. You can hear it in the president's voice and presentation, you can hear it from Governor Cuomo. They all want to reopen, but they are all hesitant for fear that there could be a secondary wave of contagion."

But there is going to come a point where they are going to loosen the restrictions. How long will that take?

"The problem is the government is unlikely to say, "all clear." What they will say is the contagion is slowing, but it is hard to believe they will abolish all of these restrictions at once. The question is, will the public be eager to rush back? Even people like you and me, who love to go out and socialize, it might be difficult to get that back any time soon. Will they come back? Yes. Will they come flooding back the day after they say you can relax social distancing? No. So the chances of a bounce back are there, the chances of a rapid bounce back are low."

There's been an enormous response from the Federal Reserve, and there's already three rescue packages from Congress. Is it enough?

"I think there will have to be more stimulus coming. This is enormous. We have never seen an instant recession like this. This is going to take a while to work out."

One of the big issues for the market is earnings — no one seems to have a clue how much they are going to decline this year.

We had a reminder last week that there is another big event moving markets — oil. It had a huge rally. Can it last? Has oil bottomed at $20?

"I don't think the rally will last. There was an enormous short position in oil, so there was some panic covering. A real bottom in oil would definitely be a positive, but given the drop in demand I would be shocked if this was a bottom.

The problem with oil is not overproduction, it is the absolute collapse of demand. Now that everyone has been told to stay home, driving has dropped significantly. There are reports in Canada of oil trading at negative prices, that they are offering money to take oil off their hands.

There is a real prospect of a cascading series of bankruptcies, given how high the debt levels are and the dependency on borrowed money."

Most of the recent drop is coronavirus-related but there is also an epic production struggle between the Saudis, the Russians, and to some extent U.S. frackers. How does that play out?

"All of that pales in comparison to the tremendous collapse in demand. You have to get the airlines flying again, and you have to get people driving again. Changes in production are still de minimis despite the fact that they garnered pretty big headlines."

The President has mused he may resort to buying oil and adding to the Strategic Petroleum Reserve. Would that help?

"I cannot believe that the government can buy enough to replace the collapse in demand."

The NYSE floor has been temporarily closed. You've spent nearly 60 years of your life on that floor. How do you feel about it closing, even temporarily?

"I'm disappointed they had to close it, but it's understandable. I think it would be best for the economy to get the floor up and running again because it's important. It's a key function of the liquidity of the market. The stock market needs to function well, and the floor is a critical part of a truly functioning U.S. economic system.

I've said before the NYSE floor is a microcosm of American small businesses. It's like a giant mall, with a lot of stores and restaurants (market makers and floor brokers) in it. You can close the mall, and reopen it a month or two later, but not all the stores and businesses may be able to open at the same time. Is that an apt analogy?

"Having spent close to 60 years on the floor, it is one of the great malls of all time. There are many little businesses represented on the floor, so it is an apt analogy."

I know this is an old story, but you still have people who like to dismiss the importance of the floor.

"I think the floor is essential. By having all those people in that collective mall, you have a better idea of what a lot of people are thinking. The floor enhances the liquidity of the market. Some of the data suggests a slight erosion in the efficiency of the market."

Custodial workers clean the floor of the New York Stock Exchange (NYSE) at the end of the day on March 20, 2020 in New York City.Spencer Platt | Getty Images

So when can the floor reopen?

"What matters is not supply and demand, it's a health issue. They don't want to jeopardize anyone's health. The floor is not shut down because of a structural failure. They are likely going to require testing of everyone who comes on the floor, but is that a realistic model for dealing with the whole country? Can you picture all of America testing everyone who walks into Macy's or everywhere else?"

Thank you, Art. Everyone wants me to tell you to come back soon and keep up the rehab.

"The hell with the rehab. When are they reopening Bobby Van's?"

(This interview has been edited.)

In an unusual moment, the stock market’s ability to sniff out the future is severely impaired