In an unusual moment, the stock market’s ability to sniff out the future is severely impaired 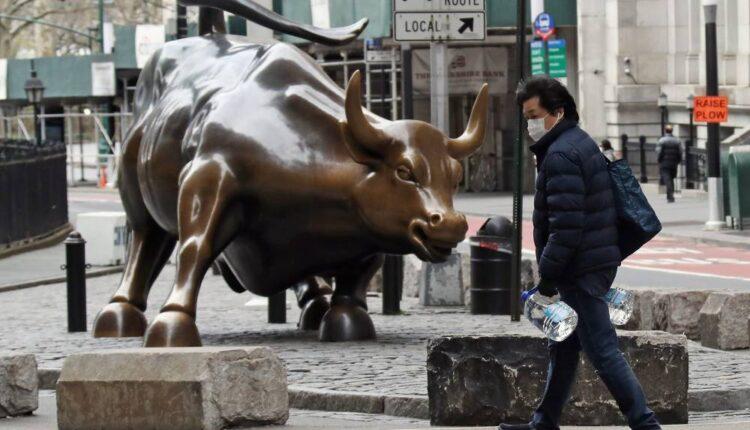 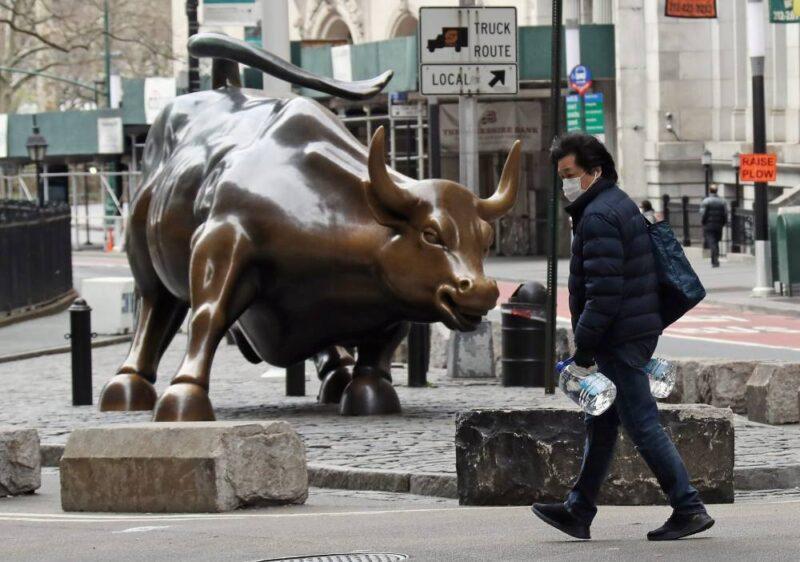 Tom Petty sang it 40 years ago and investors are living it now: The waiting is the hardest part.

Waiting for enough data on coronavirus-infection trajectories to form a trackable metric for a shutdown timetable. Waiting to gauge how much erosion of corporate balance sheets occurs as the commercial halt carries on – which will also dictate how many further layoffs and defaults will test the economy. Waiting for a sense of whether the stock market has priced in anything like a plausible path for business ahead.

With even month-old economic numbers of scant relevance in a post-lockdown world, attention has turned to how the market's dramatic repricing stacks up to recessions past, and how the market reacts to its own extremes in terms of technical behavior.

The S&P 500's heartbreaker of a 34% decline in about a month, culminating two weeks ago, matches up roughly with the sort of setback that accompanied "typical" recessions of the past.

The near-20% rebound rally and subsequent 6% backslide through last week also map to the aftermath of earlier cascading index collapses. This suggests we're in a phase of choppy aftershocks and jumpy rallies that often — but certainly not always — leads toward another test of investors' nerve via a return to the vicinity of those panicky initial lows.

Last week, stocks were down some 2%, but failed to break down significantly despite a load of lousy news, from accelerating outbreaks in additional states, to brutal 6-million new weekly unemployment claims, to huge retailers furloughing hundreds of thousands of employees collectively. To some observers, this was a win in the form of losing less.

Coronavirus vs the VIX

The slouching rather than collapsing nature of the drop was reflected in the S&P 500 Volatility Index sliding below 47 from 65, and from a peak a few weeks ago above 80. While not anything like an "all clear" signal, this drop shows the market has moved on from outright shock to grinding resignation that things are bad and will be so for a while. It also means traders bought an enormous amount of downside protection during March and so have less need to bid for option hedges now.

Jason Hunter, technical strategist at JPMorgan, has been plotting various indicators of disease incidence with market indicators, including one tracking the number of states with 10%-plus daily Covid-19 case growth against the VIX.

Of course, almost any two variables can be made to appear correlated. And no doubt this somewhat-engineered statistical relationship will break down (states with rapid case growth will, at some point, reach zero and the VIX never will, for example).

But there is some internal logic in the idea that when the propagation of the virus has seemed most unchecked, the urgency of selling and trader panic levels were most intense. Both have subsided for now.

"Based on the recent correlation, case growth deceleration…can help put further downward pressure on implied equity volatility and blunt the nature of a retest of the march equity price low," Hunter says. He expects the March S&P lows between 2150 and 2200 to hold as this quarter's floor, with rallies capped perhaps 12% above Friday's closing level, as the waiting game plays out.

Similarly, Julian Emmanuel of BTIG says, "If history is any sort of guide, we expect a 'divergent' retest of the March lows in April, as the public health and economic bad news is likely to reach its parabolic peak in coming weeks prior to the (aspirational?) date for easing social distancing, April 30."

The credit market will have plenty to say about whether such an equity floor can hold and any rallies get traction. Corporate-debt markets are always crucial indicators for stocks, reflecting liquidity, risk-appetite and macro conditions in a fairly focused way. In recent weeks, the S&P 500 traded in lockstep with the iShares iBoxx High Yield Corporate Bond ETF (HYG), to an unusual degree.

Riskier corporate bonds are a fairly direct barometer of the duration of the economic freeze. Companies have reacted to the initial shock with employee furloughs, suspended share buybacks, curtailed operations and drawdowns of all available backup bank lines.

Already, many companies in energy, retail and the travel industry are pushed to the cusp of insolvency. But the longer the economy remains shut, the more companies have trouble servicing debts and the more bond-maturity dates approach.

Bank of America fixed-income strategists project 9% of high-yield issuers will default in the coming year, broadly in line with other recessions. It means junk spreads versus Treasuries should be about 9.5 percentage points, by their math — slightly wider than they finished last week. Both those numbers will rise and fall with the length of the wait for an economic restart.

Another way the wait time matters so much: The longer this goes, the more the fiscal support measures already passed will appear insufficient to cushion consumers and businesses.

One challenge for investors who watch the tape day to day is, the market itself does not simply wait. It's open every weekday and traders will trade it, seizing on the freshest clues, overshooting both up and down. It will on some days overestimate the severity of the economic crisis and on others seize upon green shoots.

We are in an unusual moment where the market's vaunted ability to "sniff out" the economic path a few months out — always overstated, perhaps — is particularly impaired by the variables of disease dynamics and policy decisions.

What can be observed is the damage already done to parts of the market. The auto and retail sector are being priced for prolonged distress. The S&P 500 wiped out three years' worth of gains. Small-cap stocks are back to early-2016 levels and at their cheapest readings compared to big stocks in nearly 20- years. Large-cap bank shares have sunk to 60% of book value, as a group.

All of this means markets have gone some distance toward accounting for widespread economic calamity. But enough?

We'll need to wait and see.

Coronavirus: What it means if you lose your sense of taste and smell