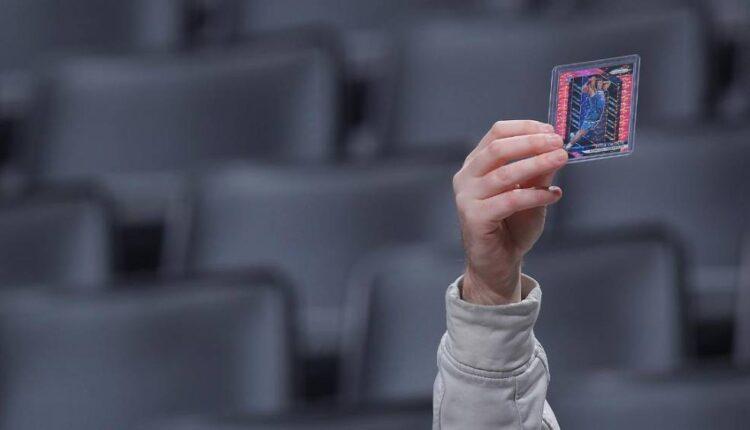 In early February, a Michael Jordan rookie basketball card in pristine condition sold for a record $738,000 at an auction run by Goldin’s company. The kicker? The exact same item went for nearly $215,000 just weeks before.”There’s never been a time like this in the history of the business,” Goldin told CNN Business. “I would bet that for every person who wanted a Michael Jordan rookie card in 2019, there’s 100 [now].”

I wouldn't go anywhere near the word bubble."

The shock sale is part of a much bigger trend in sports collectibles that’s grabbed the attention of sophisticated investors as well as small traders, transforming card collecting from a fusty hobby into a major investment market. But the timing and scale of the price surge has also sparked worries that it may be fueled by the same speculative forces that recently sent bitcoin and meme stocks like GameStop through the roof.Industry insiders acknowledge that their business may be benefiting from broader market euphoria. But they push back on the idea that the boom in demand is generating a price bubble.Read More”This is now part of our culture,” Goldin said. “I wouldn’t go anywhere near the word bubble.”

The trading card renaissance has its roots in the pandemic. Stuck at home without live sports games, people began raiding their attics and basements and digging up old cards. They also sat down to watch “The Last Dance,” the documentary series about Jordan, the legendary former NBA star, that aired on ESPN.Suddenly, trading cards were everywhere, boosted by celebrity endorsers ranging from actor Mark Wahlberg, whose kids launched a collecting business, to DJ Steve Aoki and Resy co-founder Gary Vaynerchuk. Videos of fans opening packs of cards on YouTube and TikTok started racking up tens of thousands of views.”This is a market that’s growing in demand, but doesn’t have more supply,” Vaynerchuk, a longtime advocate of card investing, wrote on his website last March. “That’s a recipe for opportunity.”

A fan holds up trading cards of Minnesota Timberwolves players prior to a game on Feb. 3, 2020.Prices for top-quality cards featuring all-time greats jumped dramatically. Those featuring newer talent rose, too, as enthusiasts tried to scout the next big stars.”Instead of betting on a game, people look at this, and they can bet on a career,” Goldin said.The spike in prices has caught the attention of a wider class of investment professionals, flush with cash following unprecedented stimulus measures from governments and central banks. Rock-bottom interest rates have also made it harder to find lucrative investments, bolstering interest in creative alternatives.”Funds are being created. They’re getting investors involved and pooling five, 10, 15 million dollars,” said Jesse Craig, director of business development at PWCC Marketplace, a top seller of premium cards.Josh Luber, the co-founder of sneaker resale startup StockX, left the company last year to form Six Forks Kids Club, an alternative asset management company focused on cards. The moment, he said, was simply too big to pass up.”It’s hard to find someone [in] my generation whose first business wasn’t buying baseball cards when they were 10,” Luber, who is 42, told CNN Business. “We’re all of the age where we have a little bit more money, but we’re also in positions of decision-making for investment funds.”The arrival of institutional money has quickly transformed the market. Goldin said for the first time in his career, he’s fielding calls from hedge funds interested in gaining exposure.Takeover interest has also emerged, given the limited number of prominent companies in the sector. Last month, angel investor Nat Turner and Steve Cohen, the billionaire hedge fund titan and owner of the New York Mets, announced they were buying authentication service Collectors Universe in a $853 million deal, after sweetening a bid first made in November.

It’s not just big money getting into the game as the sector gets a financial makeover.Fractional trading has also reshaped the trading card business, allowing everyday buyers to purchase a small stake in a LeBron James or Patrick Mahomes card that would have otherwise been too costly, in the same way people can now buy a piece of expensive stocks like Apple (AAPL) and Amazon (AMZN). 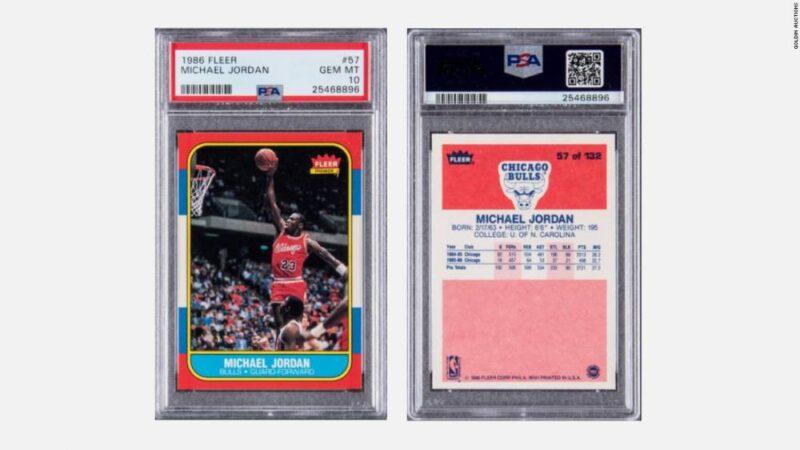 The Michael Jordan 1986 Fleer rookie card, which sold for $738,000 in an auction that closed on Feb. 1. “We realized the potential fractional ownership could have to break down a massive barrier to entry,” said Ezra Levine, the CEO of Collectable, which buys sports cards and converts them into tradable assets registered with the Securities and Exchange Commission. Collectable distributes individual shares of cards on its platform through initial public offerings. The shares can then be bought and sold as if they were stock in Microsoft (MSFT) or AMC Entertainment (AMC).The firm has completed roughly 40 IPOs since last fall, and boasts of impressive returns. A 1986 Jordan card that went public at $10 per share in October is now trading at $60 per share, while stock in an autographed James card from 2003 has jumped 50% since late December.Not everyone is going this route. Other hobbyists are gathering on social media as they rip open new packs of cards, hoping they’ll contain younger talent that can later be sold for a huge profit on eBay. Some are making even bigger bets.”I spent $9,000 on this,” one TikTok user said in a post this week, holding up a James rookie card. “Call me crazy, but I think this is going to hit 20K. Let’s go.”

Is it a bubble?

After Craig brokered the sale of a rare Mickey Mantle card to entrepreneur and actor Rob Gough in January for $5.2 million — labeled the biggest sale for any trading card in history — questions about a price bubble seemed valid.Those in the business say there could be a pullback in prices for some extremely hot items, like the Jordan rookies, but they don’t think valuations are spinning out of control.”I think trading cards are one of the most undervalued asset classes out there,” Luber said. 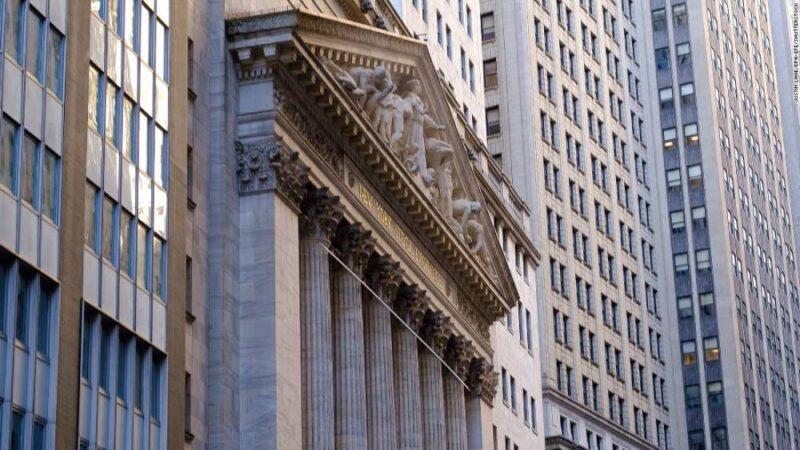 US stocks are in a bubble, and it's unclear when it will pop, hedge fund manager saysHe added that while the 1986 Jordan card appreciated faster than he might have expected, he doesn’t think the value is out of line with where demand is headed.Everyone in the industry thinks it’s “a $1 million card,” Luber said. “But we all thought it was a year away instead of a month away.”Scott Keeney, who set up a fund to invest in trading cards and companies like Collectable with venture capitalists Courtney and Carter Reum, is similarly bullish. He thinks that one to two years from now, the prices that Jordan and Mantle cards are commanding will be far higher than they are now.”We look at all these other people coming in as more validation,” Keeney said. He declined to share how much his fund had raised, beyond stating it was at least seven figures.There are risks, of course. As with investing in rare art or wine, the potential for fraud looms. The Washington Post has reported that the FBI is looking into cards that were allegedly altered to improve their condition before they were authenticated by Collectors Universe and auctioned on platforms like PWCC.The industry has also seen a crash in prices before, after overzealous producers flooded the market in the 1980s and 1990s. As collectors discovered just how many were in the system, cards from the era plunged in value.

Goldin acknowledges that prices will inevitably fluctuate. But he believes supply will remain in check, particularly on the upper end of the market.”The difference between cards and stock [is] nobody loves a stock,” he said. “Some people who buy these cards, to get them to sell it is like getting them to take off an arm.”