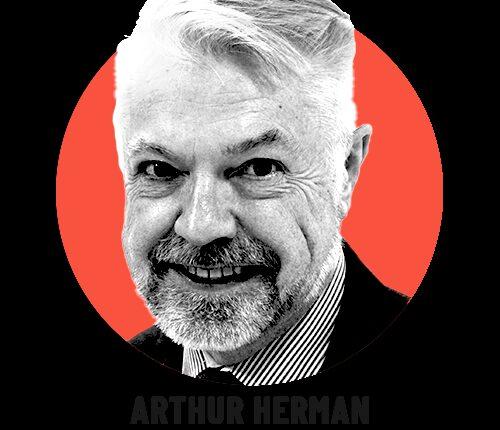 Arthur Herman is a senior fellow at the Hudson Institute and author of Freedom’s Forge: How American Business Produced Victory in World War II. His newest book is “The Viking Heart: How Scandinavians Conquered the World and Transformed the American Dream.” The opinions expressed in this commentary are his own. 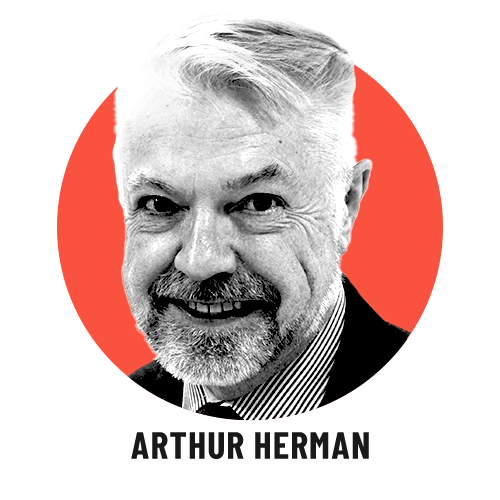 Eighty years ago, as Americans came together to defeat the fascism that threatened civilization, American factories poured out the weapons needed to crush Germany and the other Axis Powers.

One-third of the weaponry and war material the Allied forces used during the conflict came from American factories and shipyards (including an incredible eight aircraft carriers a month) — a miraculous mobilization dubbed the Arsenal of Democracy.

Today America can do it again and create the arsenal that defeats this latest threat to civilization: the coronavirus. From ventilators and N95 masks, to anti-viral drugs and ICU equipment and hospital beds, American companies are being mobilized in the face of the most serious public health crisis in more than a century. But these companies will only be successful if we learn the right lessons from the industrial mobilization that won the world’s biggest war. My book “Freedom’s Forge: How American Business Produced Victory in World War II” explains in detail how the federal government harnessed the energies and innovation of America’s finest companies, to produce what government could not manage on its own. The secret to winning World War II wasn’t the federal government exercising direct command and control over the mobilization effort, as some critics like New York governor Andrew Cuomo are urging Trump to do by using the 1950 Defense Production Act. Instead, with the help of former GM CEO Bill Knudsen, President Franklin D. Roosevelt put together a plan that looked to the private sector and the productive power of capitalism to arm the world against the fascist threat. That left Washington with the job of coordinating and overseeing the overall effort and making sure critical resources like steel and copper went where private industry needed them. Read MoreThe lessons from that experience boil down to five principles, which the administration should start following this week.

Have a clear objective and a realistic timeline

When war mobilization began in 1940-41, no one said the goal was to defeat fascism — and no one was able to mass produce tanks or bombers from a standing start. From the beginning, Washington set a more purposeful goal of building a modern, well-equipped military in case war came. GM’s Knudsen and others made it clear that we needed a year and a half to prepare for full armament against the fascist threat, starting with machine tools and aircraft engines, which laid the foundations for the production miracle that followed when war actually did come in December 1941. Today, our window of opportunity is much shorter — perhaps as little as 30 to 60 days. In order to mass produce testing kits, antiviral drugs, ventilators, masks and hospital beds in that time frame, the administration will need to set production goals that are both within reach, but also meet our most immediate objective: halting the deadly spread of COVID-19 before it overwhelms our health care system.

Seek out the best, brightest and most productive

During World War II, the federal government offered contracts to America’s most productive companies like automakers GM and Ford and electrical companies like GE and Westinghouse to mass produce the engines, planes, tanks, torpedoes and weapons needed to arm America — even though they had never made them before. But Washington also incentivized companies that were already producing planes, like Boeing and Lockheed, to move into a higher gear by steadily increasing government orders while assuming the costs associated with higher production. Getting Ford, GE and GM to produce ventilators is a great first step. But don’t neglect companies like Medtronic, Johnson & Johnson and Becton Dickinson that already make the US a world-class leader in medical devices. Getting them to pool their expertise and production lines and to share their patents with firms that could increase production even faster will go a long way toward building a health care manufacturing base. Building that base will help defeat the coronavirus and help us prepare for the next serious pandemic we may have to face.

President Roosevelt had business leaders like Knudsen and executives from top-flight companies like Sears, GE and AT&T (now the parent company of CNN) to design his mobilization and inspire public trust. The Trump Administration should summon today’s business leaders, including Mark Cuban, Elon Musk and Jeff Bezos to meet (remotely) with the White House, to discuss how to mobilize the resources of today’s economy. Ask Facebook’s Mark Zuckerberg to help establish an interactive national database shared by doctors and hospitals on coronavirus and steps to combat it. Ask Peter Thiel and his company Palantir Technologies to protect its confidentiality and secure it against malicious attacks.

Have an exit strategy

By D-Day 1944, Washington realized that the US had the production numbers needed to win the war and began planning the transition to civilian production again. Real national recovery means making sure government intervention is temporary and helps get the private sector back to what it does best.

As a master architect of the Arsenal of Democracy, Knudsen smartly put it: “We can do anything if we do it together.” The same is true of defeating coronavirus: If we hit the right balance between what business can and must do, and what the federal government shouldn’t and can’t, we can do anything.