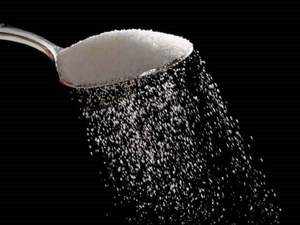 The association pointed out that nationwide lockdown had initially disrupted some movement of sugar due to lack of availability of trucks, but sugar dispatches have picked up in the last 4-5 days after the government intervention to smoothen the supply chain.

ISMA assured that there is enough sugar with the sugar mills, and therefore, there will not be any problem of availability of this essential food item to the consumers.

Wherever there is any availability of sugarcane, the sugar mills are making all efforts to ensure that the farmers do not face any problem, and the mills in those areas are operating, the statement said.

“During the initial couple of days of the lockdown, there was concern about smooth availability of important inputs like lime, sulphur, bags, phosphoric acid etc. Availability of these inputs has since been assured by the government and the suppliers therein and normal supplies have been restored,” it added.

According to the ISMA data, production of sugar in Uttar Pradesh has increased to 97.20 lakh tonnes from 95.67 lakh tonnes in the year-ago period.

“Sugar companies were facing some problems in smooth supplies of ethanol. This is mainly because of lower offtake of petrol, because of which some of the depots of the OMCs (oil marketing companies) are unable to take further supplies due to lack of storage space therein.

Since individual contracts have been entered into between sugar companies and OMCs for ethanol supplies, which are depot wise across the country, the OMCs have been requested to reallocate the quantities to other depots where they have tankage or storage space,” the statement said

The OMCs and the sugar companies would soon mutually agree to reallocate the ethanol quantities to other and newer depots, it added.

Panic buying: How grocery stores restock shelves in the age of coronavirus