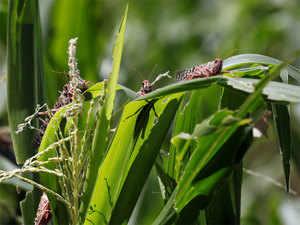 Elaborating on the actions, the Agriculture Ministry said that in the intervening night of July 9-10, control operations were carried out at 16 places in 8 districts – Barmer, Jaisalmer, Jodhpur, Bikaner, Churu, Jhunjhunu, Sikar, and Karauli of Rajasthan, 2 places in Bhuj district of Gujarat and at 1 place each in Auraiya and Etawah districts of Uttar Pradesh by LCOs.

Besides this, respective state agriculture department/s also carried out control operations at 1 place in Alwar district in Rajasthan; and at 1 place each in Auraiya and Etawah districts of Uttar Pradesh against small groups and scattered population of locusts.

“Presently, 60 control teams with spray vehicles are deputed /deployed in State of Rajasthan, Gujarat, Madhya Pradesh and Uttar Pradesh and more than 200 Central Government personnel are engaged in locust control operations. In addition, 20 spray equipments have now been received,” the statement said.

To strengthen the control capacity, procurement of 55 additional vehicles has been done. Further, five companies with 15 drones are deployed at Barmer, Jaisalmer, Bikaner, Nagaur and Phalodi in Rajasthan for effective control of locusts on tall trees and in inaccessible areas through spraying of pesticides. A Bell helicopter has been deployed in Rajasthan for use in Scheduled Desert Area as per the need. The Bell helicopter conducted anti-locust spraying aerial spraying operation in Bhopalgarh and Shekhala area of Jodhpur.

Indian Air Force also has conducted trials in anti-locust operation by using a Mi-17 helicopter and the results are encouraging. “Swarms of immature pink locusts and adult yellow locusts are active in Barmer, Jaisalmer, Jodhpur, Bikaner, Churu, Jhunjhunu, Sikar, and Karauli of Rajasthan; Bhuj district of Gujarat and Auraiya and Etawah districts of Uttar Pradesh,” the statement said.

No significant crop losses have been reported in Gujarat, Uttar Pradesh, Madhya Pradesh, Maharashtra, Chhattisgarh, Bihar and Haryana. However, some minor crop losses have been reported in some districts of Rajasthan. As per the Food and Agriculture Organisation’s Locust Status Update on July 3, the ministry said that many spring-bred swarms migrated to the Indo-Pak border before the monsoon rains. Some remained in the east to northern states of India and a few groups reached Nepal.

The forecast is that these swarms will return to Rajasthan with the start of the monsoon in coming days to join other swarms still arriving from Iran and Pakistan, which is expected to be supplemented by swarms from the Horn of Africa in about mid-July, it added.

Early breeding has occurred along the Indo-Pak border where substantial hatching and band formation will take place in July. This will cause the first-generation summer swarms to form in mid-August, the ministry said. Weekly virtual meet on Desert Locust of South-West Asian countries (Afghanistan, India, Iran and Pakistan) is being organised by the FAO. 15 virtual meetings of the technical officers of South West Asian countries have taken place so far.