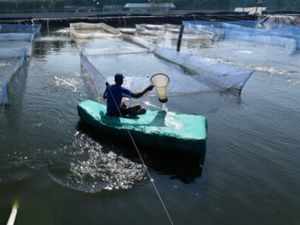 KOCHI: Japan has lifted inspection order for Indian black tiger shrimps after the export consignments of this shrimp were found free from any residue of synthetic anti-bacterial drug furazolidone.

The ministry of health, labour and welfare (MHLW) of Japan has also reduced import inspection sampling frequency for black tiger shrimp to 30 per cent from the current 100 percent.

A two-member expert team had surveyed the black tiger shrimp hatcheries, and farms, and processing units that export the variety during March 2-6, 2020 ahead of this order.

Welcoming the lifting of inspection order by Japan, K S Srinivas, chairman of The Marine Products Export Development Authority (MPEDA) said it is a validation of the relentless efforts undertaken by MPEDA in raising the request at various platforms and through its trade promotion office in Tokyo.

He added that MPEDA through its field offices and society, had been constantly educating the farmers on better management practices (BMPs) and the ill-effects on usage of unknown inputs which may contain residues of antimicrobial substances like furazolidone.

Srinivas said the MPEDA has also been making sustained efforts to revive the production of black tiger shrimps by supplying high health seeds of the variety The present decision by Japan will give an impetus to the farming and export of black tiiger variety which has been shadowed by the mass production of exotic vannamei variety during the last 10 years.