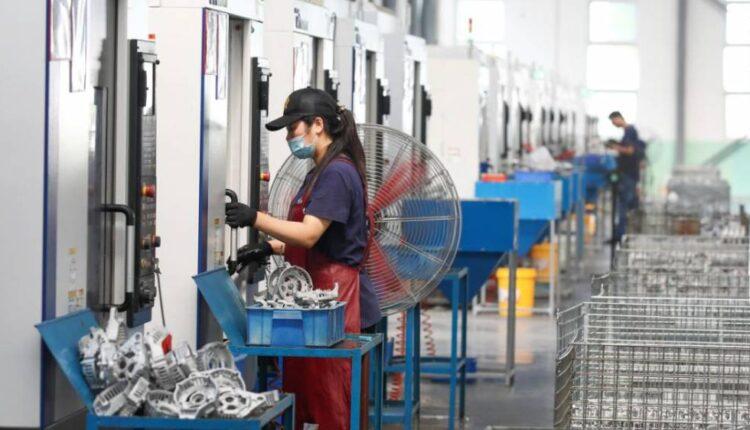 London (CNN Business)China’s economy is growing again after its worst three-month period in decades. That’s a good sign for everyone else — though investors aren’t celebrating. 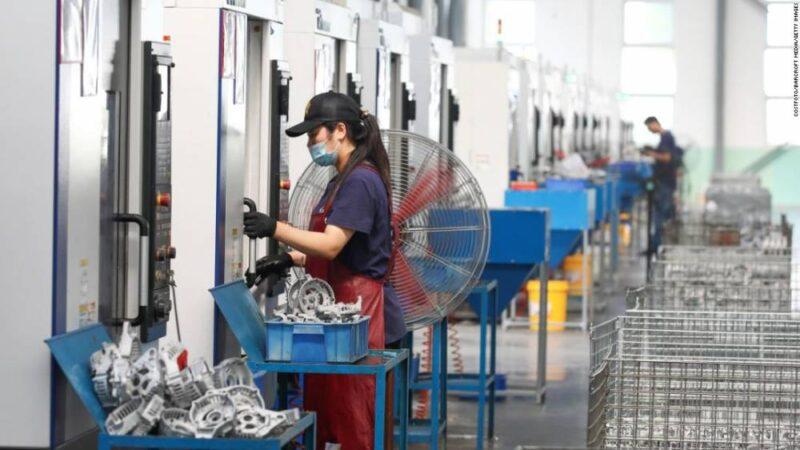 China's economy is growing again. That's good news for the rest of the worldWhat’s happening: The world’s second-largest economy grew 3.2% in the April-to-June period compared with a year ago, according to government statistics released Thursday. That’s better than the 2.5% growth that Wall Street had expected, my CNN Business colleague Laura He reports.

It also means that China averted a recession. In the first quarter, the $14 trillion economy shrank 6.8%, the worst plunge for a single quarter on record since China started publishing those figures in 1992. It was also the first time China reported an economic contraction since 1976.The big picture: Growth this quarter confirms that the post-Covid recovery is underway in China, which is pacing one to two quarters ahead of the rest of the world. But an uneasiness is hanging over markets as investors take a closer look at the results.Commerzbank’s Hao Zhou and Bernd Weidensteiner note “a few weak spots.” While manufacturing is leading the recovery in China, retail sales fell in June compared to last year.Read MoreThat shows it’s easier to ramp up the supply side of the economy than it is to juice demand, Stephen Innes, chief global markets strategist at AxiCorp, told clients.”No matter how much stimulus and fiscal sugar you try to entice consumers with, they will not leave their apartment and go on a spending spree until they feel confident the landscape is virus-free,” Innes said.The United States will get its own look at the recovery in consumer spending on Thursday, with retail sales data for June due in the morning. Economists polled by Refinitiv expect a 5% increase compared to the previous month.On the radar: Moving forward, American shoppers are poised to face new rules as coronavirus cases shoot up in many states. It’s not clear how that will affect consumer sentiment.Walmart (WMT) will require customers at all of its US stores to wear masks beginning next week, becoming the largest retailer to mandate face coverings as cases continue to rise. Kroger (KR) and Kohl’s (KSS) also announced they would start requiring all customers to wear masks — signaling a growing consensus among retailers to back such policies.

Twitter (TWTR) accounts belonging to Joe Biden, Bill Gates, Elon Musk and Apple, among other prominent handles, were compromised on Wednesday in what Twitter believes was an attack on some of its employees with access to the company’s internal tools.”We detected what we believe to be a coordinated social engineering attack,” Twitter’s support team said late Wednesday. 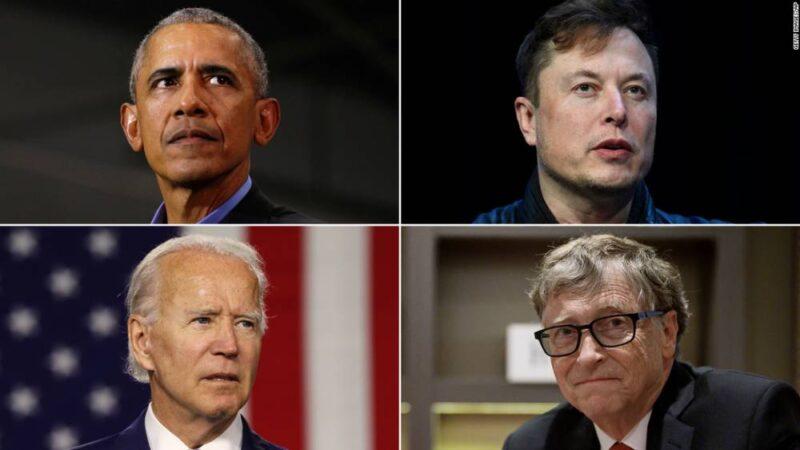 Twitter blames 'coordinated' attack on its systems for hack of Joe Biden, Barack Obama, Bill Gates and othersThe attackers posted tweets that appeared to promote a cryptocurrency scam, my CNN Business colleague Rishi Iyengar reports.The accounts, along with those of former President Barack Obama, Kanye West, Kim Kardashian West, Warren Buffett, Jeff Bezos and Mike Bloomberg, posted similar tweets soliciting donations via Bitcoin to their verified profiles.One example: “Everyone is asking me to give back, and now is the time,” Gates tweeted, promising to double all payments to a Bitcoin account for the next 30 minutes. All the tweets were subsequently deleted.”Once we became aware of the incident, we immediately locked down the affected accounts and removed Tweets posted by the attackers,” Twitter said. The company shut down the service for some users while it scrambled to address the problem.In a tweet on Wednesday, CEO Jack Dorsey said it was a “tough day for us at Twitter.” Investors agree; shares are down more than 6% in premarket trading.Why it matters: The massive hack appears to be the biggest security incident in Twitter’s history, and could undermine confidence in the product. It’s particularly concerning because world leaders like President Donald Trump use the platform to announce major policy decisions.

America’s banks are feeling the pain. Profits plunged at JPMorgan Chase, Citigroup and Wells Fargo as the banks put aside a collective $28 billion to cover credit losses last quarter — a sign they expect the economy to stay weak for some time.But Goldman Sachs bucked the trend. The investment bank said Wednesday that earnings were steady thanks to record investment banking revenue and a nine-year high for its trading arm, my CNN Business colleague Matt Egan reports.Keefe, Bruyette & Woods analyst Brian Kleinhanzl called the results a “blowout beat.” Shares of Goldman are now down just 6% this year. That’s much better than the broader KBW Bank Index, which is off 34% in 2020.Goldman’s performance bodes well for Morgan Stanley, whose investment banking division is also expected to shine when it reports earnings on Thursday. But it also underscores the bifurcated nature of the US recovery.See here: Although unemployment remains elevated and bankruptcies are mounting, the stock market has largely recovered and companies are raising record sums of money selling equity and debt. That works out well for Goldman, which is more exposed to Wall Street than Main Street.But it’s an exception, not the rule. And even for Goldman, the road ahead looks uncertain.”We continue to prepare for prolonged economic challenges and look beyond market valuations,” CEO David Solomon told analysts.

“Ghost of Tsushima,” the last PS4 exclusive, comes out on Friday

Premarket stocks: US banks warn of much more economic pain ahead

Dr Disrespect will not return to Twitch, he says