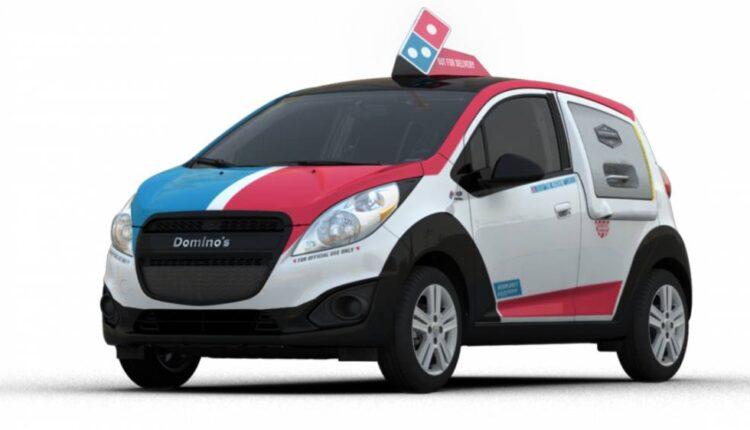 Washington, DC (CNN)In 2012, Domino’s enlisted the automaker Local Motors, where Nicholas de Peyer worked, to reinvent pizza delivery. He spent the next 18 months obsessed with making the ultimate pizza delivery car, and by the end of it, discovered that the best solution wasn’t about the pizza.

Not really, at least. If you want to make money, focus on the driver.Local Motors is an automotive company that focuses on collaborative and crowdsourced design, so De Peyer tapped its online community of auto enthusiasts for ideas. He befriended pizza drivers at his local Domino’s. He visited car dealerships with pizza-carrying bags, to see how well they fit in different vehicles. He learned that some pizza delivery drivers didn’t want a franchise-owned car, because they’d be reimbursed for wear-and-tear on their own vehicles, resulting in a larger paycheck.

It wasn’t just an issue of designing the ultimate pizza delivery vehicle. He had to make the drivers want to deliver pizzas in it, and not just because the car looked cool.De Peyer quickly realized that the best way to help everyone involved — the customer, the driver, Domino’s, the franchise owner — was to hyperfocus on the driver.Read More 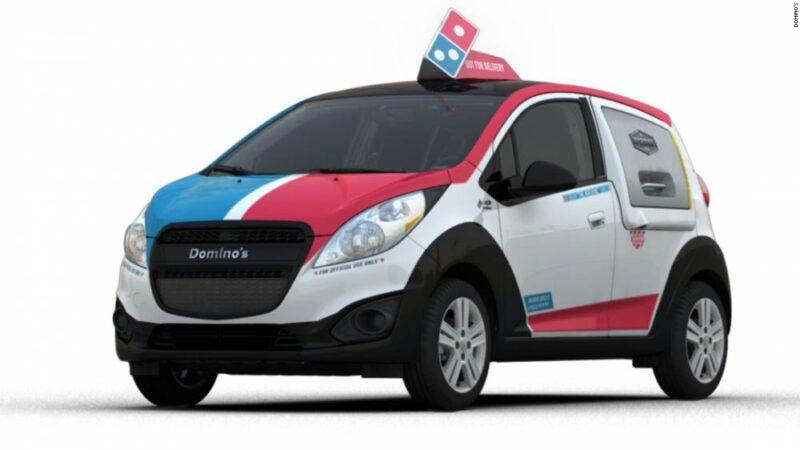 “If we could help a driver shave at least 30 seconds off each delivery, that would equate to an extra $3-5k a year,” de Peyer wrote this week on Twitter. Less time spent on each delivery meant more deliveries and thus more pizzas per shift, enabling faster deliveries for the customer while boosting income for everyone on the business side.Ultimately, Domino’s (DMPZF) and de Peyer opted to retrofit an existing vehicle rather than taking on the costly task of building a new vehicle from scratch, They chose the Chevy Spark because of its size, warranty, price and fuel economy, de Peyer said. The upgrade proceeded with the input of car enthusiasts in more than 50 countries. They built an oven into the vehicle with an exterior door, for easy pizza loading and unloading, heated by the front passsenger seat warmer, which was stripped out. Instead of a second seat, the car had a custom-built tray that held the pizzas, side dishes and drinks.He’d learned from drivers that it was tough to keep a two-liter bottle of soda stationary in a typical car.”If you’re a delivery driver and you hand a family two pies and a soda that’s shaken up, you’re basically handing them a soda bomb,” de Peyer said in an interview with CNN Business. “If they open the soda and it sprays on them, will they order from Domino’s again? And they may tip the driver less if they see them again.”Initially, de Peyer and the online community believed the car should have a built-in GPS for navigation. But conversations with drivers revealed they didn’t want that. Typing in an address took time. Drivers felt it was better to learn the neighborhoods they worked in.Then there was the issue of what de Peyser calls “pizza security.” Drivers hustling to make a delivery can’t have pizzas sliding all over their vehicle. Drivers never knew when someone might cut them off or pull out, forcing them to slam on the brakes. That could ruin the pizza. So the pizza holders in the car were designed to hold the boxes firmly in place.A light was added on the exterior of the car near the driver’s door, to illuminate any puddles while entering and exiting the car.In 2013, de Peyer sent the final product to Domino’s. Another company manufactured the vehicles, and 154 of the vehicles, now called the DXP (short for “delivery expert”), started to appear in 2015.Since then, food delivery has exploded in popularity. Companies like DoorDash, Instacart and Postmates raised hundreds of millions of dollars. But cars still aren’t suited to food delivery, and even Domino’s has given up its quest for the perfect delivery vehicle. At least one lonely DXP has been found in a junkyard. For businesses and pizza franchises, it’s generally more cost-effective to let drivers buy and use their own vehicles.

But the increase in demand for food delivery during the pandemic has made Local Motors CEO Jay Rogers think there’s still an untapped market for a customized food delivery vehicle. “There are these really tectonic shifts,” Rogers said. “There’s a need for a vehicle that’s both clean, ready to deliver and able to let you know when something arrives. They’re needed so much, even more than before when Domino’s was maybe one of the only players out there.”

The ugly truth about millions of American jobs: They are not…

‘Coal has no place in Covid-19 recovery plans,’ says…

Goya was a staple in Latino households. It likely won’t be…