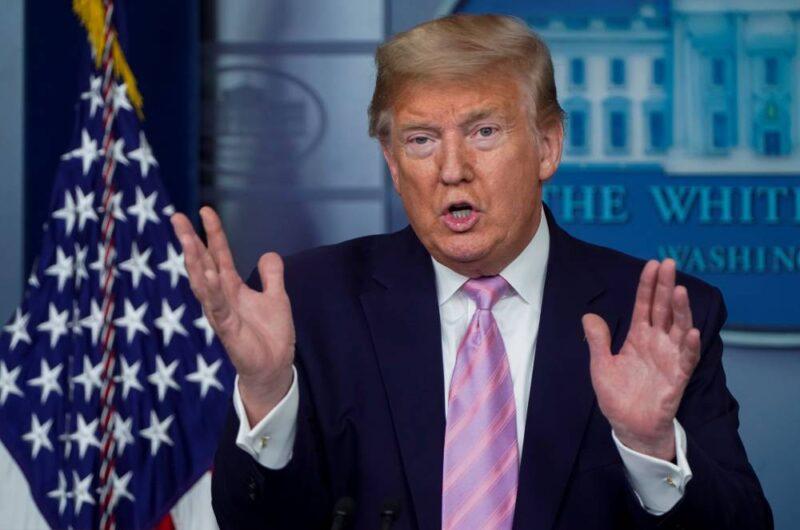 President Donald Trump on Saturday announced that 1,000 medical military personnel are deploying to New York City to help fight the coronavirus pandemic and warned that the upcoming week will likely be the toughest yet.

"This will be probably the toughest week between this week and next week — and there will be a lot of death, unfortunately," the president said at a White House briefing.

Trump's language echoed New York Gov. Andrew Cuomo, who said earlier in the day the state has just seven days to prepare for coronavirus apex as it struggles to expand hospital capacity and access to medical equipment.

It's unclear exactly how and where the military personnel will be utilized in New York, the epicenter of the pandemic in the U.S. The president earlier in the month activated the National Guard in California, New York and Washington state.

"We're taking people now out of our military. We've been doing it but now we're doing it on a larger basis," Trump said.

The administration will potentially send additional medical personnel to the state as cases continue to surge and hospitals become more overwhelmed.

New York City reported 305 new deaths on Friday, marking the biggest one-day jump so far and bringing the city's death toll to at least 1,867. The city has confirmed at least 57,159 cases and makes up roughly a quarter of confirmed cases in the country. Cuomo said the state has 113,704 total cases.

Military personnel are operating the Javits Center in the city, which has been converted into a makeshift hospital. The Pentagon has also deployed the USNS Comfort, a naval hospital ship which is supposed to take in non-infected patients to relieve burden on the city's hospitals.

New York officials have implored the Trump administration to enlist more medical personnel to work in strained medical facilities. New York City Mayor Bill de Blasio has repeatedly urged the federal government to create a national enlistment program for doctors and nurses in New York and across the country.

Trump has accused state governors of asking for more supplies than they need, including ventilators and personal protective equipment. Projections suggest that New York may not have enough of the live-saving machines by next week.

"We have to take care of a large country, not just certain areas of the country," the president said at the briefing.

There are at least 300,915 confirmed cases of coronavirus in the U.S. and at least 8,162 people have died, according to compiled by Johns Hopkins University.