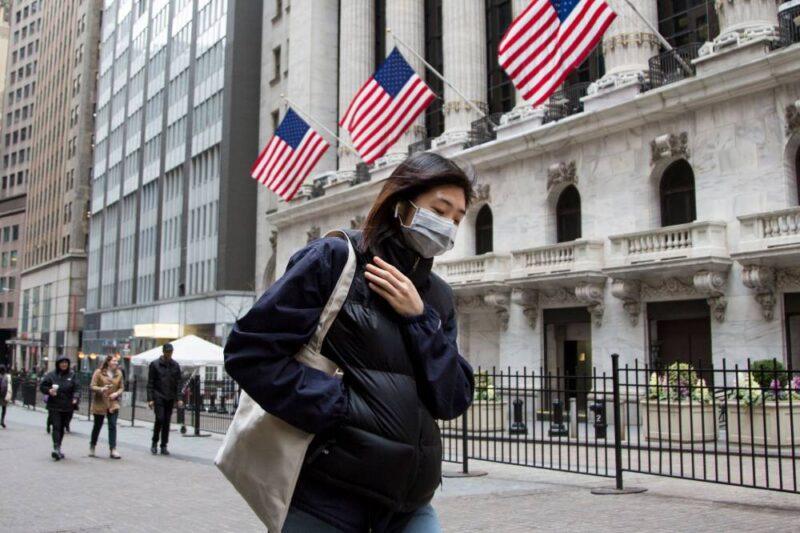 Boeing is offering buyout and early retirement packages to employees, according to a memo from Boeing Chief Executive Dave Calhoun. The memo says Boeing will offer a voluntary layoff plan that allows eligible employees who want to exit the company to do so with a pay and benefits package. "This move aims to reduce the need for other workforce actions," Calhoun wrote in the memo. — Feuer

Former Federal Reserve governor Daniel Tarullo said on CNBC's "Squawk Box" on Thursday that the historic jobless claims report, showing more than 6.6 million Americans filing for unemployment benefits, could get in the way of a sharp rebound for the economy, as many predict. "When you see numbers that are of that order of magnitude it becomes clear just how steep a decline we are suffering right now and there's really no precedent for thinking about this," said Tarullo. "The prospect of the "V" shaped motion here — with going down rapidly and going up rapidly — may unfortunately not turn out to be what we see and instead we will face a much tougher road." — Fitzgerald

Zoom said that amid the coronavirus outbreak, which has forced people to work from home, its daily active users jumped to more than 200 million in March. The company's prior high was 10 million. The stock was down more than 5% during Thursday's premarket trading, although it's up 101% for the year. —Stevens

The torrent of Americans filing for unemployment insurance continued last week as 6.6 million new claims were filed, the Labor Department reported Thursday. Economists surveyed by Dow Jones estimated 3.1 million, a week after nearly 3.3 million filings in the first wave of what has been a record-shattering swelling of the jobless ranks. Before the coronavirus shut down major parts of the U.S. economy, the highest week for claims was 695,000 in 1982. The Great Recession high was 665,000 in March 2009. However, the sudden stop as the government has instituted social distancing policies caused a cascade of joblessness unlike anything the nation has ever seen. — Cox

7:46 am: Walgreens earnings top estimates, boosted by stock up trend from coronavirus

Walgreens Boots Alliance beat Wall Street earnings expectations Thursday, sending shares up about 3% in early trading. The drugstore chain reported earnings per share of $1.52, topping the $1.46 per share expected by analysts, according to Refinitiv. Revenue was $35.82 billion for the quarter, compared to the $35.27 billion forecast. Walgreens said it was on track with its 2020 forecast to have roughly flat growth before the coronavirus pandemic. — Fitzgerald

Alongside the jump in oil prices, energy stocks got a boost in premarket trading on Thursday. Shares of Exxon Mobil jumped nearly 6% in extended trading. Diamondback Energy and Devon Energy soared nearly 10% each. Occidental Petroleum and Apache jumped more than 10%. Energy stocks have been beaten down as demand for oil evaporated in the face of the coronavirus shutdown. — Fitzgerald

US oil prices surged 10% to back above $22 a barrel on Thursday after President Donald Trump said he expects Saudi Arabia and Russia to come to an agreement about their price war that has added to the pain for the crude market, already getting hit by an unprecedented demand slowdown from the coronavirus. WTI crude rose 9.4% to $22.22 per barrel on Thursday morning. The European oil benchmark, Brent crude, also rose 9.9% to $27.19 per barrel. — Fitzgerald

The number of jobless claims for the week ending March 28 is slated to be released Thursday at 8:30 a.m. ET. Economists expect another 4 million to 5 million workers filed for unemployment benefits as coronavirus shutdowns roll through the country. The estimates range as high as 9 million. That follows the record 3.3 million claims filed the week earlier. Many more millions are still expected in the weeks to come, and layoffs could easily double those in the financial crisis, economists said. – Li, Domm

Confirmed COVID-19 cases in the U.S. surpassed 200,000 Wednesday, as the country ramps up testing and outbreaks seeps into new citires. The coronavirus has now infected 203,608 people in the U.S., killing at least 4,476 people, according to Johns Hopkins University. President Donald Trump has warned that the country could see an even greater surge in cases over the next few weeks. White House officials are projecting 100,000 to 240,000 U.S. deaths, with coronavirus fatalities peaking over the next two weeks. Global cases are now over 900,000 with more than 47,000 deaths. — Fitzgerald

U.S. stock futures indicated an open in the green on Thursday, with the Dow Jones Industrial Average future rising 400 points. The S&P 500 and Nasdaq Composite were also set to open higher. The stock futures were bolstered by a 10% spike in oil, which experienced a dismal first quarter due to the coronavirus and an oil price war between Russia and Saudi Arabia.

Stocks are coming off of a disappointing first day of the second quarter on Wednesday. The Dow closed 4.4%, or nearly 1,000 points lower. The S&P 500 and Nasdaq Composite also closed 4.4% lower each.

A big jobless claims report ahead at 8:30 am ET would likely determine the direction of the market on Thursday. — Fitzgerald

— with reporting from CNBC's Patti Domm and William Feuer.