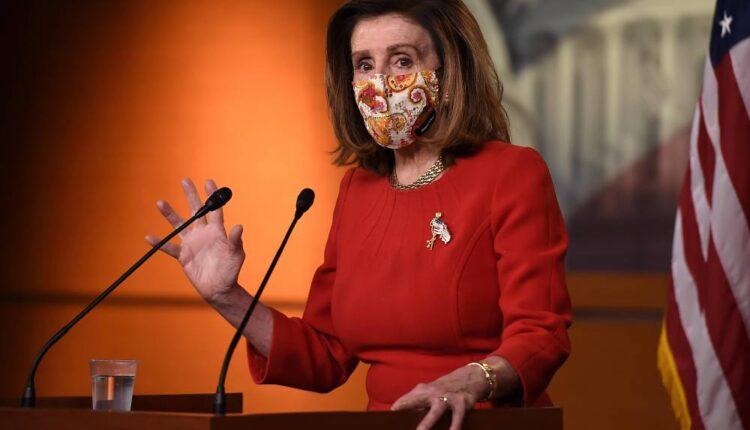 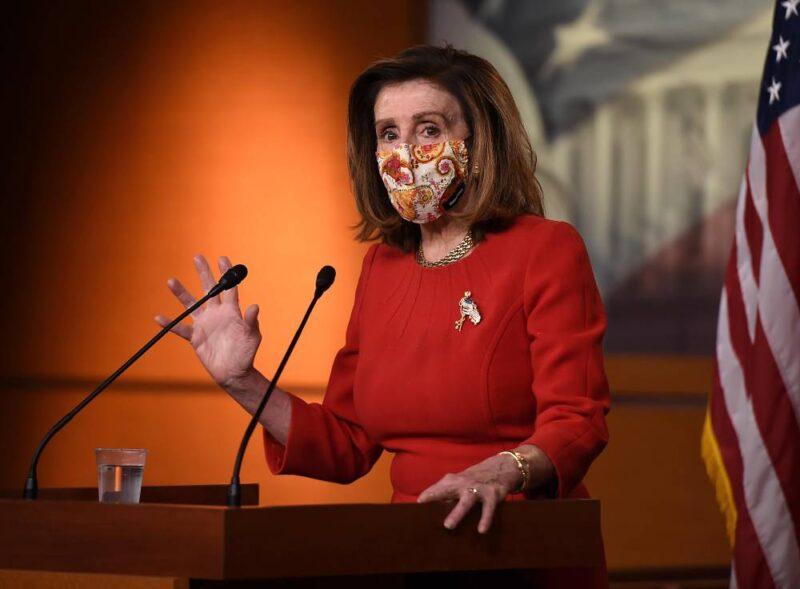 The House hopes to approve its $1.9 trillion aid plan "by the end of February so we can send it to the president's desk before unemployment benefits expire" on March 14, the California Democrat told reporters.

The pandemic-era policies set to run out add a $300-per-week federal unemployment supplement, expand benefits eligibility to self-employed and gig workers, and extend the number of weeks Americans can receive benefits.

Nine House committees this week started to write and advance their portions of the relief bill, which Democrats are expected to pass through budget reconciliation without Republican votes. Pelosi said she expects the panels crafting the legislation will finish their work this week.

The Budget Committee will then combine the policies. Once the completed bill goes through the Rules Committee, the full House can vote on it.

The Senate, which is holding former President Donald Trump's second impeachment trial, is trying to push forward with passing pandemic relief at the same time. Earlier Thursday, Schumer told reporters the trial "is not" delaying approval of the aid package.

The legislation faces more challenges in the Senate than in the House. In an evenly split chamber, a single Democratic defection would stop the bill's approval.

Democrats also have to comply with strict Senate rules governing what lawmakers can include in reconciliation legislation. The Democratic priority of a $15 minimum wage, which the House Education and Labor Committee approved as part of the bill this week, in particular may not survive the process.

Schumer told reporters that he and Senate Budget Committee Chair Bernie Sanders, I-Vt., are "doing everything we can to see that it survives."

Republicans have said they do not support another massive spending package after Congress approved a $900 billion relief bill in December.

Schumer also appeared to endorse the eligibility threshold for $1,400 direct payments set out by the House Ways and Means Committee. It would send the full sum to individuals who make up to $75,000 and couples who earn up to $150,000, then phase them out completely at $100,000 and $200,000 in income, respectively.

He said the House bill "is right in the ballpark" of what Senate Democrats support. Sen. Joe Manchin, D-W.Va., had raised concerns about money going to high-income Americans. Sanders, among others, argued against cutting the income caps for people to receive the full $1,400.

The push to pass another relief package comes as the U.S. tries to ramp up its Covid-19 vaccination effort and sustain jobless Americans until the economy returns to some level of normalcy. The latest data show more than 20 million people are receiving unemployment benefits across all programs currently in place.

If Congress does not renew the policies before March 14, nearly 11 million people could lose benefits, according to one estimate.

The House proposal would increase the current $300-per-week supplement to $400. It would keep that measure, along with others expanding benefits eligibility, in place through Aug. 29.

Biden says China will ‘eat our lunch’ on infrastructure

Biden says China will ‘eat our lunch’ on infrastructure