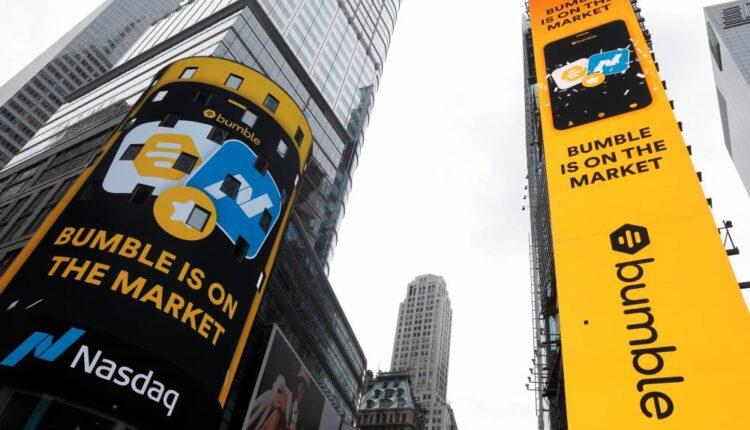 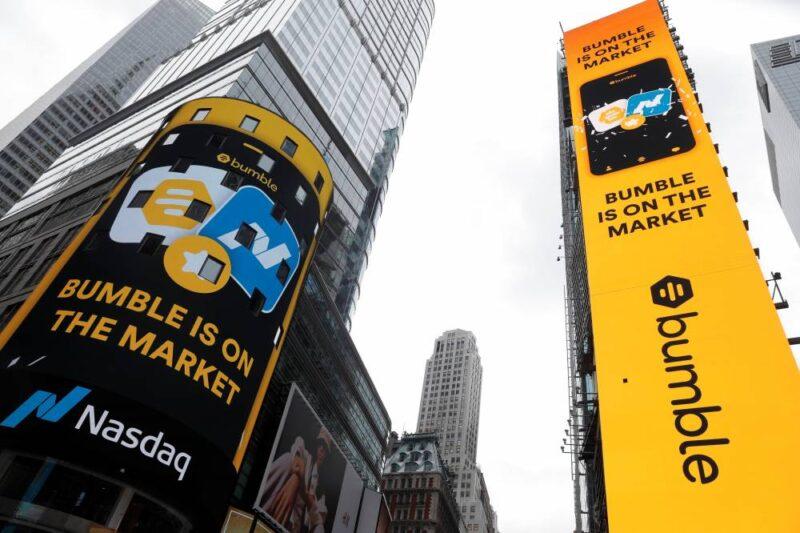 Displays in Times Square outside the Nasdaq MarketSite are pictured as dating app operator Bumble Inc. (BMBL) made its debut on the Nasdaq stock exchange during the company's IPO in New York City, New York, U.S., February 11, 2021.Mike Segar | Reuters

Shares of Bumble, which operates the dating app under the same name, soared in its initial public offering Thursday on the Nasdaq.

On Bumble, which was founded in 2014 by current CEO Whitney Wolfe Herd, women have to initiate the first conversation for heterosexual matches. At 31, Wolfe Herd is the youngest female founder to take a U.S. company public. She also joins the ranks of an extremely small list of women founders who led IPOs, including Stitch Fix's Katrina Lake, who took her company public in 2017, and Julia Wainwright, who took The RealReal public in 2019.

Bumble has a "freemium model," which means users can join and match for free. It earns the bulk of its revenue from in-app purchases and different subscription offerings like Bumble Boost, which starts at $12.99 a week, and its upgraded Bumble Premium, which starts at $17.99 a week.

The paid offerings let users do things like make their profile more prominent, see who's liked their profile first or set themselves to travel mode. It's a similar model to rival apps Hinge and Tinder, where users join and use the core functions for free but can pay for further use. For example, the price for Hinge's "preferred" membership is $19.99 per month. Bumble also makes a small amount of money from advertising and partnerships.

The company said it had 12.3 million monthly active users as of Sept. 30. Speaking to CNBC before the company's first trade, Wolfe Herd said the company is focusing its efforts on converting more of its user base to those paid users by reinvesting in future monetization features and product offering.

Bumble's main competitor is Match Group, which owns Hinge, Tinder and several other dating competitors, and has a market cap of $45.5 billion.

Bumble acknowledged its competition, but said in its prospectus that online dating "is not a 'winner-take-all' market." The company said most people have an average of two different dating apps on their phones.

Stock futures are flat in overnight trading after S&P 500…