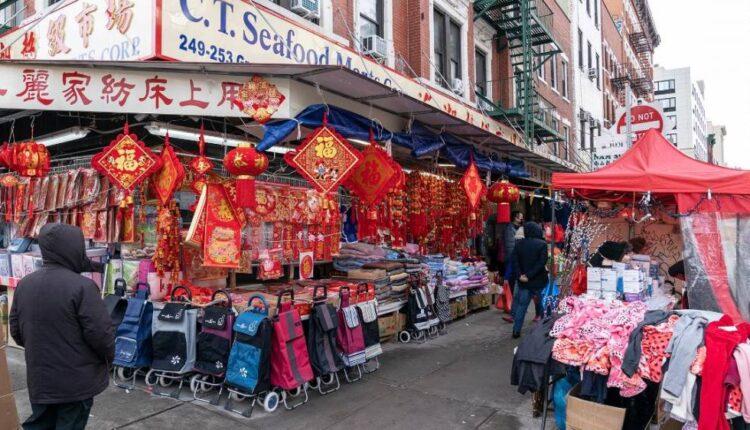 New York (CNN Business)Friday marks the start of Chinese New Year, also known as Lunar New Year. The 15- to 23-day celebration is usually big business for Chinatown communities in cities across the United States. But in a pandemic, this year’s Lunar New Year is expected to be a bust for Chinatown.

The annual affair is traditionally celebrated with banquet-hall gatherings and gift-giving. Fireworks shows, dragon dances and parades attract huge crowds to Chinese communities — typically generating about 30% of annual revenue for restaurants and stores that are now struggling to stay in business because of the pandemic, according to multiple Chinese business leaders.Because of Covid-19 concerns and government restrictions, many Lunar New Year celebrations will be virtual this year.

“It’s not going to be the same or anything close to the same,” said Malcolm Yeung, executive director of the San Francisco Chinatown Community Development Center. 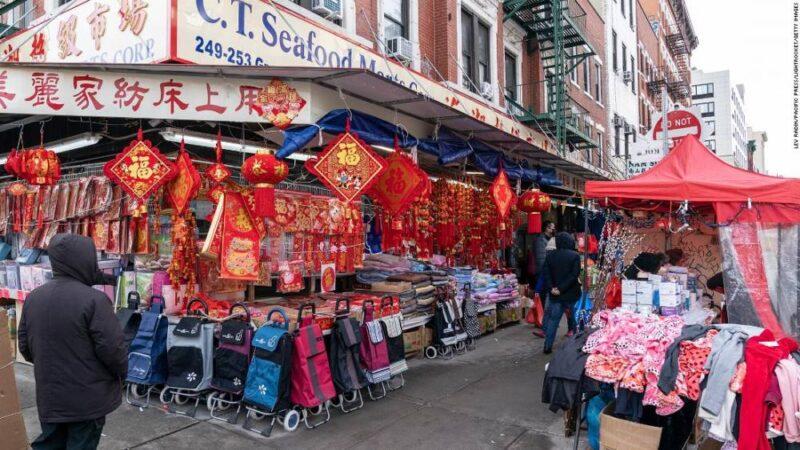 Chinatown street with few people and sellers on February 10, 2021 just two days before the Lunar New Year celebration.Yeung’s organization typically helps plan Lunar New Year-related flower fair festivals and parades with lion and dragon dance eye-dotting ceremonies to take place before and during the holiday season. This year, he says, California state and local restrictions on indoor and outdoor dining and gatherings have made it impossible to host most in-person festivities.Read More”Virtually all of the New Year celebrations we would have had have been canceled and replaced with a couple online programs,” Yeung said. “It’s a community trying to do what we can to uphold our traditions and culture, but knowing it’s just not going to compare to what we would do in a normal year or even what we would do in 2020.”Susan Allen, the CEO and president of the Pan Asian American Chamber of Education Foundation, says she expects most Chinese revelers to connect online with family and friends at home and abroad.”They will hold virtual events or do FaceTime,” Allen told CNN Business. “They will probably put a big TV screen in a room and talk and eat, play some loud music, maybe, for older family members who still want the traditional music and noise.” 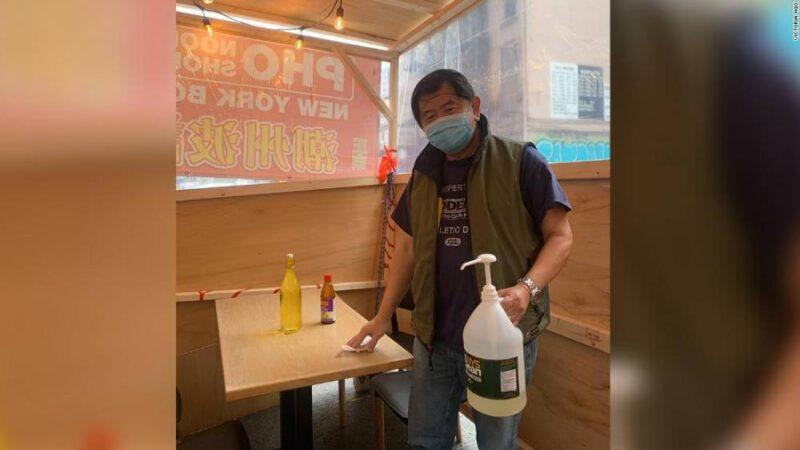 New York City Chinatown restaurant owner Chi Vy Ngo stands in a vestibule outside his “Bo Ky” Chinese and Vietnamese noodle shop on Bayard Street in Manhattan on January 11, 2021.In New York City, Bo Ky Restaurant owner Chi Vy Ngo, who goes by the name “Angle”, isn’t expecting a ton of business in what would typically be the most profitable time of the year for him and most Chinatown business owners.In a normal year, Ngo would have spent the week prepping for a glut of tourists to flood his popular Vietnamese noodle shop, which his father opened in 1986. But this year, he has spent more time selling groceries to local residents than noodles to newcomers.He, like many Chinatown restaurateurs, was forced to pivot his business model to serve as a quasi-grocery store to avoid shutting down.”We expect tomorrow to have somewhere between 60-80 lbs. of pork chops for people to buy and take home and cook for themselves,” Ngo told CNN Business. “Right now we only run 30% of the menu.”Ngo and his family are also going virtual for Chinese New Year this year. Earlier this week, he spent time chatting online with his aunt in Melbourne, Australia.”Because of the pandemic, we cannot go visit her,” he said. “We meet on the phone, WeChat, Facebook, however we can communicate.”

But Yeung, the San Francisco business leader, says Chinatown communities are making the best of a bad situation. 2021 is the year of the ox in the Chinese Zodiac. San Francisco officials and local sponsors partnered to create and create 12 year of the ox statues around the city.”It’s been really well received and I think it’s lifted everyone’s spirits,” Yeung said.

How to save money on streaming services: Credit card offers,…

Disney is still getting hammered by the pandemic, but Disney+ is…