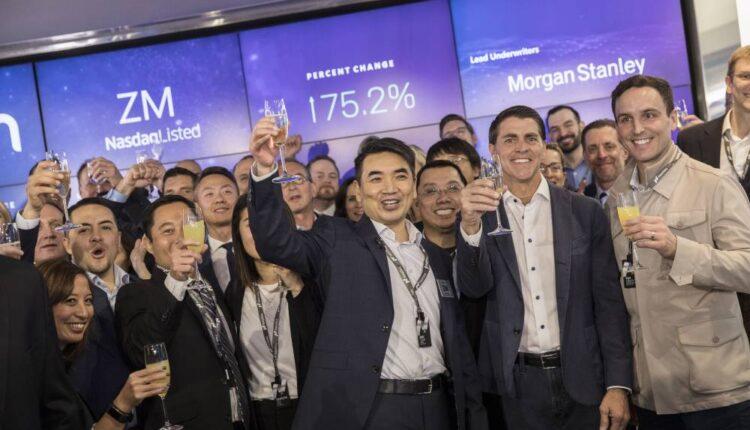 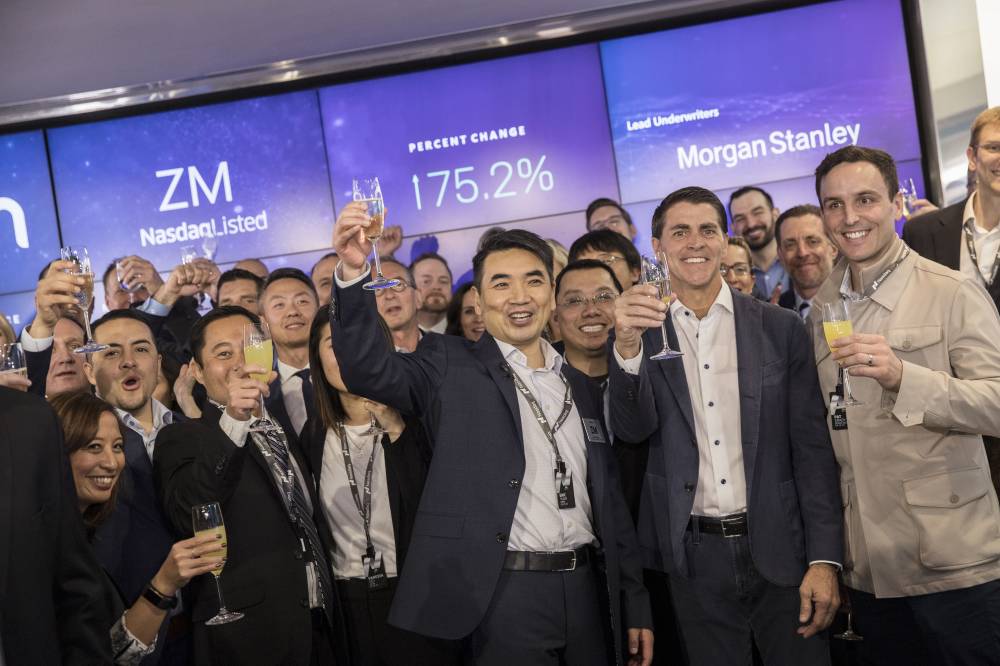 The stock fell 8% by midday, adding to a 17% drop for the week. It had been one of the best-performing stocks in the first quarter as coronavirus-tied lockdowns increased the use of its platform.

The videoconferencing company has been under pressure this week on increased privacy scrutiny. A user in California filed a lawsuit, alleging it breached the state's privacy act by sharing data with Facebook. New York Attorney General Letitia James also opened a probe into its practices earlier this week.

In response, the company said it "takes its users' privacy, security, and trust extremely seriously … We appreciate the New York Attorney General's engagement on these issues and are happy to provide her with the requested information."

Mark Tepper, president of Strategic Wealth Partners, said the company's strong brand positioning is a solid foundation, but grows concerned it could be setting up for a larger fall after the stock's 84% gain this year.

"This whole digital transformation, it's all going to be accelerated now. So, it's a secular trend you definitely want to play. And so far, Zoom has really been the only pure play that's a publicly traded stock and because of that, obviously the price has zoomed up much higher … but I would say if you're not in it yet, I wouldn't be chasing it here," Tepper said Wednesday on CNBC's "Trading Nation."

He notes that its roughly 50 times enterprise value to sales is too high, and said the conversion rate from free users to paid might take a hit when the economy stabilizes.

"Does it give back some gains? And then there's a lot of alternatives as well. So, I actually prefer Microsoft right here," said Tepper.

"Microsoft is a great company. It has a fortress of a balance sheet, their execution has been flawless, and they're going to continue to pump out great products," said Tepper.

JC O'Hara, chief market technician at MKM Partners, is more bullish on Zoom's stock and would buy on any weakness.

"This is one of those few companies out there that's exhibiting this rare positive momentum, when the rest of the world is in a bear market," O'Hara said during the same segment. "Zoom is in a bull market, so we should be looking to buy pullbacks here. If you look at the chart, this formed a nice bullish cup and handle formation over the last year. In February, the price broke out and it really ran."

"So yes, overbought in the short term. I would love to see it come back down to the $120 area, I think that is proper support. And I think that is the area we should get involved and we should be buying pullbacks in uptrends right here for Zoom," O'Hara said.