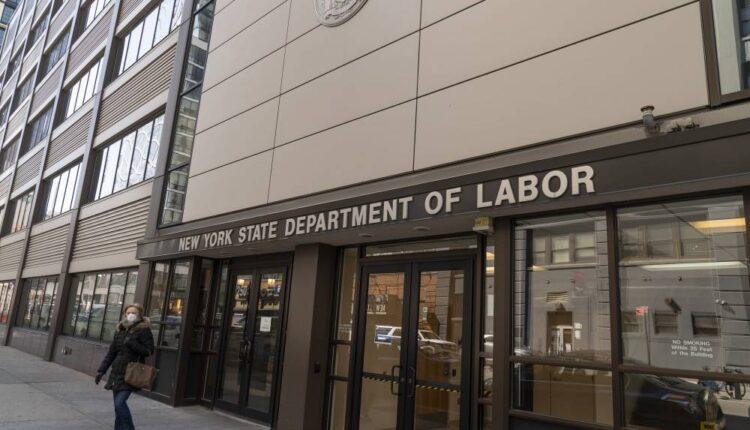 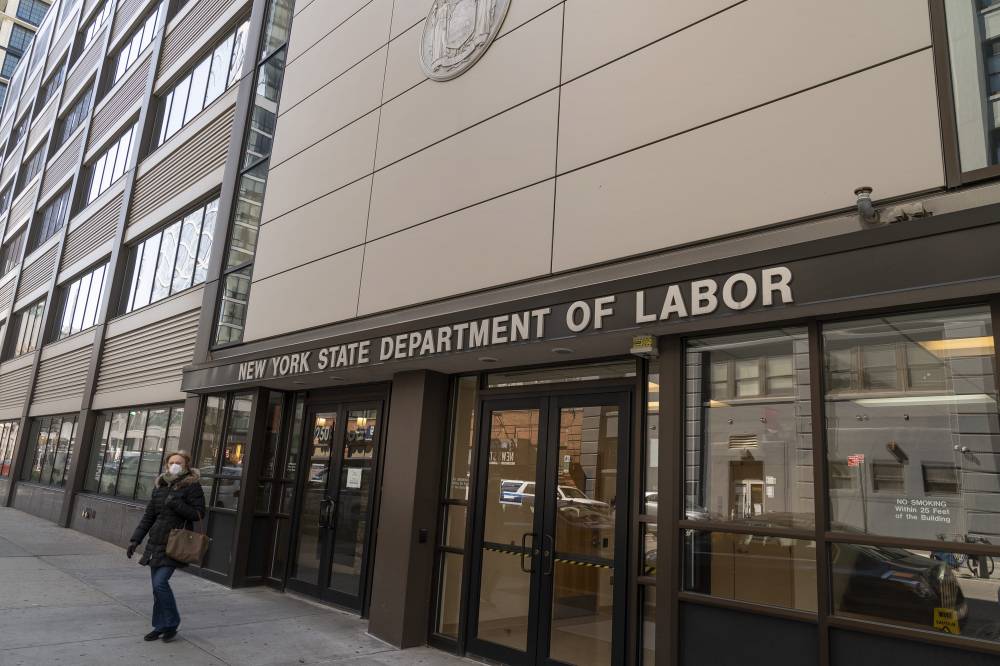 View of Brooklyn office of NYS Department of Labor as unemployment claims in USA soared to 3.3 million in week ended March 21 because of COVID-19 pandemic.Lev Radin | Pacific Press | Getty Images

The 6.6 million claims workers filed for unemployment benefits last week is not expected to be an accurate reflection of the real number of Americans who found themselves suddenly out of work.

The number is expected to continue to grow by millions this month.

Weekly jobless claims for the week ending March 28, was double the already shocking 3.3 million record filings of the week earlier. It also is well above the 3.1 million consensus forecast of economists, which had become irrelevant by Wednesday, as a number of major firms put out estimates that were closer to 5 million.

Stocks gave up some early gains and turned negative after the 8:30 a.m. ET report, but they then reversed and were higher in early trading. Treasury yields barely budged but were lower on the day. The 10-year Treasury yield, which moves opposite price, slipped to 0.58%.

"We're near super low levels on yields. The markets are showing you it's as much about where the turn is going to be and how long this is going to last. We know it's going to be awful. How long is it going to be awful?" said John Briggs, head of strategy at NatWest Markets. The bond market was more influenced Thursday by the near 10% jump in crude prices after President Donald Trump said he expected the feud between Saudi Arabia and Russia to end soon.

Strategists are already looking past the March employment report, which is expected Friday Morning. Economists expect it to show a decline of about 100,000 nonfarm payrolls. The data is was computed from a survey from before the big state shutdowns towards the end of March, which resulted in big layoffs.

"Here we are facing more reality. I think it's the whole timing thing,"  Briggs said of the markets reaction this week. "The whole turnaround was Trump admitting it's going to take longer. When you do your forecast, you have to pick a turn in the virus."

Trump on Sunday extended the social distancing rules until April 30, though he had earlier said he would like to open parts of the economy by Easter, April 12. In another briefing Tuesday, he discussed the severity of the virus and the potential for 100,000 to 240,000 deaths in the U.S. and the painful weeks ahead for America.

Strategists said they are monitoring the federal program, approved last week, that is intended to get funds into the hands of small businesses to prevent further layoffs. But at the same time, many more layoffs are expected, with Florida and Georgia among the latest states to order residents to stay home.

"The thing that will mitigate ultimately the job losses we end up experiencing is whether the small businesses in general get the loans quickly enough," said Grant Thornton chief economist Diane Swonk.  Swonk had a high forecast of as many as 9 million claims for the week, and she said the number of potential existing claims have not yet been filed.

"It's an under count, and we know in states like California, they were expecting a million they got almost 900,000. The state of New York is close to Michigan, and we know it was hit much harder and sooner, and we know state workers were hit as well," said Swonk. Claims in New York state were 366,000, on top of about 80,000 the week earlier.

Swonk said some states, like Michigan, are also not yet processing the part time or furloughed workers that are now eligible for claims under the aid program approved by Congress last week.

"When I look at Illinois being less than 200,000, you know that number is going to spike. It's going to spike in New York," said Swonk. About 80% of the country is now under stay-at-home orders.

Goldman Sachs economists had expected about 9 million for the last two weeks together, and they also forecast another 9 million in the month of April. "This would imply a surge of nearly 18 [million] 'excess' claims by the end of April due to the virus shock," the economists wrote. They said by one calculation the claims, if they imply 18 million unemployed workers would equal an increase of 12.5 percentage points in the unemployment rate, and an 12.5 percent hit to real GDP.

The economists said during the recovery from the last recession, GDP stabilized when jobless claims first started to move lower and continuing claims hit their peak.

"It makes us wonder if Friday's all-important employment report covering the month of March deserves to be covered at all," wrote Chris Rupkey, chief financial economist at MUFG Union Bank.

"In a normal recession, job layoffs build over the many months of recession until they peak. In this pandemic-based recession, the job losses are immediate where the economy's weakest hour is right now," he noted.