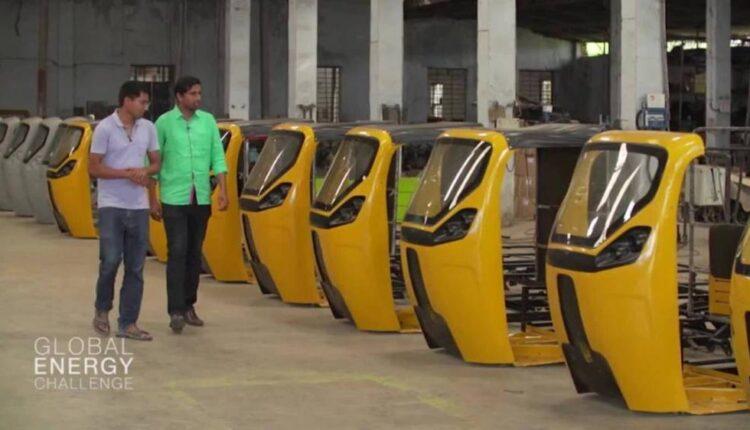 Motorbikes and three-wheel rickshaws are ubiquitous in the country, and India’s government announced last year that only electric two and three-wheel vehicles would be allowed by 2025.Bangalore-based startup Altigreen is among the companies looking to fill this space, as it prepares to hit the market with its debut three wheeler.

Change from the bottom up

Altigreen, founded in 2012, started out retrofitting diesel and petrol cars with electric motors to convert them to hybrids. Read MoreThe company will launch its first — as yet unnamed — fully electric vehicle “within the next quarter,” according to CEO Amitabh Saran. 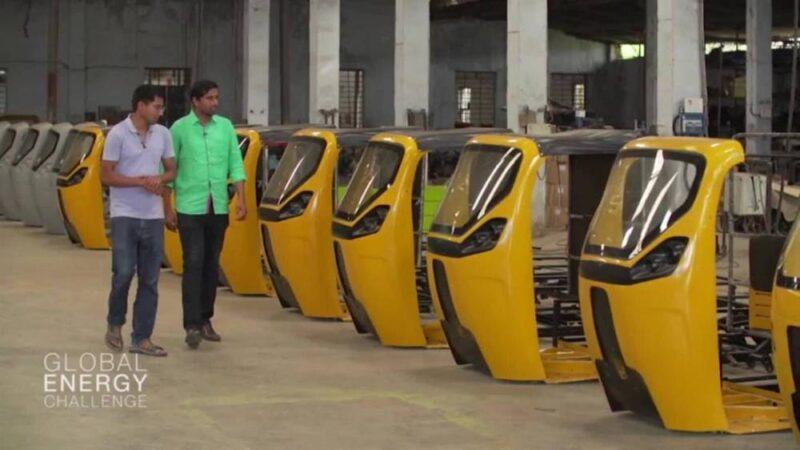 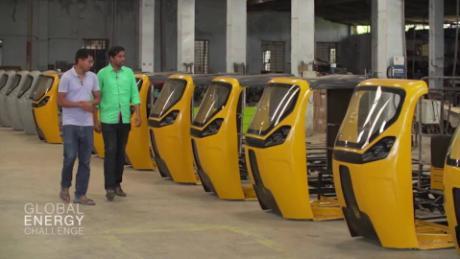 India plans electric vehicle revolution 01:52A partner company is producing the car’s external framework, while Altigreen supplies the internal components including motor, transmission, display system, and telematics that supply data on driving performance to the user’s smartphone. The startup is confident its model is among the fastest, with a top speed of 53 kilometers per hour (33 miles per hour), and offers faster charging, which is a key consideration for Altigreen’s target market. The company is “focused on the bottom end of the market,” says Saran, for customers driving passengers and cargo. Rather than needing a charging station, Altigreen’s three-wheeler can be charged through any ordinary AC power socket in three to four hours, the CEO says. The vehicle has a higher initial price than non-electric rivals at around 350,000 rupees ($4,700) but Saran is confident it will deliver savings to drivers and fleet managers such as logistics companies. “It is justified on pure economics,” he says. “Today a three-wheel driver spends 350-400 rupees ($4.70-$5.40) per day on diesel to cover 100 kilometers.” “To do the same with our electric operation will be about 90 cents — a huge saving for someone who potentially earns $8-9 a day.”

India’s government has taken steps to incentivize the purchase of electric vehicles by cutting taxes and offering subsidies. Electric vehicles could mitigate the health impact of air pollution, although these vehicles would draw power from a grid largely reliant on coal, which is itself a polluter. Other companies are also offering electric rickshaws, including Delhi-based Saarthi. Gayam Motor Works of Hyderabad has developed swappable batteries for its vehicles to avoid charging delays. Ride-hailing giant Ola has announced plans to put 1 million electric vehicles on India’s streets, including 10,000 electric rickshaws.But Saran acknowledges that it will be challenging to win the trust of Indian motorists. He believes electric vehicles have a poor reputation due to an influx of cheap imports ill-suited to India’s “harsh environment” of “high temperatures, poor infrastructure, and potholes.”Part of Altigreen’s brand identity is that the company’s products are almost entirely made in India, apart from a handful of components. Saran says they are tested in Indian conditions and designed for the country’s unique challenges. Altigreen is also looking to develop two and four-wheel vehicles. The company has a target of producing 10,000 vehicles a month within three years.Like the rest of the world, India has been impacted by the spread of novel coronavirus. The whole country has been placed under lockdown for a minimum of 21 days in an effort to halt its spread.But at the moment, Saran says the launch of Altigreen’s electric three-wheeler remains on track. “Fleet customers are continuing to ask us for vehicles,” he says, but he acknowledges the lockdown could have an impact if it lasts beyond three weeks.

The potential for profit in the sector is huge, but Saran says the company is motivated by another ambition, to help the transition to clean fuel that could save many lives by cutting pollution. “It drives my team knowing the target is greater than any commercial gain,” he says.