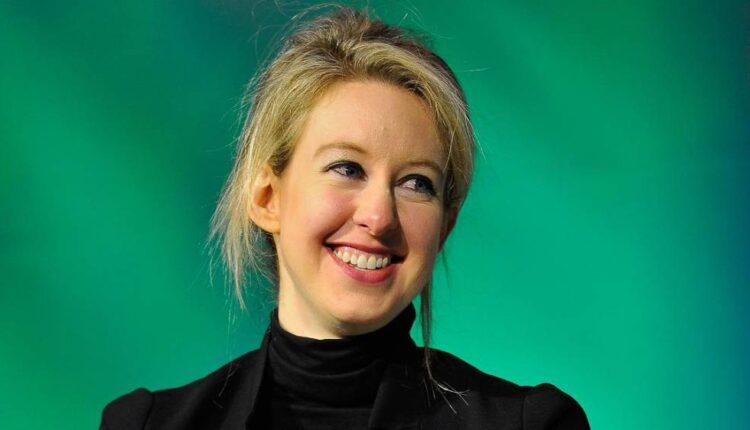 (CNN)Elizabeth Holmes, the founder and former CEO of failed biotech startup Theranos, went from being hailed as the next Steve Jobs to facing up to 20 years in prison over federal fraud charges. How did Holmes get here?

A Stanford University dropout, Holmes — inspired by her own fear of needles — started the company at the age of 19, with a mission of creating a cheaper, more efficient alternative to a traditional blood test. Theranos promised patients the ability to test for conditions like cancer and diabetes with just a few drops of blood. She attracted hundreds of millions of dollars in funding, a board of well-known political figures, and key retail partners.But a Wall Street Journal investigation poked holes into Theranos’ testing and technology, and the dominoes fell from there. Holmes and her former business partner, Ramesh “Sunny” Balwani, were charged in 2018 by the US government with multiple counts of wire fraud and conspiracy to commit wire fraud. (Both have pleaded not guilty.) More than three years later, Holmes is finally getting her day in court.

Here are the highlights of the rise and fall of Elizabeth Holmes and Theranos.

March 2004: Holmes drops out of Stanford to pursue Theranos

Read MoreHolmes, a Stanford University sophomore studying chemical engineering, drops out of school to pursue her startup, Theranos, which she founded in 2003 at age 19. The name is a combination of the words “therapy” and “diagnosis.”

Balwani joins as chief operating officer and president of the startup. Balwani, nearly 20 years her senior, met Holmes in 2002 on a trip to Beijing through Stanford University. The two are later revealed to be romantically involved.

A decade after first starting the company, Holmes takes the lid off Theranos and courts media attention the same month that Theranos and Walgreens announce they’ve struck up a long-term partnership. The first Theranos Wellness Center location opens in a Walgreens in Palo Alto where consumers can access Theranos’ blood test. The original plan had been to make Theranos’ testing available at Walgreens locations nationwide.

September 2014: Holmes named one of the richest women in America by Forbes

Holmes is named to the magazine’s American billionaire list with the outlet reporting she owns a 50% stake in the startup, pinning her personal wealth at $4.5 billion. 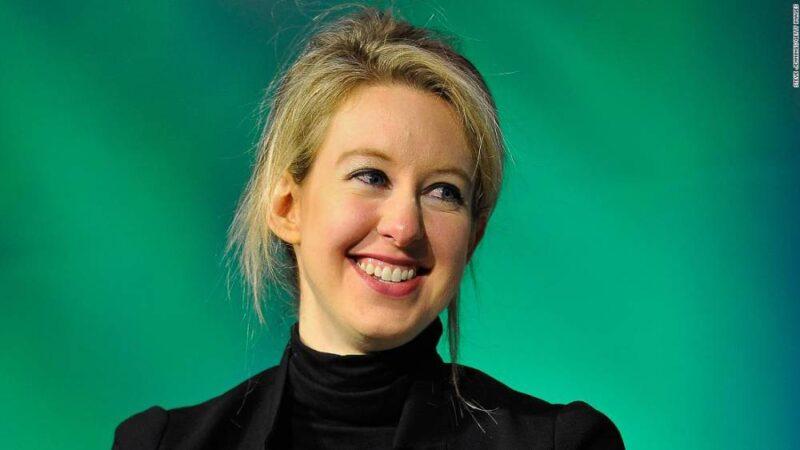 Theranos has raised more than $400 million, according to a profile of the company and Holmes by The New Yorker. It counts Oracle’s Larry Ellison among its investors.

The FDA clears Theranos to use of its proprietary tiny blood-collection vials to finger stick blood test for herpes simplex 1 virus — its first and only approval for a diagnostic test.

October 2015: Theranos is the subject of a Wall Street Journal investigation; Holmes hits back

The Wall Street Journal reports Theranos is using its proprietary technique on only a small number of the 240 tests it performs, and that the vast majority of its tests are done with traditional vials of blood drawn from the arm, not the “few drops” taken by a finger prick. In response, Theranos defends its testing practices, calling the Journal’s reporting “factually and scientifically erroneous.”A day later, Theranos halts the use of its blood-collection vials for all but the herpes test due to pressures from the FDA. (Later that month, the FDA released two heavily redacted reports citing 14 concerns, including calling the company’s proprietary vial an “uncleared medical device.”) One week after the Journal report, Holmes is interviewed on-stage at the outlet’s conference in Laguna Beach. “We know what we’re doing and we’re very proud of it,” she says. 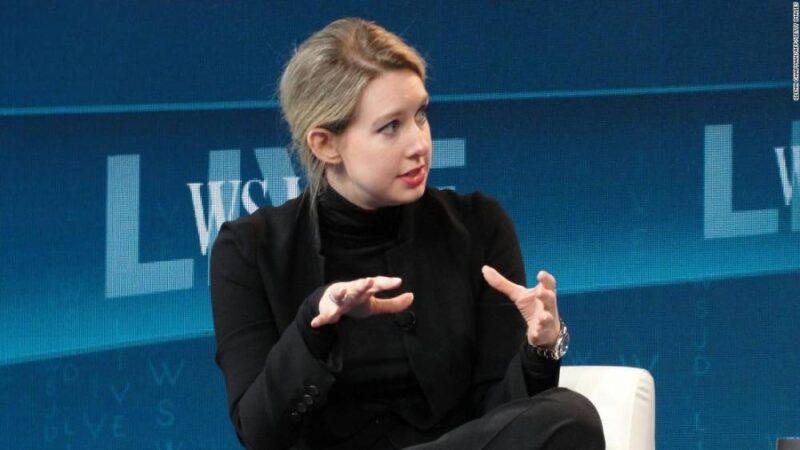 Holmes speaking at a Wall Street Journal technology conference in Laguna Beach, California on October 21, 2015. Amid the criticism, Theranos reportedly shakes up its board of directors, eliminating Henry Kissinger and George Shultz as directors while moving them to a new board of counselors; the company also forms a separate medical board.

Safeway, which invested $350 million into building out clinics in hundreds of its supermarkets to eventually offer Theranos blood tests, reportedly looks to dissolve its relationship with the company before it ever offered its services.

Centers for Medicare and Medicaid Services (CMS) sends Theranos a letter saying its California lab has failed to comply with federal standards and that patients are in “immediate jeopardy.” It gives the company 10 days to address the issues.In response, Walgreens says it will not send any lab tests to Theranos’ California lab for analysis and suspends Theranos services at its Palo Alto Walgreens location.

CMS threatens to ban Holmes and Balwani from the laboratory business for two years after the company allegedly failed to fix problems at its California lab. Theranos says that’s a “worst case scenario.”

Forbes revises its estimate of Holmes’ net worth from $4.5 billion to $0. The magazine also lowers its valuation for the company from $9 billion to $800 million.Walgreens, once Theranos’ largest retail partner, ends its partnership with the company and says it will close all 40 Theranos Wellness Centers. 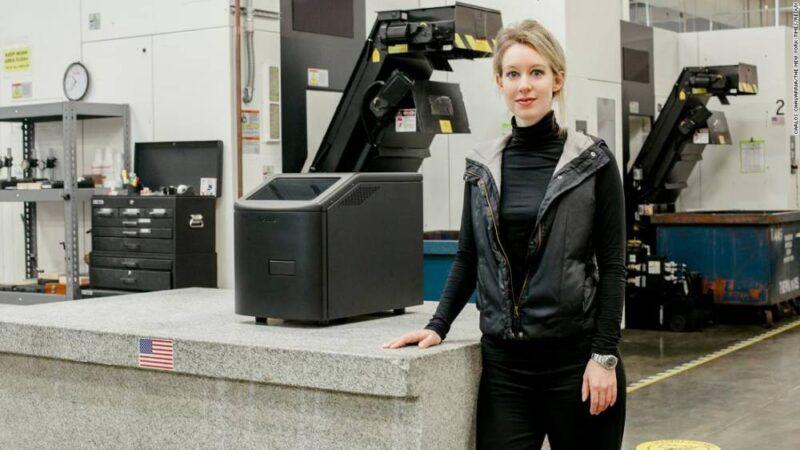 Holmes with a Theranos blood testing machine at the company’s facility in Newark, California, in December 2015.

July 2016: Holmes is banned from running labs for two years

CMS revokes Theranos’ license to operate its California lab and bans Holmes from running a blood-testing lab for two years.

Holmes tries to move past recent setbacks by unveiling a mini testing laboratory, called miniLab, at a conference for the American Association for Clinical Chemistry. In selling the device, versus operating its own clinics, Theranos seeks to effectively side-step CMS sanctions, which don’t prohibit research and development.

Walgreens sues the blood testing startup for breach of contract. Walgreens sought to recover the $140 million it poured into the company. The lawsuit was settled August, 2017.

Theranos downsizes its workforce yet again following the increased scrutiny into its operations, laying off approximately 155 employees or about 41% of staffers.The Wall Street Journal reports that Theranos failed a second regulatory lab inspection in September, and that the company was closing its last blood testing location as a result.

Theranos settles with the CMS, agreeing to pay $30,000 and to not to own or operate any clinical labs for two years.Theranos also settles with the Arizona Attorney General Mark Brnovich over allegations that its advertisements misrepresented the method, accuracy, and reliability of its blood testing and that the company was out of compliance with federal regulations governing clinical lab testing. Theranos agrees to pay $4.65 million back to its Arizona customers as part of a settlement deal.

The SEC charges Holmes and Balwani with a “massive fraud” involving more than $700 million from investors through an “elaborate, years-long fraud in which they exaggerated or made false statements about the company’s technology, business, and financial performance.” The SEC alleges Holmes and Balwani knew that Theranos’ proprietary analyzer could perform only 12 of the 200 tests it published on its patient testing menu.Theranos and Holmes agree to resolve the claims against them, and Holmes gives up control of the company and much of her stake in it. Balwani, however, is fighting the charges, with his attorney saying he “accurately represented Theranos to investors to the best of his ability.”

Reporter John Carreyrou, who first broke open the story of Theranos for the Wall Street Journal, publishes “Bad Blood,” a definitive look at what happened inside the disgraced company. Director Adam McKay (who directed “The Big Short”) secures the rights to make the film, starring Jennifer Lawrence as Holmes, by the same name.

Holmes and Balwani are indicted on federal wire fraud charges over allegedly engaging in a multi-million dollar scheme to defraud investors, as well as a scheme to defraud doctors and patients. They each face up to 20 years in prison. (Both have pleaded not guilty.)Minutes before the charges were made public, Theranos announced that Holmes has stepped down as CEO. The company’s general counsel, David Taylor, takes over as CEO. Holmes remains chair of the company’s board. 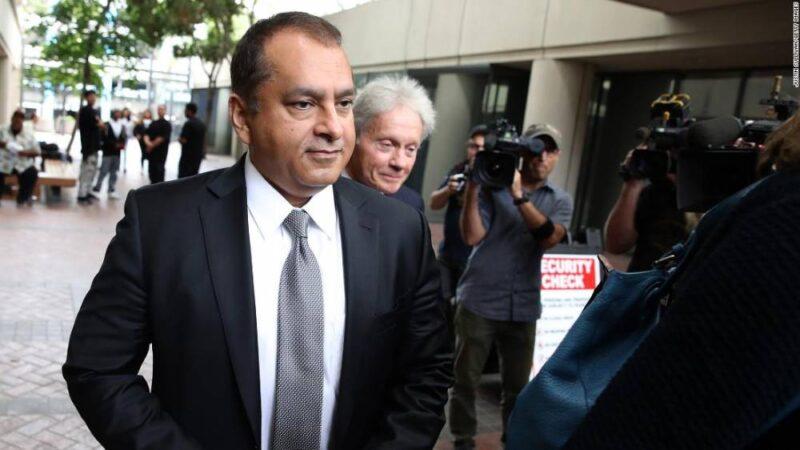 Taylor emails shareholders that Theranos will dissolve, according to a report from The Wall Street Journal. Taylor said more than 80 potential buyers were not interested in a sale. “We are now out of time,” Taylor wrote.

March 2019: Theranos gets the documentary treatment

Alex Gibney, the prolific documentary filmmaker behind “Dirty Money,” “Enron: The Smartest Guys in the Room,” and “The Armstrong Lie,” debuts “The Inventor” on HBO, following the rise and fall of Theranos. 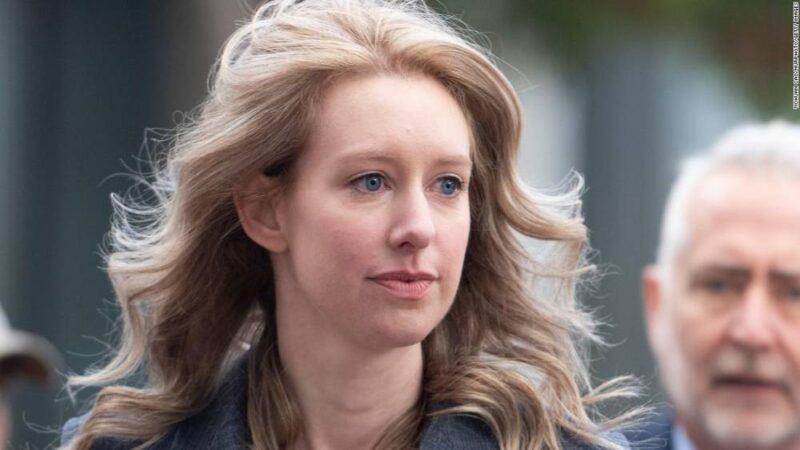 May 2020: An additional criminal wire fraud charge is tacked on

A new court document reveals Holmes may seek a “mental disease” defense in her criminal fraud trial. Later, in August 2021, unsealed court documents reveal Holmes is likely to claim she was the victim of a decade-long abusive relationship with Balwani. The allegations led to the severing of their trials. His trial is slated to begin in 2022.

Initially set to begin in July 2020, Holmes’ criminal trial is further delayed til July 2021 due to the coronavirus pandemic.

News surfaces that Holmes’ is expecting her first child, once more further delaying her criminal trial. Holmes’ counsel advised the US government that Holmes is due in July 2021, a court document revealed. She gave birth in July. 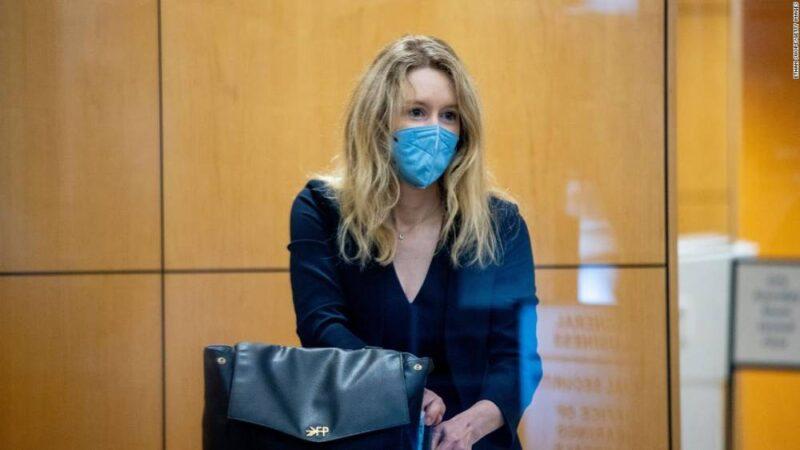 Holmes collects her belongings after going through security at the Robert F. Peckham Federal Building with her defense team on August 31, 2021 in San Jose, California.

More than 80 potential jurors are brought into a San Jose courtroom for questioning over the course of two days to determine if they are fit to serve as impartial, fair jurors for the criminal trial of Holmes. A jury of seven men and five women is selected, with five alternatives.