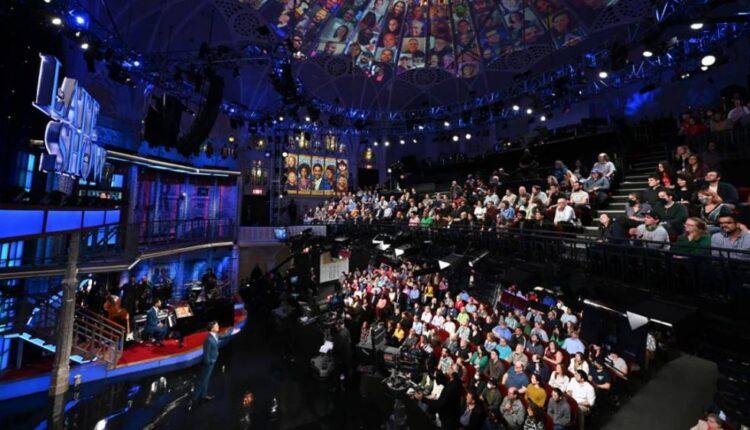 New York (CNN Business)Stephen Colbert has come a long way since doing a monologue in a bathtub.

The host welcomed back a full house to the Ed Sullivan Theater, home of CBS’ “The Late Show,” on Monday. It was the first time in 15 months that Colbert presented the show in front of a live audience.CNN Business was granted access to the taping of Colbert’s return to the big stage, which took place in front of a fully vaccinated crowd.

I’ve covered many “The Late Show” tapings since Colbert took over for David Letterman in 2015. I’ve seen Colbert interview Donald Trump, go late into the night live after the Republican National Convention, and even drink wine with former FBI director James Comey.

However, none of those moments truly matched the energy that was in the Ed Sullivan Theater on Monday night. The theater, which is located on Broadway, houses the largest audience of any of the late night shows (its capacity is 400 people). So even though other hosts welcomed back audiences before Colbert, this felt like a New York institution had returned.Read More”So … how ya been?” Colbert said with a smile to audience members during the opening monologue. “I have not been on this stage in front of a live audience for 460 days. I don’t know if I even remember how to pander to the most beautiful crowd in the world!” 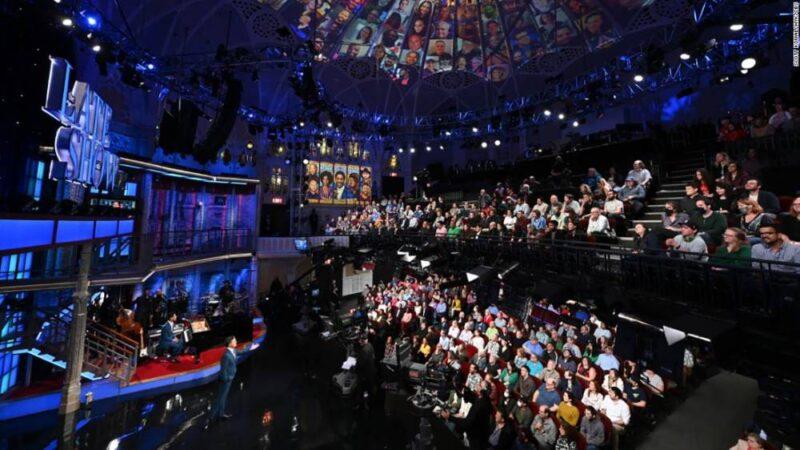 Stephen Colbert in front of an audience. Photo: Scott Kowalchyk/CBS ©2021 CBS Broadcasting Inc. All Rights Reserved.Colbert was the first host back on TV after the pandemic ravaged the United States in March 2020. He famously returned to the airwaves by doing a monologue from his bathtub. Since then, the show did remote productions from South Carolina and the Ed Sullivan Theater offices.As for Monday’s “Late Show,” it felt in some ways the same as the show’s pre-pandemic broadcasts — but there were differences.For example, Colbert usually comes out before the show and does a quick question and answer with the crowd, but that wasn’t the case this time. 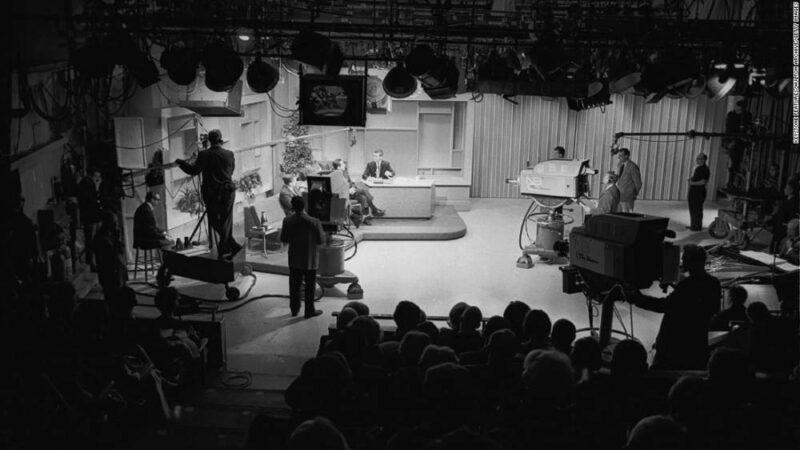 Late-night hosts weren't always so political. Here's why they changed”This is the time when Stephen normally comes out, says ‘hello,’ takes questions and gets to know you better. Not happening,” Chris Licht, the show’s executive producer and showrunner, said before the taping. “Tonight we thought it’d be special if the first time you guys got to lay eyes on each other is when the cameras are rolling.”There were other little moments that were more charged than usual, such as Colbert and his band leader, Jon Batiste, embracing like old friends who hadn’t seen each other in ages. Another was when Colbert flubbed a joke during the opening monologue.”There’s no way of knowing that I’ve been gone for 15 months,” Colbert said after his flub.There was also the standard Colbert weirdness like when the comedian danced with people dressed as vaccines and with his crowd.”Is it a good sign that you danced for four minutes and can’t breathe?” Colbert said a bit winded. 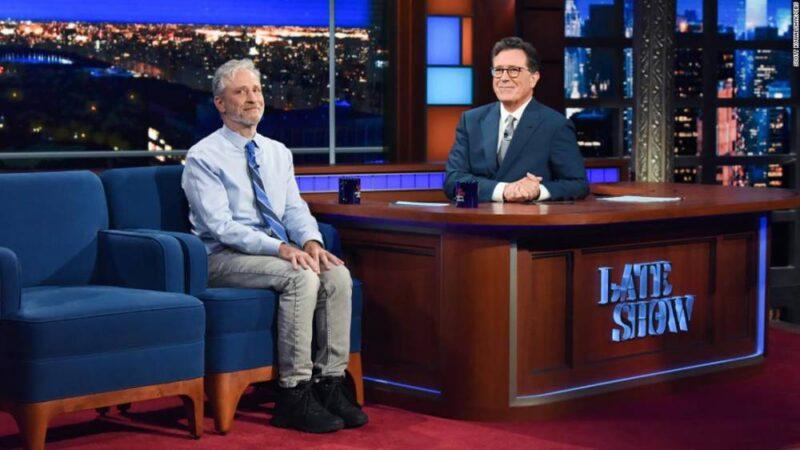 Jon Stewart was a guest on Monday. Photo: Scott Kowalchyk/CBS ©2021 CBS Broadcasting Inc. All Rights Reserved.And there were special guests, too.Comedian Dana Carvey appeared on the show doing an impersonation of President Joe Biden. And Jon Stewart sat down with Colbert for a wide-ranging, 20-minute long interview that likely had to be cut down for the final broadcast. Colbert said it was the first time the two had seen each other in person in more than a year.”There’s nothing I wanted to do more than breathe everyone’s air,” Stewart joked. “I know we’re all vaccinated, and I’m not going to get Covid, but I’m going to get something.”Colbert also brought out his wife, Evelyn, during his opening monologue.”There’s no greater audience in the world than you people, and when I said that I was wrong,” Colbert said. “See, for the last 15 months, my only audience was truly the greatest of all time: My wife.”

Evelyn Colbert then joined her husband on stage and greeted the audience.”Audience, he’s all yours now,” she said.