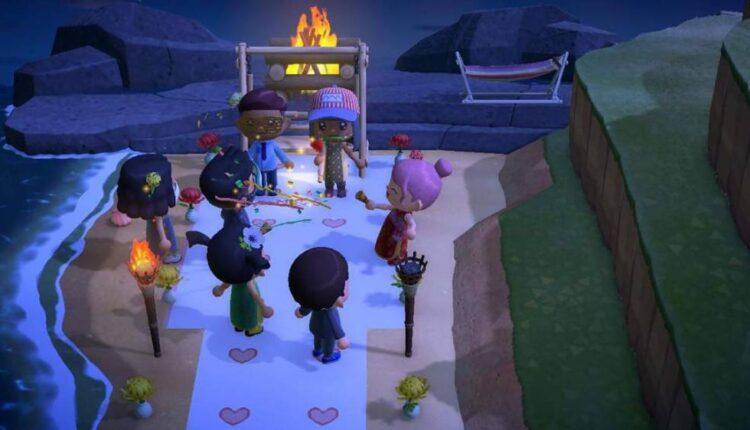 From weddings and graduation ceremonies to classes, people are taking the extra time they have indoors to meet up online. More than half of America is officially urged to stay home during the growing pandemic. New Jersey residents Sharmin Asha and Nazmul Ahmed told CNN Business that they had planned to hold their wedding in downtown Brooklyn on April 12, but the uptick of Covid-19 cases made them change their plans.

“I work in a hospital and I’ve been around patients that have potentially Covid, and a lot of healthcare workers, so I didn’t want to expose anyone to that,” said Asha, 28, who is planning to graduate this May and become a doctor.Instead, Ahmed surprised Asha with a symbolic wedding celebration on Sunday in Nintendo’s new game “Animal Crossing: New Horizons,” while postponing the real-life wedding date to next year. They plan to get legally married within a couple of months once it’s safe to go outside and travel again. Read More 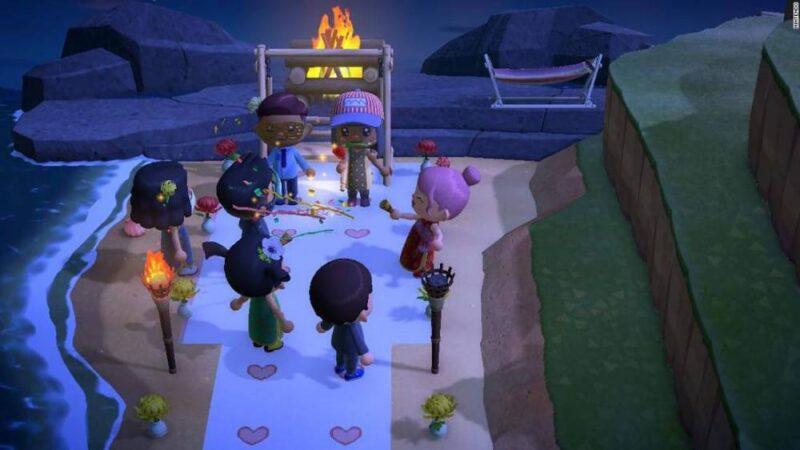 Sharmin Asha and Nazmul Ahmed gather for a virtual wedding in Nintendo’s “Animal Crossing,” surrounded by friends.”Animal Crossing” is a slow-paced game set on an idyllic island, where you can build furniture and meet friends. Many people, including Asha and Ahmed, who don’t usually play video games, are getting into “Animal Crossing” to socialize during this isolating time.Ahmed, 28, an engineer, said, “I wanted to show her that even though we can’t physically celebrate with our friends and family, we still have a ton of love and support coming our way.”Their virtual beach wedding featured their initials on the sand, flowers and six of their friends in the game. Five other real-life friends who didn’t own the game followed along in a video call. Ahmed even created clothes that resembled a shirt and tie that he owns in real life.”It was very sweet,” said Asha.Video game sales have risen for retailers and online stores, as analysts anticipate more people playing as they stay home. PC game store Steam reported an all-time high of over 22 million users on Sunday.”People are still figuring out things like, ‘how do I watch Netflix with friends through Zoom?'” said Carter Rogers, principal analyst at SuperData, a Nielsen company that tracks the video game industry. “But video games are already here and have been doing social play for years, so it’s pretty natural for people to gravitate toward games.” As events get canceled, including student graduations, some are turning to games to honor major life milestones.Alvaro Romero, 24, a brand strategist in Queens, New York, said he helped his best friend celebrate his graduation from the New York City Fire Department’s Emergency Medical Services Academy in the shooter game “Apex Legends.” The ceremony was scheduled for June but was postponed due to Covid-19.Because the game only allows squads of three, Romero, his best friend, and a third gamer held a celebration, playing as characters like Bangalore that possesses smoke skills and Crypto who has a drone that can light up a firework-like display for the celebration. The FDNY declined to make the EMS student available for an interview.As a fast-paced shooter game where squads face off to be the last ones standing, “Apex Legends” proved to be a tough setting for a ceremony. Romero and his friends lost the first few games before they could get to launch their celebration. After those attempts, they managed to give a short speech and play a graduation song through Romero’s Google Home. “The whole gaming community has joked about being built for moments like this,” said Romero, referring to the amount of people staying home. Teachers across the United States are adapting to conducting lessons via the internet. 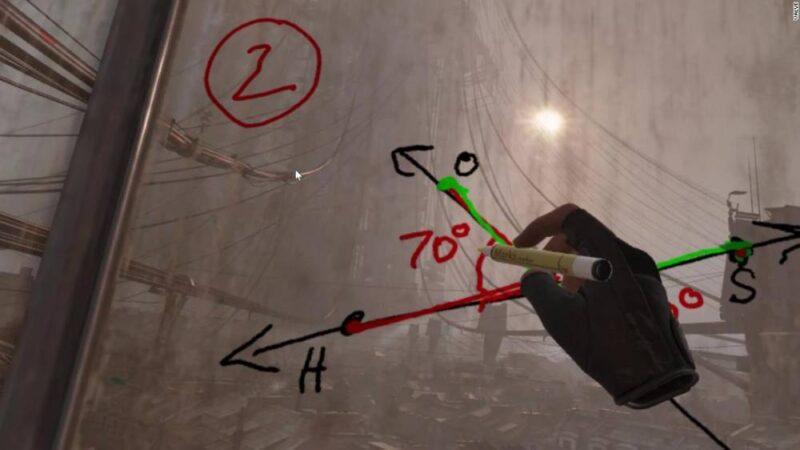 The virtual reality game starts off in Alyx’s apartment which conveniently has a dry erase board, markers and an eraser. “I looked around and I was like, ‘oh my gosh, I can make a hilarious video here and my kids are gonna love this,'” Coomber told CNN Business. His video went viral on YouTube and Reddit, and his students seemed to absorb the material, he said. “We actually did a quiz on it,” he said on Wednesday. “And I had really high scores considering that was the first time I’d ever really taught that concept.”

Chinese startups were struggling. The coronavirus may be the last straw

coronavirus impact: Foreign trade policy to be extended by 6 months till Sep 30