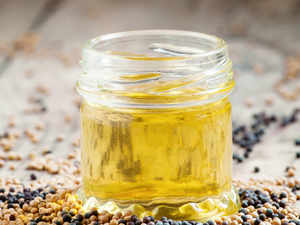 SEA has suggested the government to increase import duties on soya and sunflower oils to 45 per cent from the current 37.5 per cent, while crude palm oils to 50 per cent.New Delhi: As India’s 2010 pact with Malaysia and Indonesia came to an end, trade body SEA on Monday said the government should hike customs duty on soya, sunflower and crude palm oils and encourage domestic production.

The Solvent Extractors Association of India (SEA) also urged the government to ban the import of refined palm oils or palmolien in order to encourage domestic production.

These are some of the short-term measures the trade body has submitted to the government for making India self-sufficient in edible oils.

“…No nation can afford to compromise its edible oil security to the extent of almost 70 per cent of its annual consumption. This situation calls for corrective actions to be taken up on priority,” SEA President Atul Chaturvedi said in a statement.

Low import duties on edible oils over the years has practically made our farmers lose interest in oilseed cultivation. No wonder India’s oilseed production has remained stagnant but consumption of edible oils driven by improved affluence has skyrocketed and has been growing at the rate of 3 to 4 per cent per annum, he said, adding that however in the last few years, an attempt has been made to correct this anomaly.

SEA has suggested the government to increase import duties on soya and sunflower oils to 45 per cent from the current 37.5 per cent, while crude palm oils to 50 per cent. Besides, import of refined palm oil or palmolien should be totally banned.

Chaturvedi said, “We feel the above measures would help raise local oilseed prices which in turn would enthuse our oilseed farmers besides increasing revenue for the government.”

Ban on refined palm oils would help the Indian refining industry in saving jobs in these difficult times. Needless to say the capacity utilisation of the palm refining industry is currently around 30 per cent and fear of runaway inflation is totally unfounded, he said.

SEA also pitched for the launch of an oilseed mission without delay and entry of private companies in this sector.

Among long term measures, SEA has suggested the government to encourage Punjab and Haryana farmers to divert land to corn or sunflower in kharif season and mustard in rabi season.

“We should target 25 per cent land diversion as it would go a long way in breaking the wheat-rice cycle in these states. Needless to say we keep producing wheat and rice much in excess of our requirement and importing edible oils. This diversion would also help in reducing the destruction of the water table in these states which is the need of the hour,” the SEA president said.

Adequate arrangements will have to be made for incentivising the farmers and procuring their produce in initial years to give price protection. Private sector support can be galvanised for this initiative, he said.

To encourage palm cultivation, SEA noted that it is rather unfortunate and beyond comprehension that palm is not treated as a plantation crop in India unlike other parts of the world.

“Due to this anomalous situation of not treating oil palm as a plantation crop, the private sector cannot invest in palm plantation even though huge opportunity exists in India,” it said.

“Huge opportunity exists. Needles to say palm oil yields at around 4 tonne per hectare is the highest among all oilseeds and would go a long way in reducing import dependence,” SEA said.

The potential of palm oil production in India is almost 8 million tonnes against current production of about 0.25 million tonnes. There is a need to fix a target of bringing the minimum 1 million hectare area under oil palm in the next four years, it added.

Physical copy of key export document mandatory for shipments to…