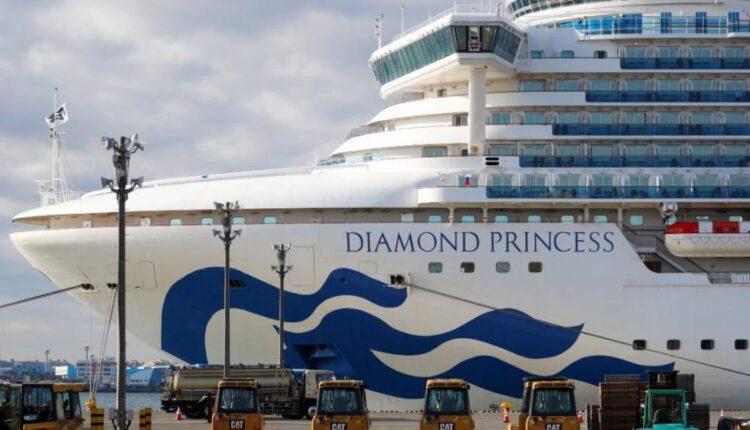 Tokyo (CNN)A top Japanese government adviser has admitted that the quarantine measures enacted on the Diamond Princess cruise ship in Yokohama may have allowed additional infections to spread among the ship’s crew and passengers.

The American-owned cruise ship was put under quarantine by Japanese for two weeks in February after a coronavirus outbreak was detected on board. At least 705 people contracted the virus during the quarantine, four of whom have died. For a time, the ship had the largest concentration of cases outside of mainland China, where the virus is thought to have originated.

Dr. Norio Ohmagari is the director of the Disease Control and Prevention Center at the government-funded National Center for Global Health and Medicine and is a member of government panel of experts advising Tokyo on the novel coronavirus outbreak.In an interview with CNN, Ohmagari said that the quarantine of the cruise ship “may not have been perfect.”Read MoreHe said a “tough decision” had been made by the Japanese government to allow the cruise workers to keep working aboard the vessel, despite the risk of infection, to ensure the smooth running of the cruise ship.But by failing to isolate the crew of the Diamond Princess from the beginning of the quarantine, he said infected workers may have passed on “secondary or tertiary” infections to their fellow crew members and passengers, thereby exacerbating the deadly outbreak. 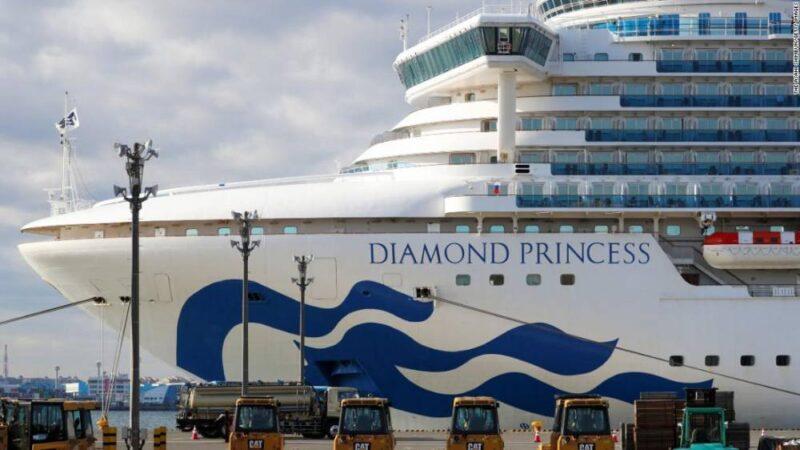 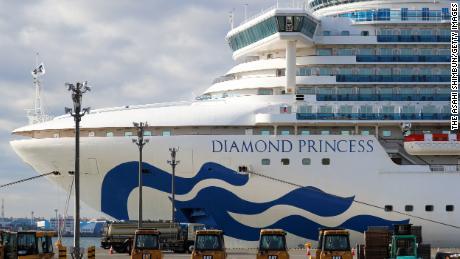 Coronavirus concerns hurt cruise industry 01:35″We suspected some of the cruise staff may have already been infected, but … they had to operate the cruise ship itself, they had to see the passengers, they had to deliver the meals,” Ohmagari said.”So that may have caused some close contact with the cruise ship workers and also the passengers.”In a press conference on February 24, Yosuke Kita, a senior coordinator at the Ministry of Health, Labor and Welfare said the crew members could not be isolated completely. “Unfortunately to maintain daily life of the more than 3,700 passenger cruise, we needed help, we needed support from cruise members to maintain the daily life,” he said.Dr. Shigeru Omi, another government adviser, said at the same press conference that they were “very grateful” to the crew members. “On human rights, of course we sympathize, but you know, as long as the passengers are still there they have to provide the service,” he said.Out of the 1045 crew members who were on board the Diamond Princess when it went into quarantine, at least 150 have already been infected according to the cruise line — about 14% of the cruise ship’s workforce.The revelation by the Japanese expert is likely to reignite fierce criticism of the government’s quarantine measures. As the virus rapidly spread through the ship in February, passengers, crew and international experts all raised concerns about Tokyo’s handling of the crisis and the risk it posed to the those on board. 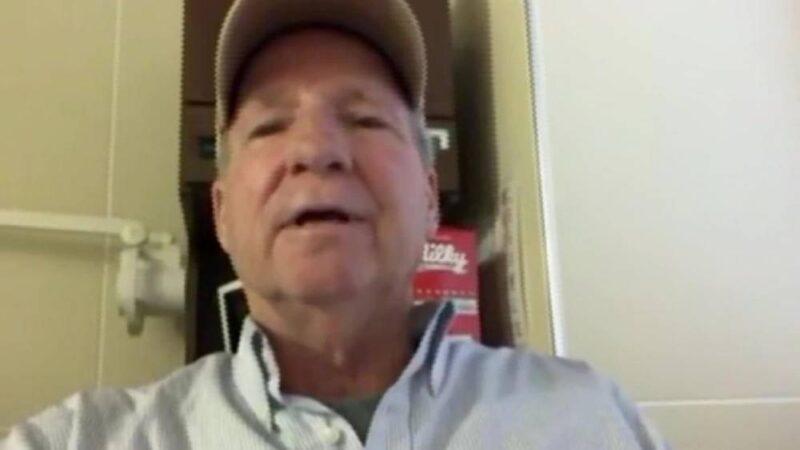 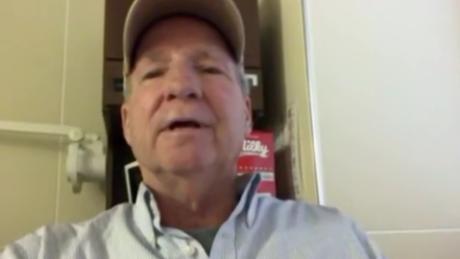 Quarantined US retiree: I have a ‘feeling of loneliness’

Quarantined US retiree: I have a ‘feeling of loneliness’ 02:47Responding to criticism on February 20, Japan’s health ministry said that it had been in regular touch with infection control teams and external experts to ensure an effective quarantine.In a video posted to Facebook on February 10, Indian crew member Binay Kumar Sarkar, sporting a Princess Cruises jacket, begged Indian Prime Minister Narendra Modi to rescue him from the ship.”We are extremely scared at this point in time … Our request is to segregate the crew members from the infected,” he said in the video, surrounded by other workers wearing masks.”None of us have been checked. Only people who are recording temperatures higher than 37.5 degree Celsius are being checked. If Japan cannot take stock of the situation, please ask for assistance.”It wasn’t the first time a crew member from the Diamond Princess had spoken out about their concerns over the quarantine.Sonali Thakkar, 24, from Mumbai, told CNN in early February that there were fears the virus was spreading among the crew, who despite the quarantine measures were still living and eating together in close proximity.She had worked for Princess Cruises for the past two years as a security worker. “There are many places where we all are together, not separated from each other,” Thakkar said at the time. “Especially when we sit in the same mess hall and eat together, the place where it can spread very fast.”But speaking to CNN, head maitre’d of the Diamond Princess Neville Saldana claimed that the cruise workers had been happy to continue working throughout the quarantine.”Every team member was willing to serve our guests,” he said. 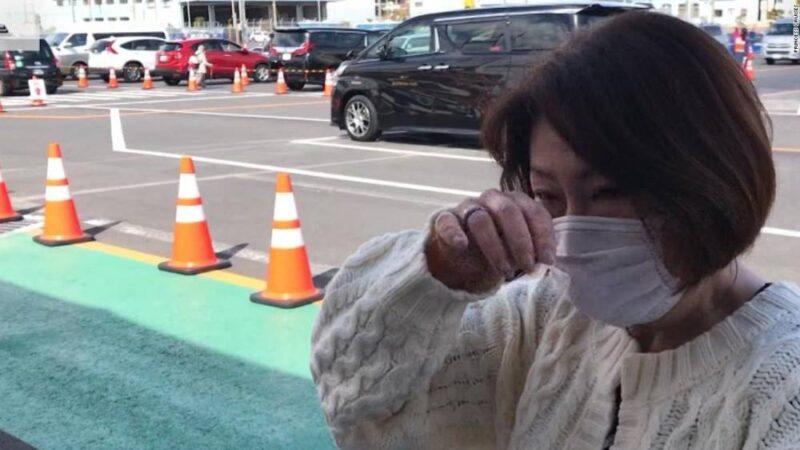 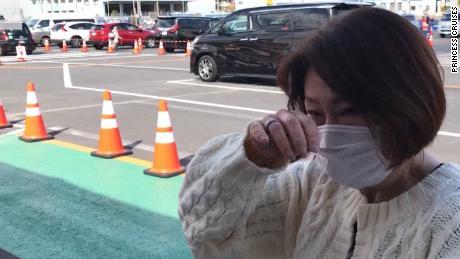 Passenger weeps after leaving cruise ship quarantine 03:08Hundreds of Filipino crew members were repatriated to their home country on Wednesday. But hundreds more crew, many of them from India and Indonesia, remain on board, waiting to disembark. All passengers have been removed from the ship.The crew of the Diamond Princess said they had to follow the rules laid down by Japanese quarantine officials, and adapted to the circumstances to deliver food and medical assistance to the best of their ability.In a statement posted on February 4, shortly after the outbreak was discovered, the cruise line said it would be following the instruction of global authorities and the Japanese government.Government adviser Ohmagari admitted that “scientifically speaking,” all of the crew members needed to be put into isolation at the same time as passengers.

“I believe that was quite a tough decision, because without the work of the crew members, they cannot operate the cruise ship itself,” he said.”I’m very sorry for what happened here and there, because there was a limitation in terms of facility, in terms of the structure of the cruise ship.”