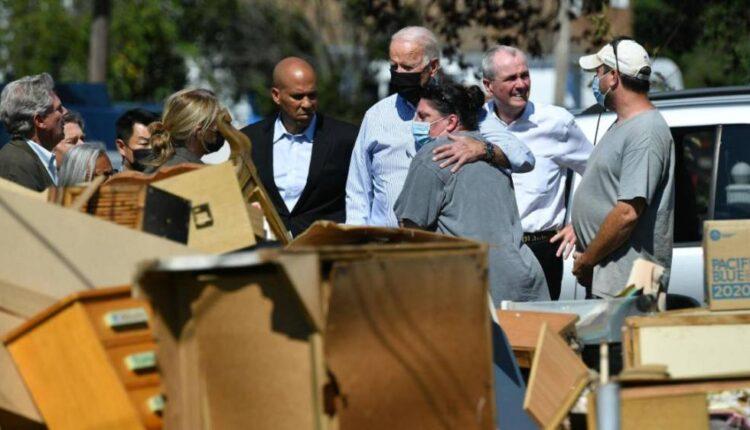 (CNN Business)President Joe Biden wants to corner the market on electric vehicles. In August, he announced a target that by 2030, half of the vehicles sold in the United States will be battery electric, fuel-cell electric or plug-in hybrid. It would be a seismic shift for an auto industry dominated by gas-powered vehicles.

But resistance to Biden’s ambitious goal is coming from a surprising stakeholder: the United Autoworkers Union, one of Biden’s oldest political allies. The union has long been wary about the shift to electric vehicles and its implication for jobs, with electric vehicles taking about 30% less labor to assemble than traditional internal combustion engine vehicles, industry experts have told CNN.

“Our concerns were what that impact would be for our membership, what those products would actually look like, [and] potential volumes around those products,” UAW President Ray Curry told CNN in August, adding his union wanted assurances from the administration that EVs coming from the Detroit automakers would be built by union workers.

Making American cars greener is a key component of Biden’s economic and climate agendas, and major US automakers are already planning for the inevitable future of electric vehicles. GM (GM) pledged earlier this year that 100% of its cars sold would be zero-emissions by 2035. Ford (F) also announced in May that 40% of its vehicles sold by 2030 will be electric. 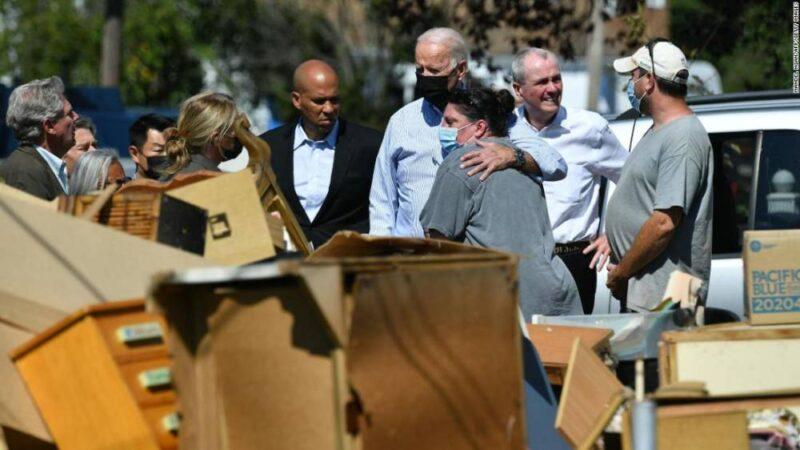 Biden administration asks for billions in disaster and refugee funding in request to keep government runningRead MoreBut the transition will be difficult; passenger vehicles contribute 29% of total US greenhouse gas emissions, and EVs and plug-in hybrids combined only account for around 2% of the US auto sales, according to a UAW analysis. EVs made up just 2.6% of total global car sales as of 2019, according to the International Energy Agency. It would be the most significant change for the industry since Henry Ford’s moving assembly line, said Harley Shaiken, a labor expert at the University of California Berkeley. “Historically the union has embraced new technologies but has worked very hard to ensure workers can benefit from that,” Shaiken told CNN. EVs are easier to make in large part because they have fewer components. Internal combustion vehicles and their powertrains — the mechanics that convert gasoline to energy and propel the vehicles — have far more individual components to assemble. EVs are powered by batteries and use energy more efficiently, according to a Department of Energy analysis. Climate change and the global impact of fossil fuel emissions are a secondary consideration for many union members compared to job security, Shaiken said. Workers may be more concerned about whether they can make enough money to feed their families and send their kids to college. There are tens of thousands of auto workers in Indiana, Michigan and Ohio involved in producing internal combustion engines, Wayne State University professor and UAW labor expert Marick Masters told CNN. With many fewer parts to electric vehicles and less labor required, there are natural questions about what impact the transition could have on jobs. “There’s also a level of concern with pay and benefits at these new companies, the new footprint of employment that would take place,” Masters said, speaking about prominent EV companies like Tesla (TSLA), which produces the vast majority US-made electric vehicles and is openly anti-union. 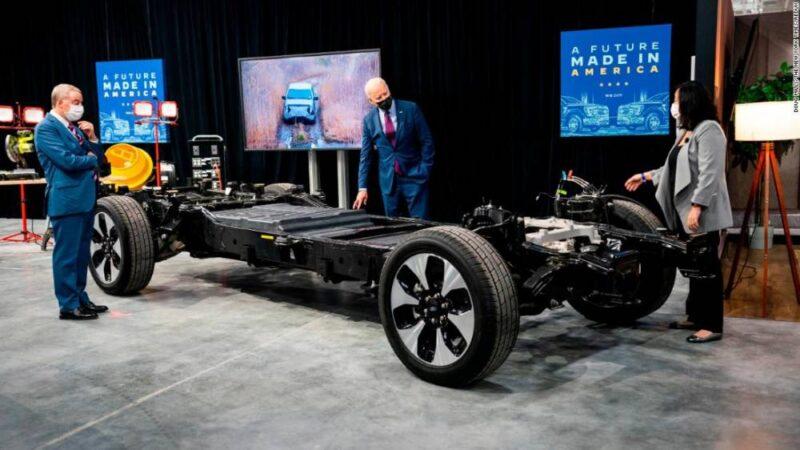 Biden tours the Ford Rouge Electric Vehicle Center in Dearborn, Michigan, in May.Forging a compromise between unions, auto makers and environmental groups in the lead-up to Biden’s August announcement was “hard,” a source with knowledge of the conversations told CNN.”It’s been a bit of a struggle, and none of that should surprise any of us,” the source said. “The UAW has watched automakers writ large find creative ways, as markets shift, to avoid bargaining with unions.”To help ease the transition, the UAW is lobbying the White House and lawmakers to support consumer tax incentives for purchasing union-made EVs, a proposal included in the budget reconciliation bill currently making its way through Congress.An amendment from Democratic Sen. Debbie Stabenow of Michigan would provide a base credit of $7,500 to help consumers purchase electric vehicles, an additional $2,500 credit for vehicles made in America and another $2,500 credit for vehicles made with union labor. Should that amendment pass via budget reconciliation, consumers buying American and union-made EVs could be eligible for a maximum tax credit of $12,500. “With the EV consumer credit, the way we’re writing it is to skew it in favor of domestically produced and union produced vehicles,” Democratic Rep. Dan Kildee of Michigan told CNN. “If we don’t get ahead of the EV production and consumer demand, we could see Americans buying EVs that are produced somewhere else. Our goal is to make sure we have American jobs.” The Biden administration supports the incentive, though that’s no guarantee it will survive the intense negotiations taking shape in Washington this month. Two moderate Senate Democrats, Sens. Joe Manchin and Kyrsten Sinema, have already voiced opposition to a $3.5 trillion topline, with Manchin calling for a “pause” on reconciliation last week. 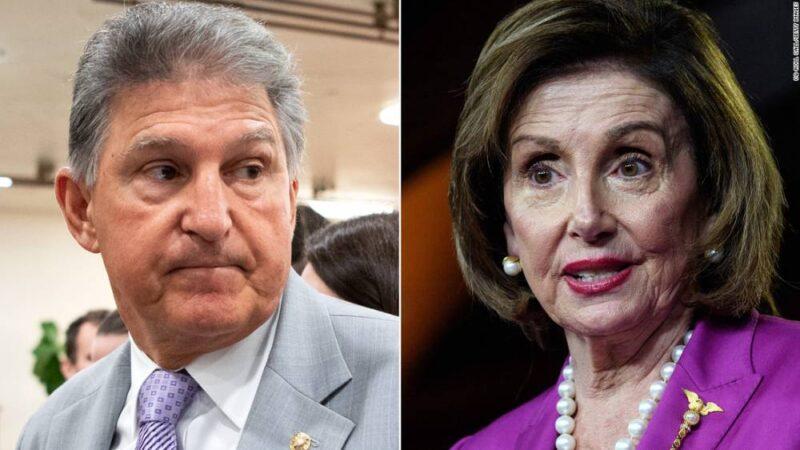 Pelosi rejects Manchin's call for a 'pause,' shows little willingness to pare back $3.5 trillion billOne Democratic lawmaker told CNN that for electric vehicles to take off in the US market, Congress is going to have to do more than pass better tax incentives; it will also need to pass funding for electric vehicle charging stations that would allow drivers to recharge their vehicles as easily as it would be to fill up their tanks with gasoline. “What we’re not doing is moving at the same place to develop a grid that would support it,” said Rep. Gwen Moore of Michigan. “That’s where I would really like to see us step up.” With his 50% EV by 2030 goal, Biden signaled he wants the United States to ramp up production now. And although UAW president Curry says he’s wary of getting “locked into hardline percentage numbers” for EV targets, union leaders realize the shift to electric is approaching quickly. “It’s coming, it’s inevitable,” said Bernie Ricke, the UAW Local 600 president. “I don’t think anyone can predict how fast it’s coming, so from our perspective, our members want to be the ones that build them.” At the August announcement, Biden was surrounded by union officials and introduced by Ricke, whose Dearborn, Michigan, plant is responsible for producing the new all-electric Ford F150 Lightning. Next year, that plant will start assembling the electric F150 Lightning alongside a hybrid truck and two internal combustion engines. 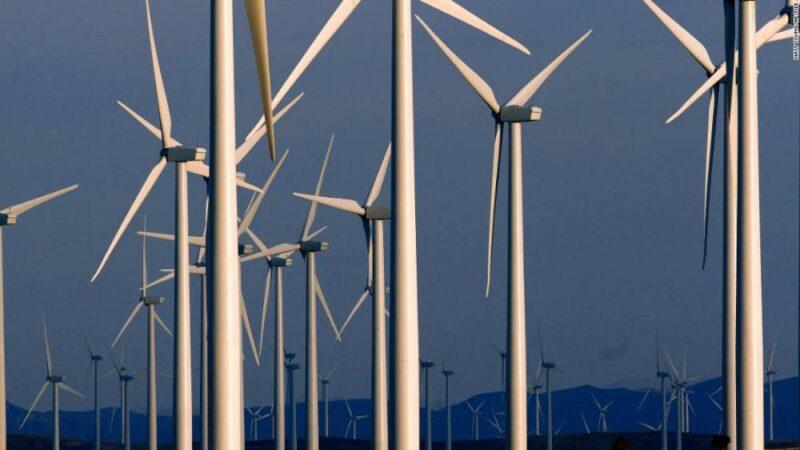 Environmental groups ask Congress to fund billions of dollars in climate measures in reconciliationRicke told CNN there’s concern from his members about how EVs could affect their jobs, and a strong desire to not only assemble the cars, but to manufacture batteries and other EV components as well. Union leaders told CNN they recognize an ally in Biden and have praised the president’s pro-union rhetoric. For now, they are relying on Biden’s and Congressional Democrats’ word that they’ll attempt to boost union-made cars with tax credits — something that is far from guaranteed.

Importantly, the union doesn’t want to be left out of negotiations on the cars of the future. “We’re not going to sit on the sidelines and debate the issue; we are going to be part of the discussions,” Curry said.