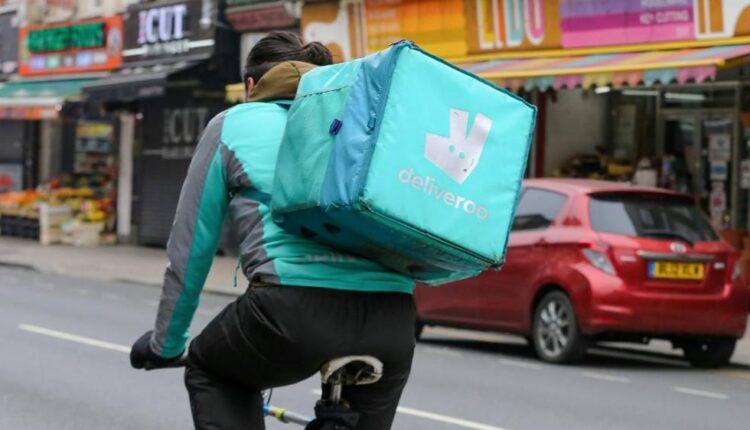 London (CNN Business)At first glance, Deliveroo’s stock market debut should have been a runaway success. The food delivery startup was a darling of the UK tech scene, and growing fast thanks to surging demand during the pandemic. Amazon recently bought 16% of the company in a major vote of confidence.

But London’s biggest IPO since 2011 was an unmitigated disaster. The stock plunged when trading started on Wednesday, and the shares eventually closed 26% below their listing price, wiping almost £2 billion ($2.8 billion) off Deliveroo’s initial market capitalization. The stock lost another 1.9% on Thursday.The opening day performance marks the worst London debut for a major IPO in at least two decades, according to data provider Dealogic. One of the company’s bankers told the Financial Times that it was “the worst IPO in London’s history.” 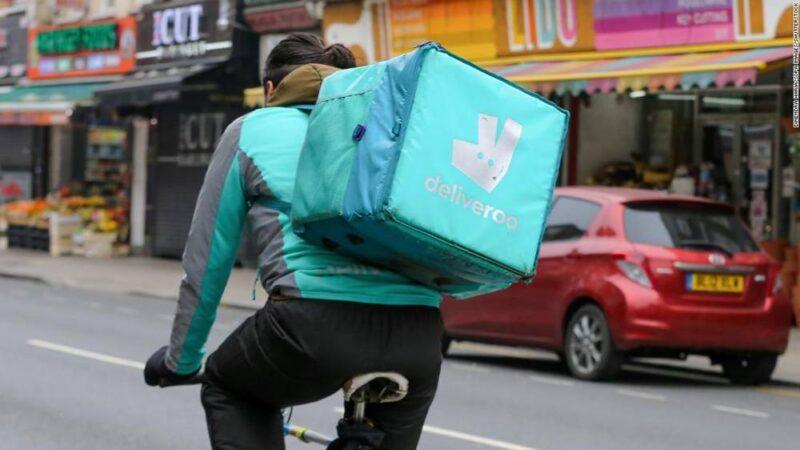 Amazon-backed Deliveroo crashes in London IPOWhy did investors shun Deliveroo when they couldn’t get enough of rivals including DoorDash, which soared 85% in its Wall Street debut last year? A host of factors were behind the flop, experts say, including pricing, timing, uncertain business prospects, concerns over how the company treats workers and increased regulatory risks facing gig economy companies.

“The initial price was just incorrect,” said Alasdair Haynes, the CEO of Aquis Exchange, an upstart rival to the London Stock Exchange and the CBOE. “The people with egg on the face here are the advisers,” he added.Read MoreJPMorgan Chase (JPM) and Goldman Sachs (GS) were the lead investment banking advisers on the IPO. JPMorgan declined to comment. Goldman Sachs did not respond to a request for comment.Citing “volatile global market conditions,” Deliveroo had set the IPO price at the very bottom of the range it was targeting, despite insisting that it had “very significant demand from institutions across the globe.” But even that was way too high for investors to stomach.

While recent stock market jitters didn’t help, concerns about regulatory changes that could affect how gig economy companies pay their workers were a much bigger factor, said Sophie Lund-Yates, an equity analyst at Hargreaves Lansdown. Several large institutional investors, including Aberdeen Standard Investments and BMO Global Asset Management, pointed to regulatory risk and the limited rights given to Deliveroo workers when they announced days before the IPO that they would not apply for shares.Deliveroo’s listing came just two weeks after Uber (UBER) decided to reclassify all its drivers — but not its food delivery couriers — as workers, a move that could force other gig economy companies to rethink how they operate. 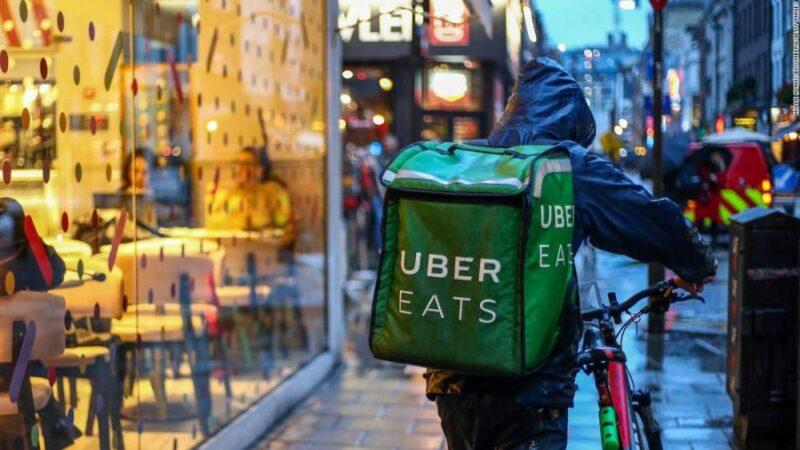 Why gig economy workers aren't cheering Uber's about-face just yetThe decision followed a UK Supreme Court ruling that Uber drivers should be classified as workers, and not independent contractors, entitling them to minimum wage, paid vacation time and a pension.In light of the Uber ruling, Deliveroo’s practice of hiring riders as independent contractors with limited rights is “a significant financial risk for shareholders,” James Bevan, chief investment officer at CCLA, an asset manager for charities and religious organizations, said in a video commentary ahead of the listing.Forced pension contributions would compress Deliveroo’s already thin margins, added Lund-Yates.Deliveroo has yet to turn a profit, despite conditions being “as good as they have ever been” for a food delivery service, and it is losing money on most if not all deliveries, she added. “If you add that on top of the regulatory risk there’s a huge question over how margins get off the ground.”Investors also expressed concerns about future growth, especially as the United Kingdom exits lockdown and customers return to dining out in restaurants. Deliveroo also faces stiff competition from rivals Uber Eats and Just Eat Takeaway. “We find it very difficult to understand how we can value a company that has yet to turn a profit and yet where the forward looking perspective for the business opportunity is quite so uncertain,” said Bevan.Deliveroo founder and CEO Will Shu was upbeat about the company’s prospects on Wednesday, pointing to plans to invest in delivery-only kitchens and provide customers with more choice. “Our aim is to build the definitive online food company and we’re very excited about the future ahead,” he said in a statement.

Deliveroo’s ownership structure may also have played a role in its icy stock market reception. It has two classes of shares, allowing its founder to retain control of the company following an IPO, which “may have been on the minds of some of the institutional investors,” according to Lund-Yates.Dual class shares are allowed on the London Stock Exchange but not for its premium segment, which provides the pool of blue-chip companies that make up indexes such as the FTSE 100 (UKX). The UK government is considering removing that restriction, despite opposition from major institutional investors. 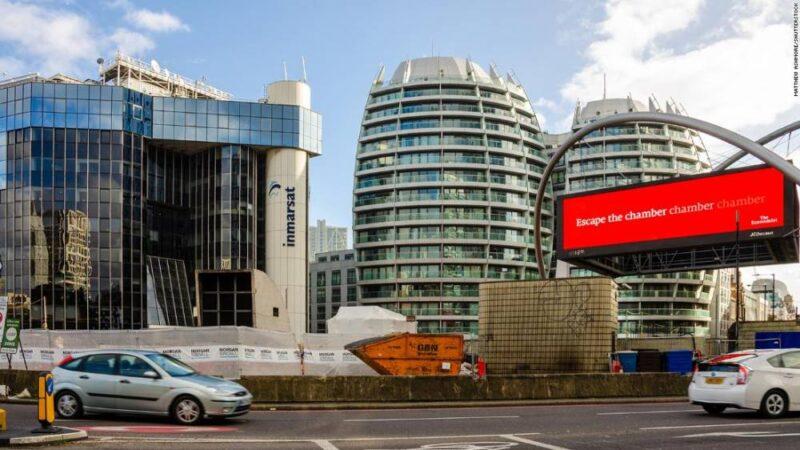 How Britain could keep its 'crown' in finance and technology after Brexit”We have strong reservations about allowing dual class share structures into the premium segment,” head of UK equities at Aberdeen Standard Investments, Andrew Millington, said in a statement shared with CNN Business. “We believe that the high standards of the premium listing segment are important to provide protection and reassurance to the many millions of individuals who have their savings invested in these companies,” he added.But there’s more to the Deliveroo story. After all, many tech companies use the same structure. Brent Hoberman, the co-founder of Founders Factory, an accelerator that helps startups to grow, pointed to e-commerce company The Hut Group, whose shares soared in their London IPO last September, as an example.Dual class shares are also common in the United States and allowed on stock exchanges in Hong Kong, Singapore and China. They are also permitted in Amsterdam, which has overtaken London as Europe’s top share trading center following Brexit.

Another hefty blow to London

The Deliveroo disaster could deal another blow to London, and its renewed efforts to attract more tech company listings. Brexit has forced banks to relocate some activity away from London, putting its undisputed position as the region’s top financial capital at risk.Finance Minister Rishi Sunak, who earlier hailed Deliveroo as a “true British tech success story,” was forced to defend the company’s stock market performance on Wednesday during an interview with broadcaster ITV. 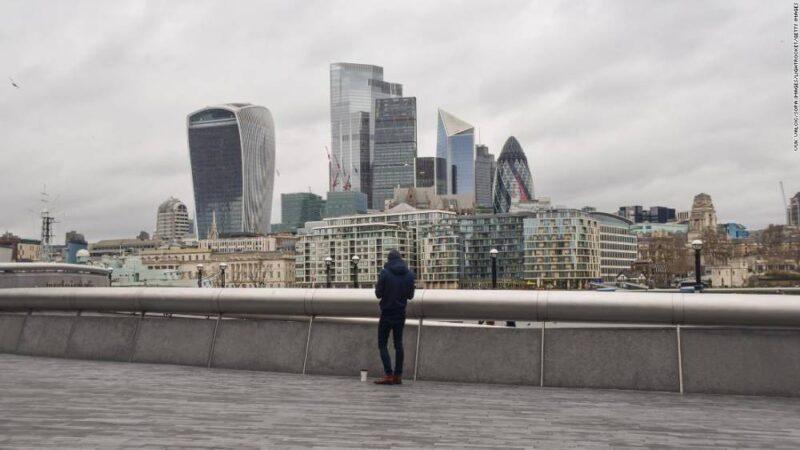 Brexit leaves London fighting for its future as Europe poaches business”Share prices go up, share prices go down … It’s important businesses like that feel that they can stay in the UK to raise capital,” he said.That’s likely to be of little consolation to the 70,000 retail investors who took part in the IPO — buying shares worth £50 million ($68.9 million). That’s the biggest participation by small investors in a London listing in years, and the flop could deter them from taking part in future deals.Hoberman is still optimistic about the outlook for tech company IPOs in London.

“This means that some of the frothier IPOs may get pulled but it won’t affect high quality companies,” he said. “And there’s still another tech company on the [London Stock Exchange] worth over £5 billion ($6.9 billion),” he added.That’s Deliveroo, despite its dismal debut.

Premarket stocks: This IPO fail is a warning for the…

Premarket stocks: Why Archegos was allowed to operate in the…

Hedge fund implosion is (another) wake-up call about the risks…