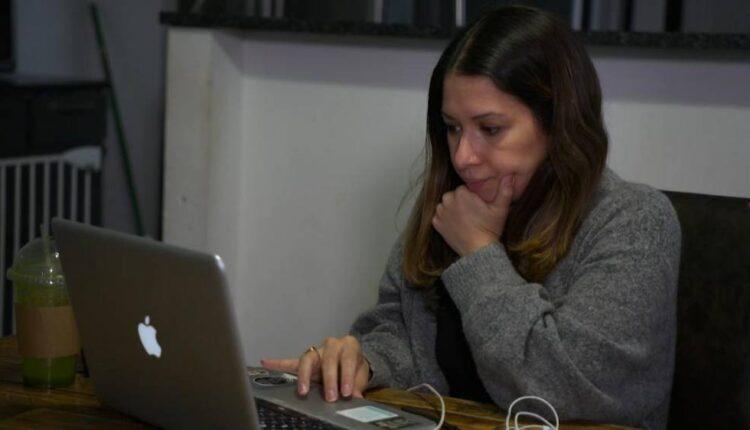 New York (CNN)Nearly a year after the coronavirus pandemic shuttered her son’s school and her daughter’s day care, Diana Limongi hit a wall.

“I was in bed for three days, I thought I had Covid, but I didn’t,” she told CNN. “I just was done. Mentally, physically, I was just exhausted.” She’d already put her career on hold for much of 2020 to supervise 9-year-old Enzo’s remote learning and to take care of Sophia, 4, and it was all taking a toll.

“It’s just not humanly possible to do a full-time job and do all the things on top of that — feed the kids and constant interruptions, especially with the toddler.” 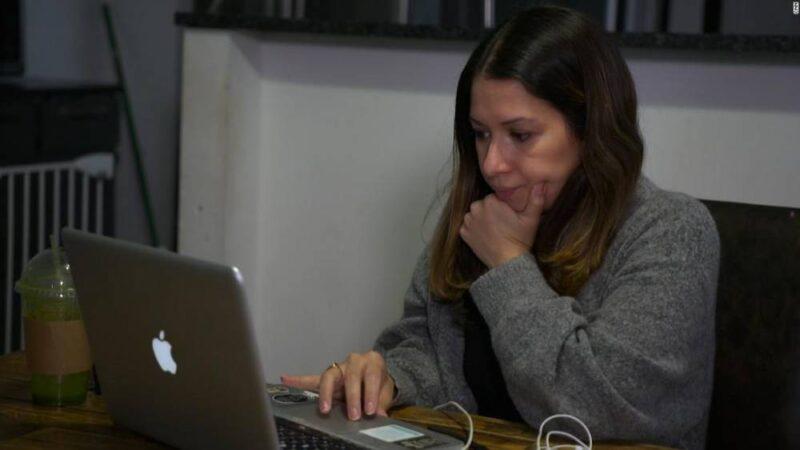 Diana Limongi says getting back to work will be a game-changer for her mental health.Now, however, things are finally looking up for Limongi, a writer and consultant based in New York City.Read MoreEnzo is back in school full time, five days a week, and Limongi found a new daycare for Sophia after hers closed permanently due to coronavirus.”I was able to take on a project, which was exciting,” Limongi said. “I think it’s a game-changer for my mental health. It helps, too, to have that routine, to not have to juggle that with my spouse.”The federal government had working moms like Limongi in mind when developing its nearly $2 trillion rescue plan.Large portions of the package are directed at reopening schools and child care facilities. And Limongi is excited about the enhancements to the child tax credit.She says that “$360 a month for a child under six, which is what Sophia is, it pays a week of childcare or $360 worth of groceries.” There is more potential aid on the way. On Wednesday, President Joe Biden unveiled a $2 trillion infrastructure package he calls the American Jobs Plan, which he said will be followed by an American Families Plan. Together, the proposals are expected to reflect the campaign promises that included free pre-K for all 3- and 4-year-olds, childcare tax credits, subsidies for child care and after-school programs, and pay increases for child care workers. 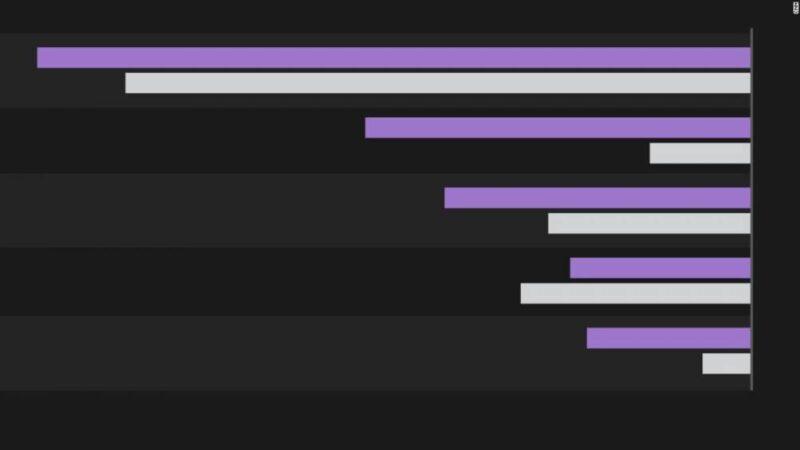 These 5 charts show the pandemic's devastating effect on working womenMore than 2.3 million women left the workforce between February 2020 and February 2021, according to the National Women’s Law Center. That drove the participation rate of women working down to 57%, a level last seen in 1988, the organization said. Women’s jobs and careers have been hit much harder than men’s in the pandemic, leading some like C. Nicole Mason, executive director and CEO of the Institute for Women’s Policy Research, to label the downturn a “she-cession.”Kristin Rowe-Finkbeiner, co-founder and CEO of the advocacy group MomsRising, says the rescue plan is a much needed step in the right direction.”Just like we need to build bridges to be able to drive to work, we need to build a childcare infrastructure and care infrastructure so parents can go to work, children can thrive and childcare professionals can be paid living wages. It’s definitely time for a change,” she said.

Many moms have yet to experience that change.Meredith Dodd reluctantly left her job as a pastor in the Seattle area last year to oversee remote learning for her three children, each with special needs. “The church could find another pastor in this moment, but my kids could not find another mother,” she told CNN in January.Now, her children are still doing remote learning, which means she is still unable to work. 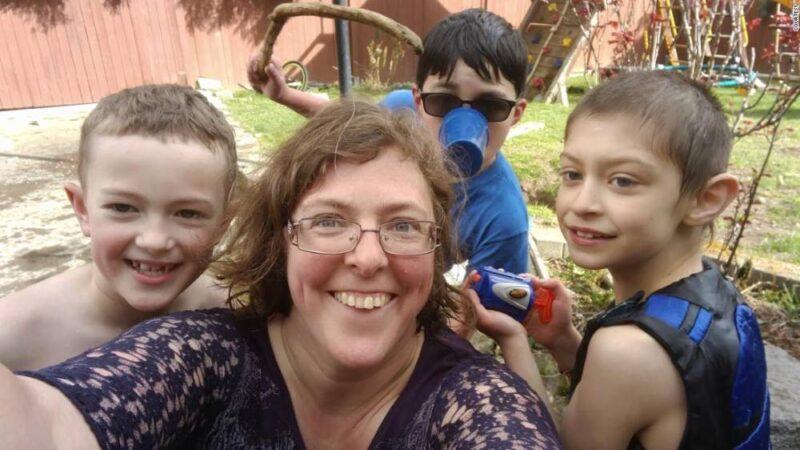 Meredith Dodd says not being able to work as a pastor makes her feel like she’s not able to breathe fully.The children’s medical conditions mean they likely won’t return to school until they are vaccinated against Covid-19, so Dodd probably has a long wait ahead of her.”That’s the heaviness of heart that I’m dealing with right now — I don’t think I’m going to have the answers I need in terms of vaccination to accept any kind of long-term opportunity,” she said.She has picked up temporary work here and there but fears that the longer she stays out of the workplace, the harder it will be to pick back up where she left off. 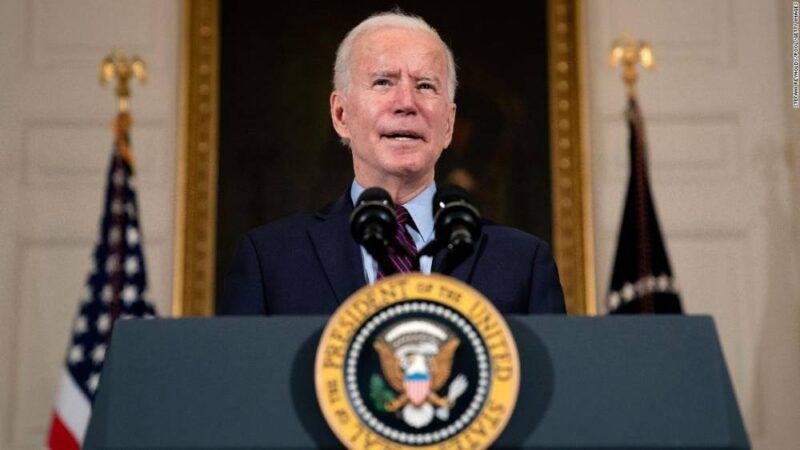 Biden says closed schools and loss of women in workforce is a 'national emergency'”I would love to see women coming back to work and getting interview questions like, ‘What did you learn during the pandemic’ rather than ‘Why is there a two-year gap in your resume?'”Rowe-Finkbeiner of MomsRising says her group and others are considering ways to protect and help women earn what they are due when they get back to work.”We’re looking at right now helping to move the Paycheck Fairness Act through Congress. This makes sure that you can’t have a double standard using your prior pay to set your current pay,” she said. “Instead, what you look at is how qualified are you, what’s on your resume. What’s your job and education experience?”Limongi says she could never envision leaving the workforce but others may have no choice.”I worry that so many women are in that position where they have to leave a job they love,” she said.Dodd can describe what that’s like.

“A lot of what I do in terms of teaching and preaching, I describe it as it feels like breathing, and not being able to live into those parts of myself feels like just having to take really shallow breaths all the time,” she said. “I can do it, but I miss being able to breathe in the air of what I know I’m called to do in the world.” Correction: An earlier version of this story misstated Limongi’s care arrangement for her daughter. She has found a new center that is open full-time.

Last year wasn’t so great for car sales, unless you sell…