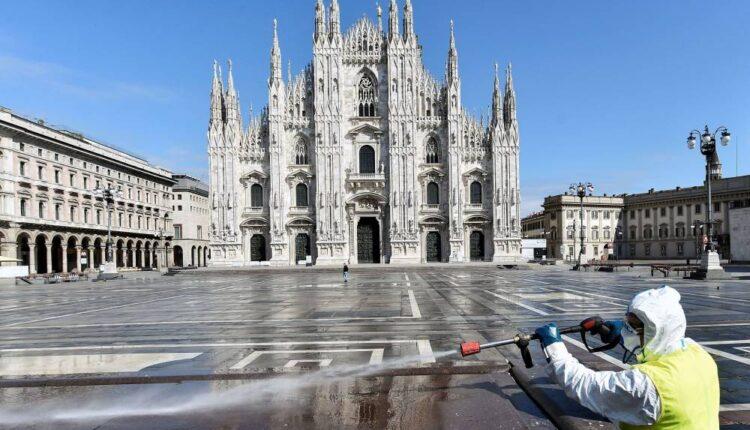 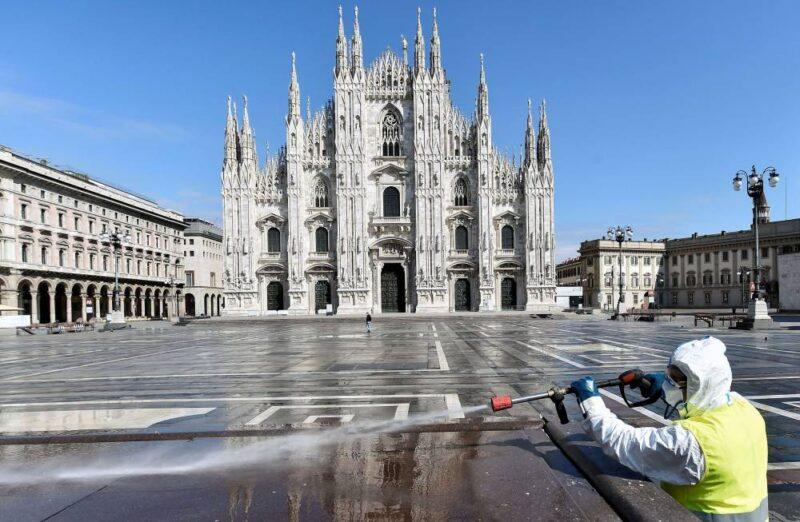 The data above was compiled by Johns Hopkins University as of 9 a.m. Beijing time.

Thailand reported 102 new cases to a total of 2,169 cases, according to its health ministry. It had 3 more deaths.

The country banned all incoming passengers flights effective Saturday, in a bid to curb the rise in imported cases. — Weizhen Tan

Italy on Saturday reported its lowest daily rise in COVID-19 deaths in nearly two weeks, according to a Reuters report. It also said the number of patients in intensive care fell for the first time.

However, new cases rose by nearly 4,805 on Saturday — slightly higher than previous days, and officials urged people not to ease up on the lockdown measures they said were starting to show results, according to the report.

The total number of infections in the country was at 124,632, with overall fatalities at 15,362, according to the latest data from Johns Hopkins University. — Weizhen Tan

United Airlines said it will drastically cut flights to two New York-area airports. Starting Sunday, it will reduce its 157 daily flights to Newark and New York LaGuardia to 17 a day, according to a statement from its Chief Operations Officer Greg Hart.

The cuts will be in effect at least three weeks, the statement said. "As the situation in New York and New Jersey worsens, we are taking another major step at Newark and LaGuardia to help keep our employees safe and play our part in helping to mitigate the spread of the outbreak in the Tri-State area," Hart said.

New York has been the most affected state amid the coronavirus pandemic, with the number of confirmed cases nearly doubling since last Friday. There's a total of 113,704 cases and 3,565 deaths in the state as of Saturday, according to the governor's office. — Weizhen Tan

The number of new cases in Mexico increased by 202 to a total of 1,890 cases, according to its health ministry. The number of deaths jumped by 19 to 79 fatalities in total.

Its Deputy Health Minister Hugo Lopez-Gatel blamed decades of poor eating habits in the country, causing obesity, diabetes and other conditions that made its people more vulnerable to the coronavirus, according to a Reuters report. — Weizhen Tan

New cases in South Korea jumped by 81 as of Sunday morning, and its number of deaths increased by six, according to the Korea Centers for Disease Control and Prevention.

The country's total now stands at 10,237 cases, and 183 fatalities. The government said Saturday that it would extend its social distancing measures by another two weeks in an attempt to curb the number of new infections to around 50 a day, according to a Reuters report. — Weizhen Tan

China's National Health Commission (NHC) reported 30 new cases, and three more deaths as of April 4. Of those, it said 25 were "imported," or attributed to people traveling from overseas.

5:43 pm: Dr. Birx warns three US hotspots will all reach peak mortality in the next week

"The Detroit area, the New York area, the Louisiana area … They're all on the upside of the curve of mortality," Birx said at a White House briefing. "By the predictions that are in that healthdata.org, they're predicting in those three hotspots, all of them hitting together in the next six to seven days."

"What we're seeing today are the people who were infected two or three weeks ago," Birx said. "If mitigation in New York worked, and we believe it is working, the cases are going to start to go down, but the mortality will be a lag behind that because of the co-morbidities and other conditions." —Sara Salinas

"We're taking people now out of our military. We've been doing it but now we're doing it on a larger basis," the president said at a White House press briefing. —Emma Newburger

Multiple coronavirus patients spent Friday night aboard the USNS Comfort after federal officials said the Navy hospital ship was only supposed to treat non-infected patients. The Comfort is supposed to only receive patients who don't have the virus to relieve stress on the city's hospitals. Hospital leaders in New York City, however, have criticized the Comfort's deployment as "a joke" for not accepting COVID-19 patients and failing to provide tangible relief to strained hospitals. The 1,000-bed hospital ship, which arrived in New York Monday, has treated 27 patients as of Saturday, according to a Navy spokesperson. —Will Feuer

Read CNBC's coverage from the U.S. overnight: Birx warns mortality will peak in NY, New Orleans and Detroit next week