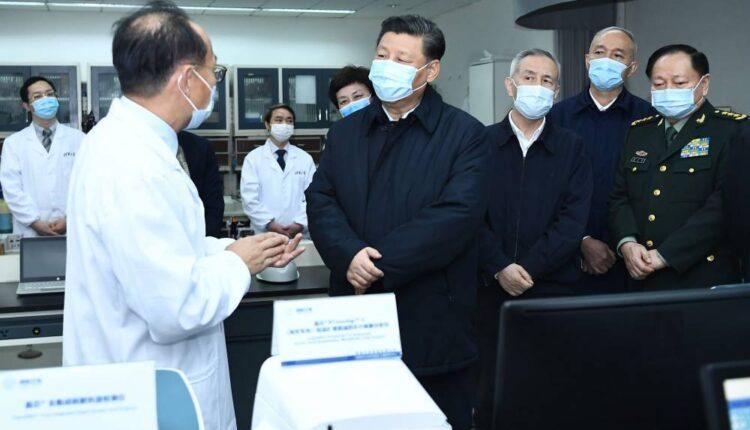 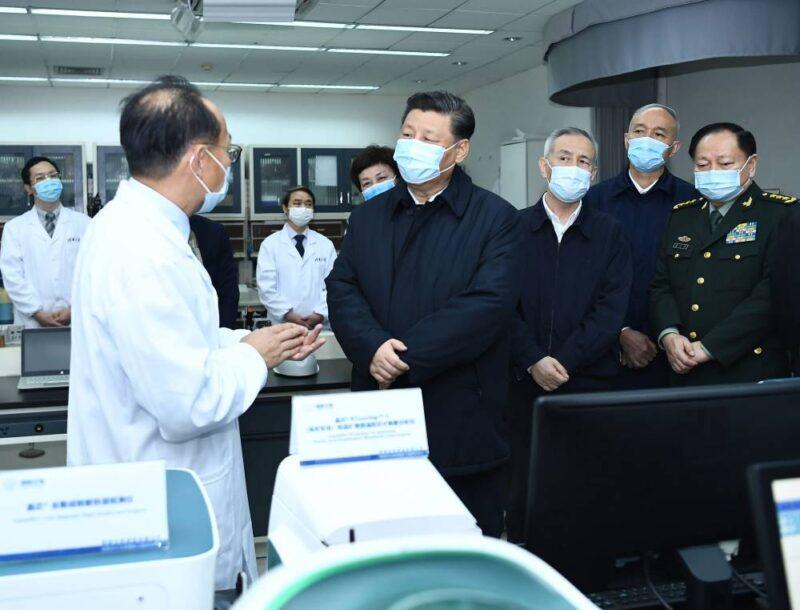 Official tallies of COVID-19 cases in China cannot be believed or compared to other countries, economist Derek Scissors said Tuesday.

"There's been no mass testing, which means the numbers should not compared to the United States, where we are now doing, late, mass testing," the chief economist at the China Beige Book said on CNBC's "Squawk Box."

China had 1,541 asymptomatic coronavirus patients under observation as of Monday, according to an official from the country's National Health Commission.

Scissors, a resident scholar at the conservative think tank American Enterprise Institute, said the revelation that China is just now beginning to report asymptomatic cases, "more than two months after they applied a quarantine," is "a good sign of what the Chinese have been doing 'til now."

"Add to the fact that we know the [Chinese Communist] Party is not honest about anything that's politically sensitive," Scissors said.

U.S. officials including Secretary of State Mike Pompeo also have criticized China's lack of transparency around COVID-19 in the country.

"This kind of confusion breeds distrust," Eric Feigl-Ding, a global health economist at the Harvard Chan School of Public Health, told CNBC in February. "You should stick to a standard even if you have caveats."

China has recently been relaxing severe travel restrictions in Hubei province and the city of Wuhan, where the new coronavirus is believed to have originated in December. The lockdown of Wuhan, which began on Jan. 23, is set to be lifted on April 8.

For the last seven days, no new cases of COVID-19 have been reported in the region, according to Reuters.

Businesses have been reopening in Hubei province, and on Tuesday, China said its manufacturing activity expanded during March, following a dramatic contraction in February.

The world has turned to China for signs of hope and recovery as COVID-19 spreads across the globe, bringing economies to a near halt and sickening at least 800,000.

But Scissors said extreme skepticism must be applied to any data from China.

As of Tuesday morning, China has had 82,276 confirmed cases, including 67,801 in Hubei province, according to data from Johns Hopkins University. JHU's data, which is widely followed for global case numbers, relies on a variety of sources that includes the World Health Organization and local information.

"Cases in Hubei are nearly five times higher than outside Hubei province, which is where Wuhan is, even though the population outside Hubei is 22 times larger," Scissors said.

"So magically, although hundreds of thousands, maybe even millions of people left Hubei, although there was no quarantine for at least a month, China doesn't have a COVID problem except in one province," Scissors said.

Scissors said mass testing and accurate reporting of cases is essential to respond to the pandemic, not only in China but in every country including the U.S.

He said the U.S. was slow to respond at first, but has since improved its testing capacity and thus its public-health response.

"You can't make public policy decisions unless you know where the cases are," he said. "You could imagine if we didn't have mass counting in New York, how would we deal with it. … I think we're finally doing the right thing. We started very, very late."

VIDEO6:5906:59China to begin including asymptomatic coronavirus cases in briefingsSquawk Box

Coronavirus update: Pelosi says US must move to vote by mail, taking aim at Trump