Charts show the coronavirus spike in US, Italy and Spain 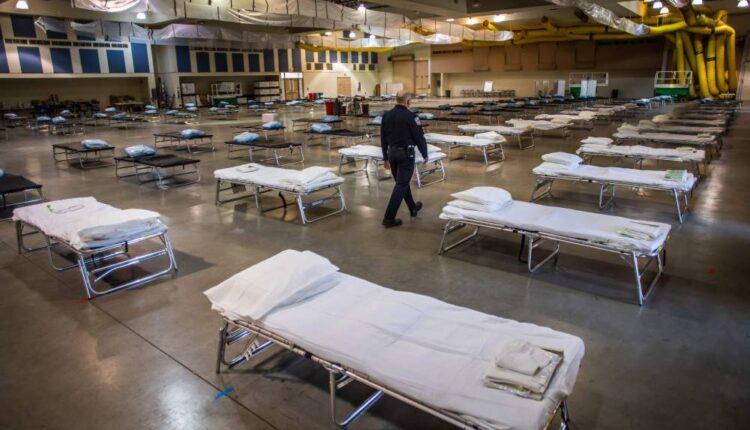 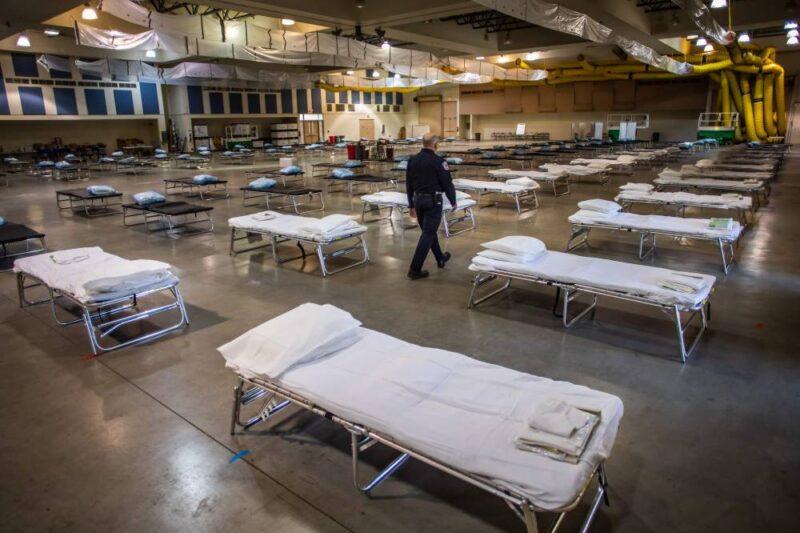 A temporary hospital which is been settled up by members of the California National Guard is seen in Indio, California on March 29, 2020.Apu Gomes | AFP | Getty Images

The ongoing coronavirus pandemic has shown few signs of abating and is now one of the largest threats to the global economy and financial markets.

The virus, first reported in the Chinese city of Wuhan in December, has spread to 180 countries and territories, according to data compiled by Johns Hopkins University. Globally, more than 850,000 infections have been reported, with over 42,000 deaths, the data showed.

Here are seven charts that look at how the coronavirus disease, which has been formally named COVID-19, has spread in countries with the largest outbreaks.

The United States reported its first case of the coronavirus on Jan. 21 but cases only started surging in March after health authorities expanded testing for the virus.

The U.S. now has the highest number of COVID-19 cases globally at nearly 190,000 — but officials said the reported figure likely underestimates the true number of infections in the country.

The Trump administration, which has been criticized for its slow response to the outbreak, has warned that fatalities related to the disease could reach 100,000 to 240,000.

To slow the spread of the coronavirus, state governors implemented lockdowns of varying degrees, while President Donald Trump extended national guidelines for social distancing to April 30.

U.S. authorities have also made unprecedented moves to shield the economy — the largest in the world — from being severely hit by the pandemic. That includes a $2 trillion fiscal stimulus package that contains cash payments for individuals and relief for the aviation industry. The Federal Reserve also slashed interest rates close to zero while pledging to buy assets "in the amounts needed."

Still, there have been signs of economic troubles, and Goldman Sachs forecast the U.S. economy could shrink by 6.2% in 2020.

Italy has reported the world's highest number of deaths related to the coronavirus at more than 12,000, Hopkins data showed. The country has the second highest number of cases globally, second only to the U.S.

The coronavirus infections were first identified in Rome on Jan. 31, before a cluster of cases emerged in the northern region of Lombardy later in February. That led authorities to lock down the region along with 14 other provinces on March 7. The lockdown was subsequently extended nationwide, affecting 60 million residents.

Restrictions on commercial activity during the lockdown are expected to shrink Italy's economy in the first half of the year, even if some measures are lifted at the end of April, according to Capital Economics. The consultancy has forecast a contraction of 2% in annual GDP for 2020.

By the end of February, Spain had reported only 45 cases of COVID-19, Hopkins data showed. But cumulative cases surged past 90,000 over the past month, while the death toll jumped from zero to more than 8,000 — the second highest globally behind Italy, according to Hopkins data.

The rapid spread of the virus led the Spanish government to implement — and later extend — a nationwide lockdown.

To support the Spanish economy, the government announced stimulus measures that include tax payment deferrals for small businesses and unemployment benefits for workers who lost their jobs. But the country — like others in the euro zone — is counting on more support from the European Union.

Analysts from French bank Societe Generale said the Spanish economy, which was already slowing before the outbreak, is expected to contract by 6.6% this year, reversing the 2% growth in 2019.

The virus was believed to have originated from a seafood market in Wuhan, China. Up until late February, the outbreak in China far outpaced the rest of the world.

Chinese authorities took what many observers considered draconian measures to contain the coronavirus. In late January, they quickly locked down cities including Wuhan — the epicenter of the outbreak in the country — shutting down businesses and halting public transportation to limit people's mobility.

The number of reported cases has since slowed and China is expected to gradually remove its domestic restrictions, starting with Wuhan on April 8. But with many "imported" new infections, China has tightened border controls to limit the entry of visitors.

Months of reduced economic activity has hurt China, the world's second-largest economy. The Economist Intelligence Unit cut 2020 growth forecasts for China twice in less than two weeks — first to a growth of 2.1% and then revising it further down to 1% — from its previous projection of 5.4%.

To support its economy, the People's Bank of China has slashed lending rates and reduced the amount of reserves that banks must hold. But compared to other economies, Chinese authorities have been much more conservative in rolling out stimulus measures.

Like the outbreaks in the U.S., Italy and Spain, the number of coronavirus cases in Germany surged in March, jumping from just over 100 cases at the start of the month to more than 70,000 currently, according to Hopkins data.

The government led by Chancellor Angela Merkel placed the country under lockdown, with measures such as school closures and banning gatherings of more than two people.

In terms of economic measures, the government launched a fiscal package worth around 750 billion euros ($830.2 billion) — or 20% of Germany's GDP, and planned on taking on new debt for the first time since 2013, according to Reuters.

Still, the largest economy in Europe will find it hard to escape recession. The EIU downgraded its GDP forecast for Germany this year, from a growth of 0.9% to a contraction of 6.8% — one of the worst among G-20 economies.

"In Germany, the huge manufacturing sector (which represents a fifth of the economy) is highly export oriented, which means that the country is particularly exposed to both supply chain disruption and weak global demand," the EIU said in a report. It added that the country is also likely to recover more slowly than other European economies.

In late January, France became the first country in Europe to report cases of COVID-19. Since the end of February, confirmed coronavirus cases in the country have spiked to more than 50,000, with more than 3,000 deaths at present.

French President Emmanuel Macron declared "war" against the virus. His government called for a nationwide lockdown on March 17, closing all but essential businesses. The lockdown was subsequently extended until April 15. On the European level, France and other members of the European Union agreed to bar non-EU citizens from entering the Schengen area.

The French government also announced a 45 billion euro ($49 billion) package to help small businesses as well as other hard-hit sectors of the economy, in addition to 300 billion euros ($330 billion) in bank loan guarantees.

But Finance Minister Bruno Le Maire said the package — worth 2% of the country's GDP — would push public debt to over 100% of GDP in 2020, and that the government is now expecting the economy to shrink by 1% this year.

Iran recorded more than 44,000 confirmed cases and over 2,800 deaths, making the country the hardest hit within the Middle East, according to Hopkins data. The virus is believed to have spread from Qom, the country's religious capital.

In response to the pandemic, the Iranian government temporarily freed close to 85,000 prisoners, including political prisoners. Iranian authorities also closed schools and universities till early April, on top of shutting four key religious sites including the Imam Reza shrine in the holy city of Mashhad, which attracts millions of pilgrims each year.

The country has also applied for a $5 billion emergency loan from the International Monetary Fund — the first time it has done so in six decades.