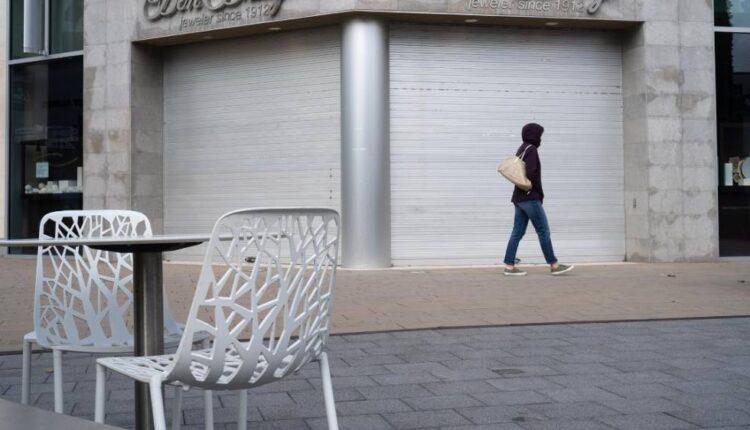 New York (CNN Business)The Covid-ravaged American economy was on the verge of slipping into a double-dip recession at the end of 2020. The pandemic was intensifying, gridlock paralyzed Washington and millions of families were about to lose crucial benefits.

Fast forward two months, and the economy is still struggling — but confidence in the recovery is growing, rapidly. Economists are swiftly upgrading their GDP and unemployment forecasts and pulling forward the date when the Federal Reserve will be able to lift rock-bottom interest rates. Goldman Sachs is predicting the US economy will grow at the fastest clip in more than three decades. 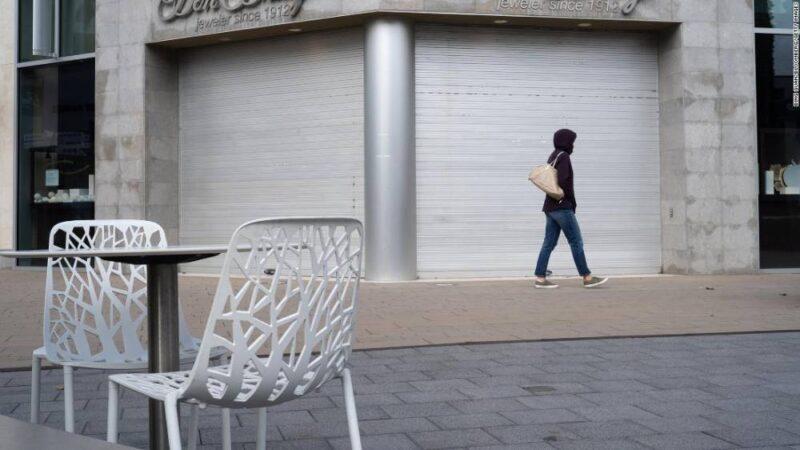 American jobs won't return to pre-pandemic levels until 2024, CBO saysThe renewed optimism is being driven by two major factors: the health crisis is easing and Uncle Sam is coming to the rescue with staggering amounts of aid — hundreds of billions more than seemed to be in the cards just months ago.After supplying $4 trillion of relief last year, Washington is expected to pump in another $2 trillion of deficit-financed support in 2021, according to Moody’s Analytics. That represents more than a quarter of annual US GDP.Read More”That is a lot of economic juice,” Mark Zandi, chief economist at Moody’s Analytics, told CNN Business. The turning point happened last month when Democrats took narrow control of the US Senate by sweeping the runoff races in Georgia. That opened a path for President Joe Biden’s $1.9 trillion American Rescue Plan, which features $1,400 stimulus checks, enhanced unemployment benefits and a $350 billion lifeline to state and local governments.

Before the Georgia elections, Zandi didn’t think the US economy would return to full employment (a strong labor market with 4% unemployment) until the spring or summer of 2023. Now, he expects that achievement to happen next spring, echoing a forecast by Treasury Secretary Janet Yellen.”Super-charged fiscal policy” means the argument for the US economy growing faster than its peers “seems to get stronger day-by-day,” economists at Bank of America wrote in a recent report to clients. 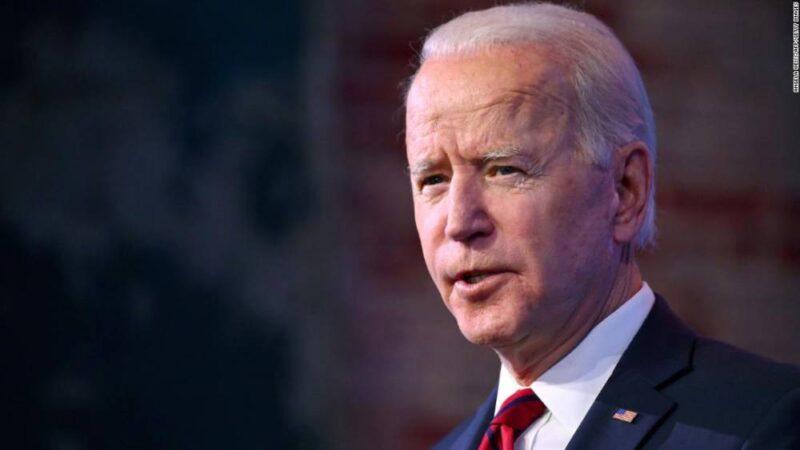 Joe Biden wants to avoid the Obama era's biggest economic mistake. Congress may not let himOxford Economics chief US economist Gregory Daco is calling for a “summer mini-boom” in the United States and 5.9% GDP growth in 2021.Likewise, Jefferies economists say “explosive income growth (courtesy of fiscal stimulus) is likely to propel US GDP 6.4% higher this year and nearly 5% next year.” “If anything, our forecast might be too conservative,” Jefferies told clients in a recent note, pointing out that its view incorporates just $1 trillion of the Biden plan.Indeed, Goldman Sachs upgraded its 2021 GDP forecast to 6.8% earlier this week because the Wall Street bank now assumes additional fiscal relief of $1.5 trillion, up from $1.1 trillion previously. If Goldman’s prediction comes true, it would be the fastest annual GDP growth for the United States since 1989, according to the St. Louis Fed.The rosy GDP forecasts are well above what the Federal Reserve is calling for. In December, the Fed expected 2021 GDP growth of just 4.2% and said unemployment wouldn’t slip below 4% until 2023.

The Fed tends to be conservative with its economic forecasts. And, crucially, the Fed forecast was released at a time when political dysfunction in DC was casting a shadow over the US economy.For months, Republicans and Democrats tried and failed to reach a deal on extending crucial unemployment and eviction benefits scheduled to lapse and providing more forgivable loans to small businesses. And then when a deal was finally reached, former President Donald Trump threatened to blow it up. 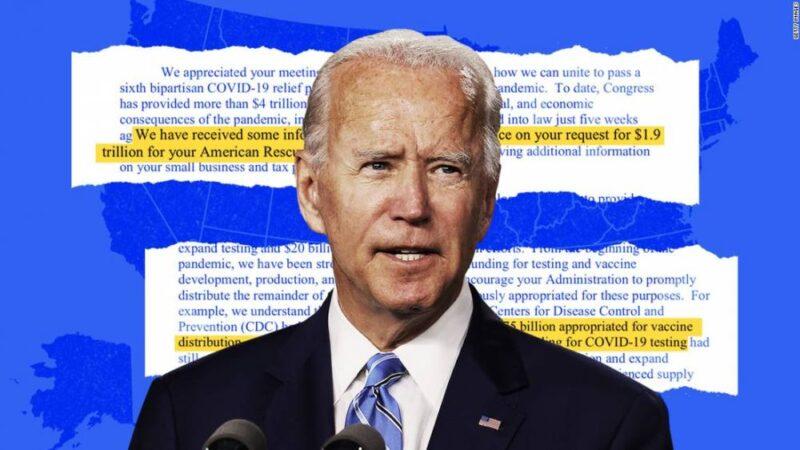 Building the big one: Behind the scenes of Biden's $1.9 trillion bet At the last minute, Trump signed the $900 billion relief package into law, averting economic disaster.”Without that, we would be in a double dip recession,” said Zandi, the Moody’s economist. Slammed by the pandemic, the US economy limped to the end of 2020 and started this year slowly. In December, employers cut jobs in for the first time since the spring. And the United States added just 49,000 jobs in January.Jobless claims remain alarmingly high. Another 793,000 Americans filed for first time unemployment benefits last week alone. For context, that is above the worst levels of the Great Recession.

Vaccines to the rescue

But there are glimmers of hope on the pandemic. Although Covid deaths remain unthinkably high, hospitalizations and cases have retreated. Critically, the rollout of coronavirus vaccines is accelerating. Out of a total of 66 million vaccines distributed, about 70% have been administered, according to Morgan Stanley. And Dr. Anthony Fauci, the nation’s top infectious disease expert, told NBC News Thursday that the United States may be able to vaccinate most Americans by the middle or end of summer.All of this has allowed states including California, New York and New Jersey to relax health restrictions crushing restaurants and other small businesses.That’s not to say the pandemic is over. In fact, one risk is that new Covid-19 variants force US states and cities to once again tighten health restrictions.

Against this backdrop, many economists are urging Washington to push ahead with plans for aggressive fiscal stimulus.”Foot flat on the accelerator, please,” Zandi, the Moody’s economist said. “Policymaking 101 says err on the side of doing too much, rather than too little.” 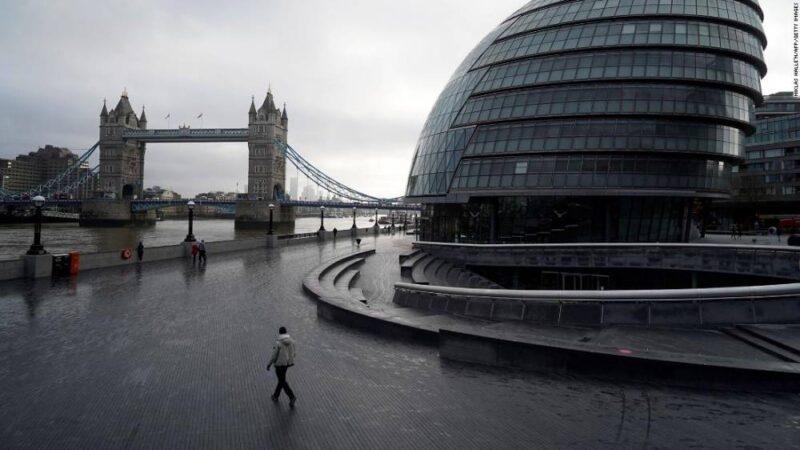 New coronavirus variants are threatening the world's economic recoveryDoing too little risks worsening America’s inequality problem. That’s because this recession, more than prior ones, disproportionately hurt low-income workers in hard-hit sectors such as restaurants, childcare and hospitality.Employment levels of low-wage workers (those making less than $27,000 per year) is still down more than 20%, according to the Opportunity Insights Economic tracker. By contrast, employment levels of those making more than $60,000 per year are above pre-crisis levels.”Biden’s team is unlikely to break out the champagne over reaching full employment if it isn’t evident across income and racial groups,” economists at Bank of America wrote in a report to clients.However, Danielle DiMartino Booth, a former Fed official who is now CEO of Quill Intelligence, worries the focus on providing income, instead of investing in infrastructure and reskilling workers, will make the country addicted to stimulus.”The economy is going to turn into this dependent patient, always waiting for the next injection,” Booth said.

Some economists, including former Treasury Secretary Larry Summers, have warned there is a risk that Washington overheats the economy by injecting too much support. “You could have quite the inflation scare in the next few months that will test the bond market and the Fed,” Booth said. And that in turn would spook the red-hot stock market. Fed watchers are moving up their timelines for when the central bank will be able to end its emergency policies. Citing “signs of a firmer inflation outlook,” Goldman Sachs now expects the Fed to start “tapering” its asset purchases in early 2022 and to raise interest rates in the first half of 2024.

Zandi isn’t losing sleep over inflation, mostly because the United States is far from full employment.”It’s a vastly overstated worry,” he said. “Bring it on. Our biggest problem for more than a decade has been low inflation. Higher inflation would be a high-class problem to have.”

Analysis: ‘The next Taylor Swift’ is not what the…

BBC News banned in China, one week after CGTN’s license…