How local newspapers are covering the 9/11 anniversary 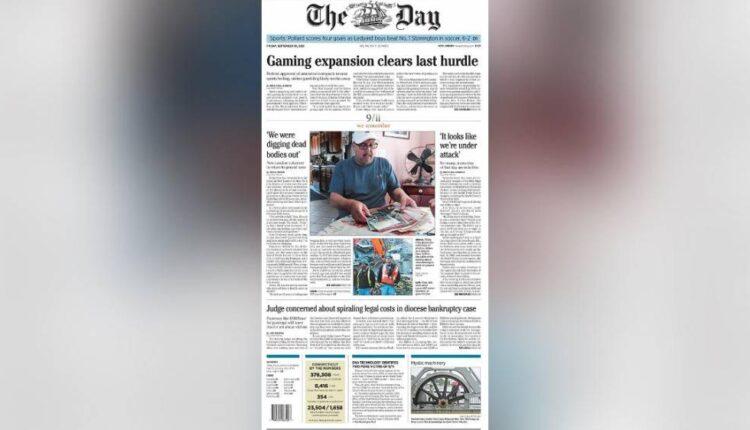 The terror attacks of September 11, 2001 were centered around the East Coast, but its effect was felt in nearly all corners of the country. Ahead of Saturday’s anniversary, newspaper editors around the US are publishing powerful front pages with unique stories that capture how local communities are still grappling with the tragedy 20 years later. Tim Cotter, executive editor of The Day in New London, Connecticut, said that his staff reached out to people in the area ahead of the anniversary so they could feature their personal stories. The Day’s front page on Friday included a story compiling many of those memories from the day of the attacks as well as a profile of a New London resident who had served as a volunteer construction worker at ground zero to clean up the aftermath. “We wanted to hear from people,” Cotter told CNN Business. “It’s a moment that people will always remember where they were, what they were doing.” The Day plans to publish a story on Sunday about how the Muslim community in the area has been affected, Cotter said. The Daily Herald, a newspaper covering suburban Chicago, featured a story about that same topic on its Friday front page. Read MoreJohn Lampinen, senior vice president of Paddock Publications and editor of the Daily Herald, told CNN Business that his paper has been running a week-long series about the anniversary. “[W]e wanted to teach or remind our audience what that day was like, how real and human it felt, how all of us as people responded — to teach or remind our audience that there was a time when the country came together; a time when the divisions disappeared,” Lampinen wrote in an email. “And we wanted to teach or remind our audience that as universal as all this felt, there were some who felt left out — those in the Muslim community, in particular, even though they shared in the incredible heartache.”Here are the front papers of The Day, The Daily Herald and other newspapers in the US from September 10, 2021:

The Day in New London, Connecticut 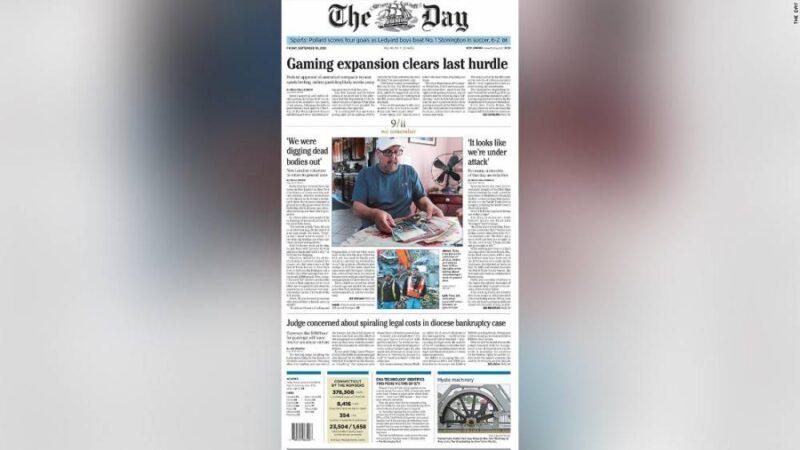 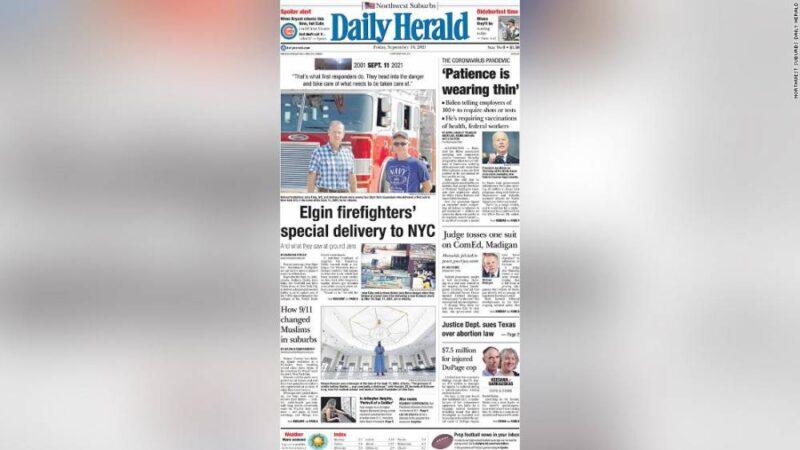 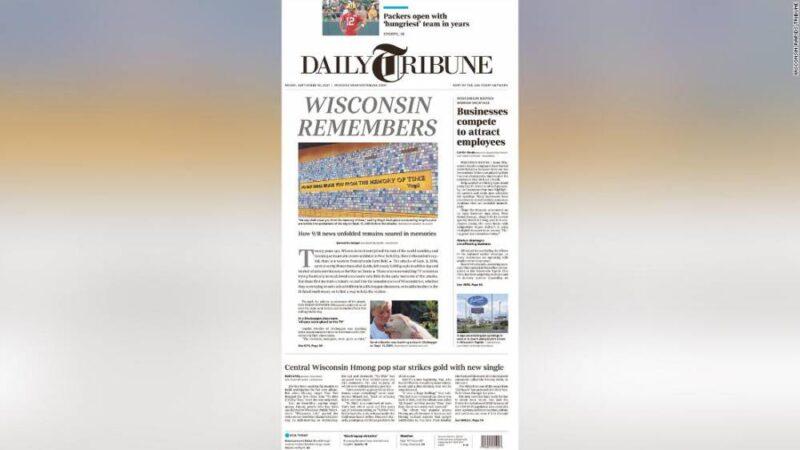 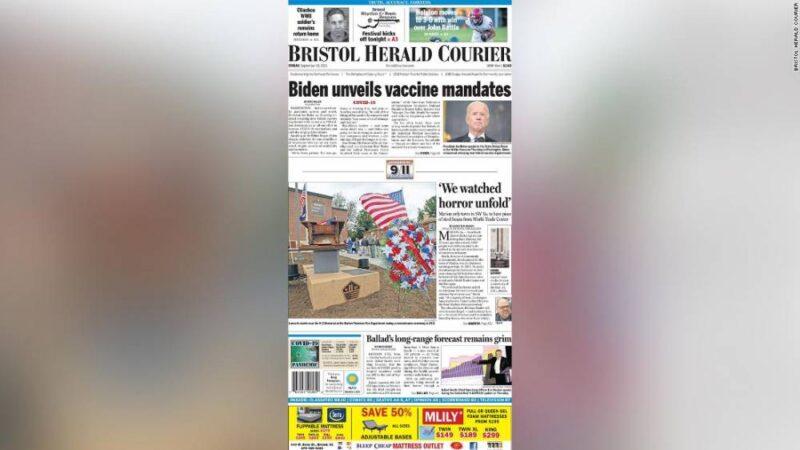 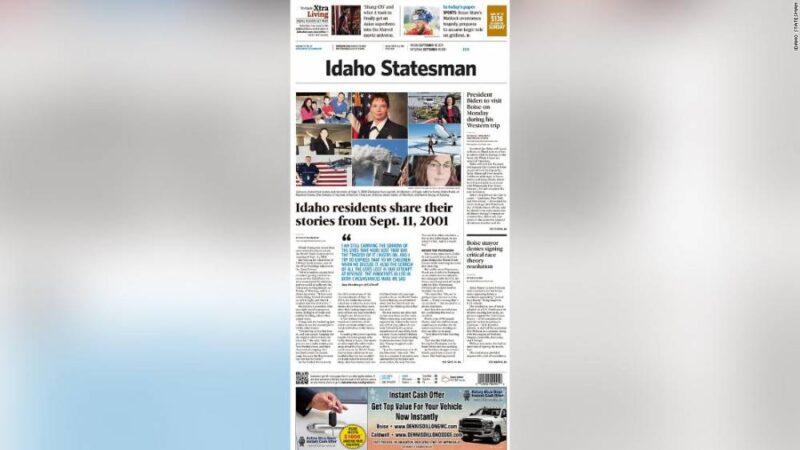 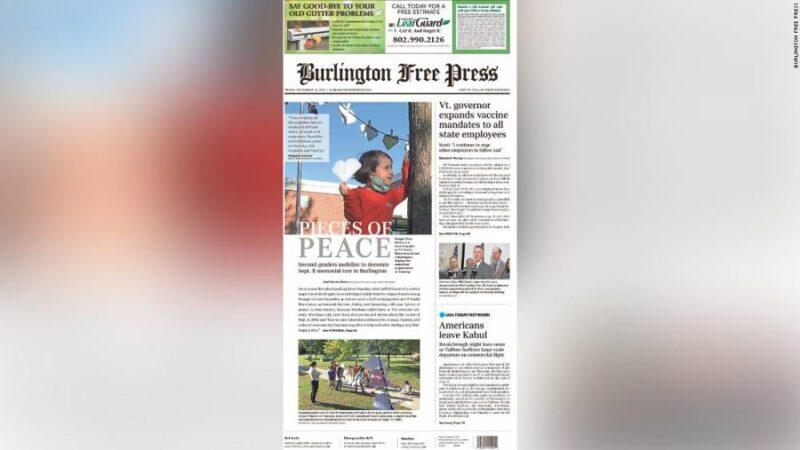 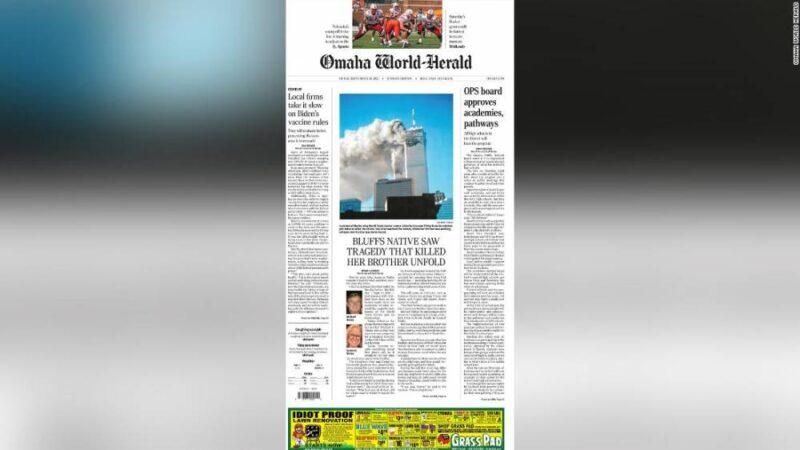 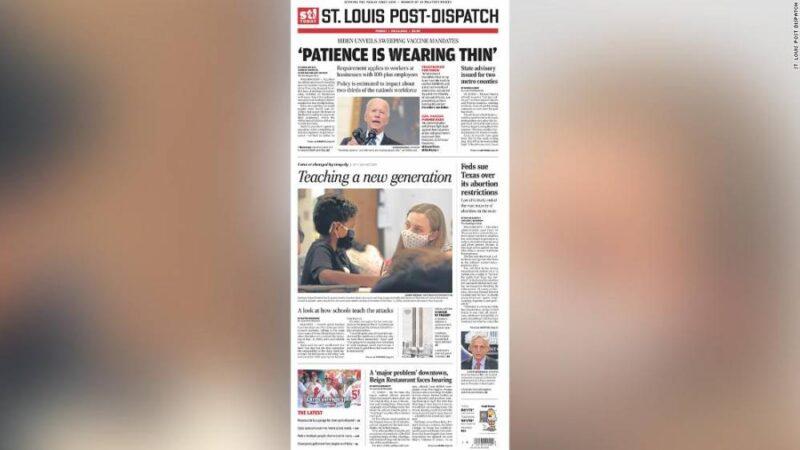 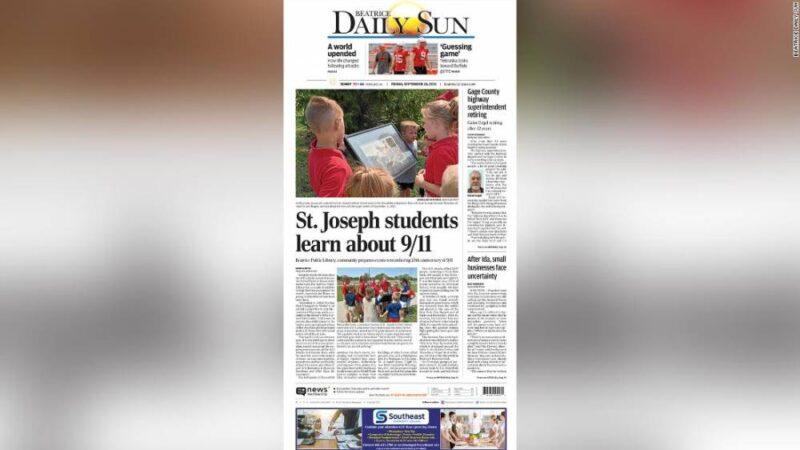 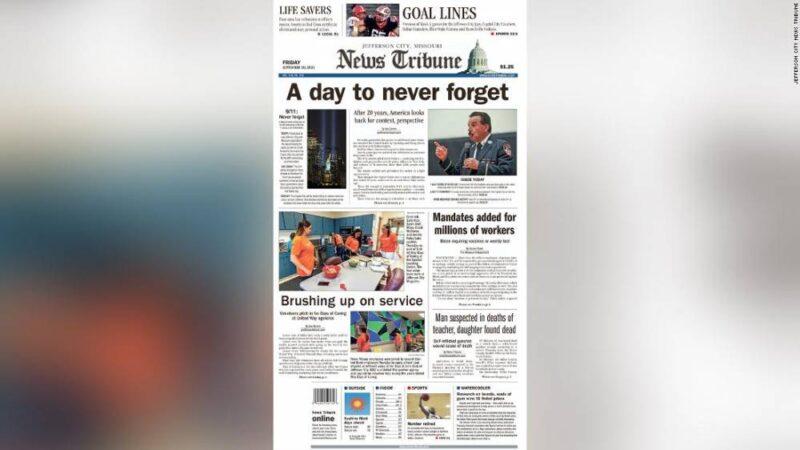 The Daily News in Newburyport, Massachusetts 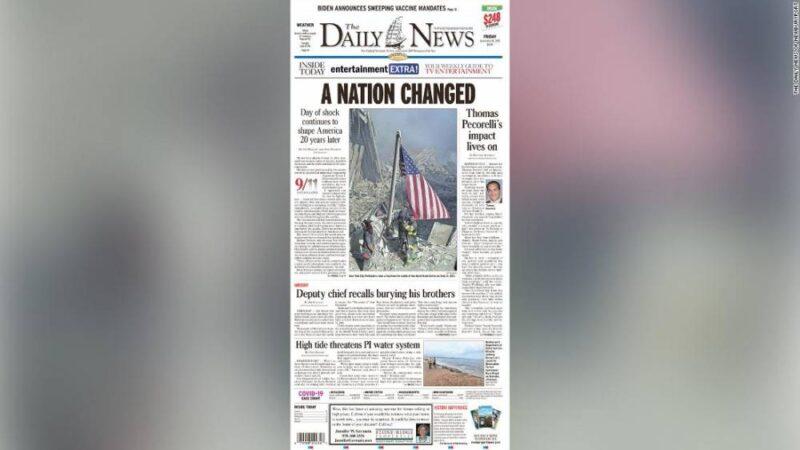 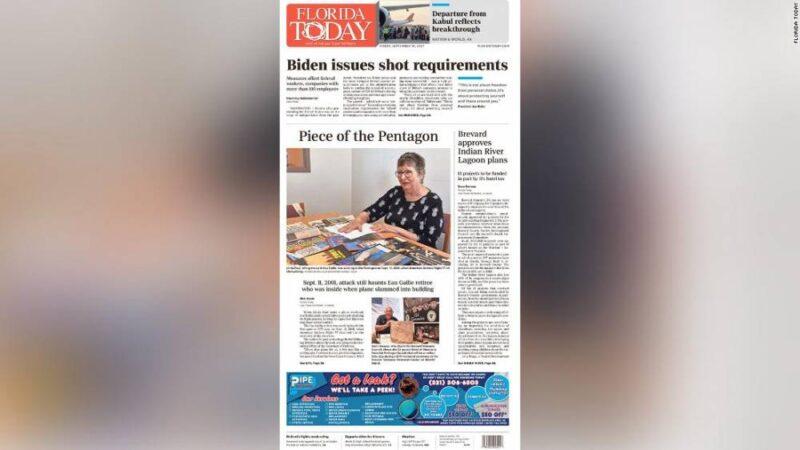 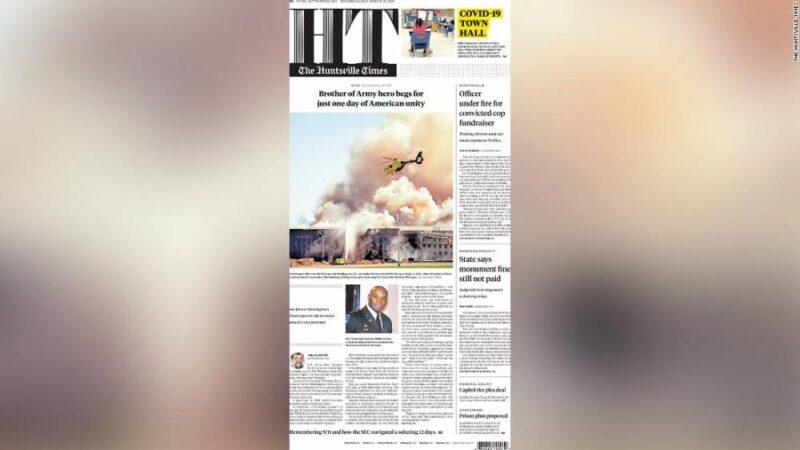 United Airlines workers with religious objections to the Covid…

Some of the most iconic 9/11 news coverage is lost. Blame Adobe…

How local newspapers are covering the 9/11 anniversary