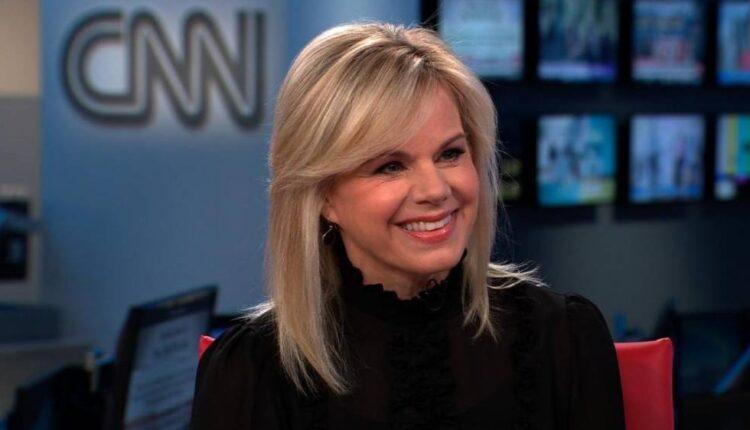 Now the network is defending itself against yet another lawsuit alleging a climate of sexual misconduct.These suits have been coming ever since Gretchen Carlson sued Ailes for sexual harassment in July of 2016 and opened the floodgates for numerous other allegations against him. They raise the question: Four years later, how much has really changed at Fox News?

Not much, according to former Fox Business producer Jennifer Eckhart, one of the plaintiffs in the new suit. “It’s safe to say I was paralyzed by fear when I was working there,” she told CBS News in an interview that aired Tuesday. “I don’t know how you could continue to cultivate and foster an environment that rewards sexual predators consistently year after year.”When Eckhart made a misconduct claim against Fox anchor Ed Henry on June 25, Fox called in an outside law firm and less than a week later decided to fire Henry.Read MoreFox executives say the swift action is evidence that the climate at the network has, in fact, changed for the better. The network has worked to reform its culture.But outsiders continue to harbor doubts. And the complicated legacy of Ailes continues to cast a shadow more than three years after his death.Ailes launched Fox News in 1996 and ran the network like a mob boss would, rewarding those who were loyal and punishing those who strayed. Employees, who both admired and feared the man, believed he was invincible. When Carlson sued, they expected he would destroy her reputation and keep on running the network. 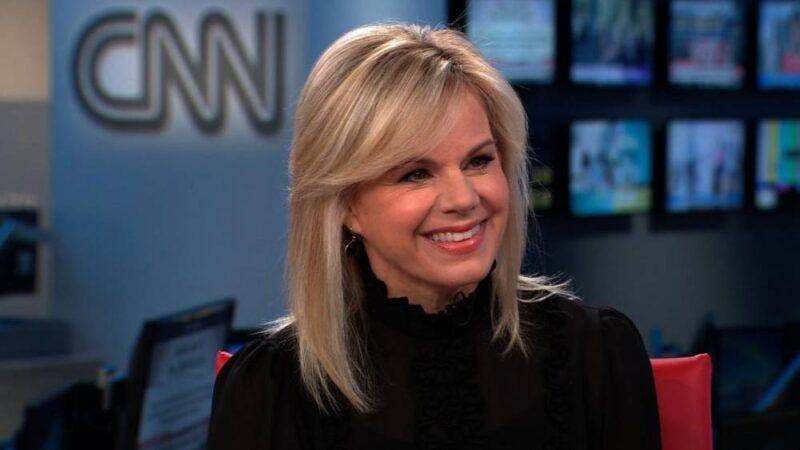 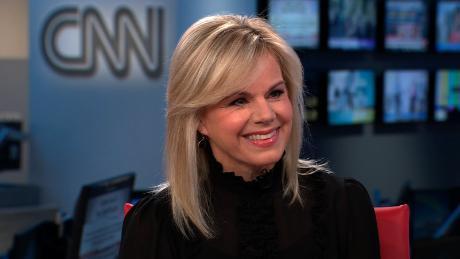 Gretchen Carlson on ending cover-up culture 02:12But the allegations of sexual abuse against Ailes could not be covered up, despite his denials. Once the Murdoch family hired a law firm and started looking around, they found evidence of misconduct everywhere. They forced Ailes out — and it all came to a head on one extraordinary day, July 21, 2016, while the Republican National Convention concluded in Cleveland, Ohio.I recently revisited the events of that week for my book “Hoax: Donald Trump, Fox News, and the Dangerous Distortion of Truth,” which comes out in August.The exit negotiations between the Murdochs and Ailes were so tense that the two sides even disagreed on Ailes’ consolation prizes. Ailes claimed in a letter that he would be a “consultant” to Rupert Murdoch. The Murdoch camp disputed that, and said Ailes would simply “be available to advise Rupert during the transition.” Even that was an exaggeration. Murdoch wasn’t keeping Ailes around in any capacity. But he agreed to pay Ailes $40 million on the way out.On the afternoon of the 21st, Ailes surrendered control of the Republican party’s top TV channel. In the evening, Donald Trump formally took control of the GOP by accepting the party’s presidential nomination.The gloomy speech Trump gave that night spoke specifically to Fox’s America — the audience that Ailes cultivated for decades. Trump hit all the “Fox & Friends” themes: Immigration, terrorism, law and order.”The crime and violence that today afflicts our nation will soon come to an end,” Trump declared. “Beginning on January 20th, 2017, safety will be restored.”He also made the laughable claim that “there will be no lies” at his convention. “We will honor the American people with the truth, and nothing else,” he said.One bully boss of the GOP was gone. A new bully boss was in charge.Fox News staffers were in disbelief that Ailes had been deep-sixed. They wondered if he would launch a rival network or join the Trump campaign.”When Roger gets knocked down, he wants to get up and swing right back,” a Fox host remarked at the time. But Ailes didn’t have much fight left in him. And Trump didn’t really need his help anymore.

What has changed at Fox News

July 22, four years ago Wednesday, was Fox’s first Ailes-free day. Rupert Murdoch led the network’s morning meeting. He managed to sidestep questions about how much he knew, or didn’t know, about Ailes’ mistreatment of employees.The rot at Fox started at the top, with Ailes, but it didn’t end there. In the months that followed, other men accused of sexual misconduct were also sent packing, including 8 p.m. star Bill O’Reilly.Most everyone else stayed in the house Ailes built while management tried to clean up his mess. The fallout kept Fox’s lawyers busy for years and cost the company tens of millions of dollars in settlements.The Murdochs and the management team made some tangible changes: New human resources leadership. A workplace council to address sexual harassment. A new procedure for sexual harassment complaints. A 24/7 hotline. A makeover of the New York newsroom that replaced Ailes’ old bunker of an office.Still, several lawsuits alleged that a sexualized climate languished long after Ailes was ousted.”The culture has not changed,” attorney Lisa Bloom said in 2019, when she filed a lawsuit on behalf of commentator Britt McHenry, alleging misconduct and retaliation.”They give lip service to the idea that they have improved but they have not,” Bloom said. “This is my fifth client I’m representing against Fox News. Nothing has changed.”McHenry continues to work at Fox.When Henry was fired on July 1, the details of the claim against him were murky. Fox News said in a statement that it “strictly prohibits all forms of sexual harassment, misconduct, and discrimination.”On July 20, Eckhart and a journalist who used to appear frequently on Fox, Cathy Areu, filed a lawsuit that contained details of the allegations against Henry.Eckhart said Henry forced her to perform oral sex on him in 2015 and raped her in 2017.Henry’s attorney called Eckhart’s accounts “fictional” and said “the evidence in this case will demonstrate that Ms. Eckhart initiated and completely encouraged a consensual relationship.”The July 20 lawsuit also contained allegations that Henry sexually harassed Areu. And it alleged that Areu was subjected to harassment by three other Fox hosts.”What this lawsuit reveals is that today’s Fox News is the same old Fox News,” the attorneys representing both women, Douglas H. Wigdor and Michael J. Willemin, asserted. “Some of the names in leadership may have changed since Roger Ailes’ regime, but Fox News’ institutional apathy towards sexual misconduct has not.”The company strongly objected to that characterization.In a statement, Fox pointed to its “swift action” against Henry. As for Areu’s accusations of harassment, Fox said a “comprehensive independent investigation” found that all of Areu’s claims were false.”We take all claims of harassment, misconduct and retaliation seriously, promptly investigating them and taking immediate action as needed — in this case, the appropriate action based on our investigation is to defend vigorously against these baseless allegations,” the network said.So four years to the day after the Ailes scandal made international news, Fox’s climate is back in the news. A Fox spokesperson declined to comment for this story.

“Rotten at its core?”

CNN “New Day” co-anchor Alisyn Camerota, who previously worked at Fox for many years, said Tuesday that she was sad to hear that “four years after Roger Ailes was gone that the young women there feel like they’re still having to operate in this culture.”Camerota recalled her 2017 appearance on “Reliable Sources,” when she spoke in-depth for the first time about being harassed by Ailes.I asked her then, “was Fox just rotten at its core?” Her reply was, “Well, no, FOX wasn’t rotten at its core. I mean, Roger was the king and, obviously, everything trickled down from him.” But “there are tons of good people there,” she said. “There are real journalists. They’re trying to do their jobs.” 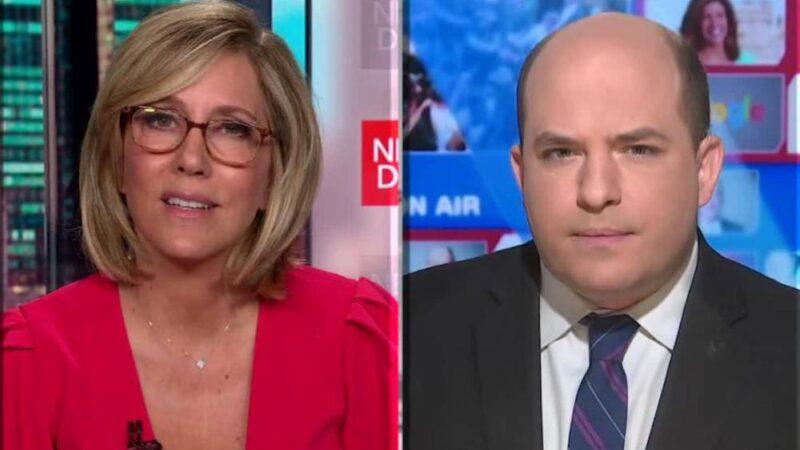 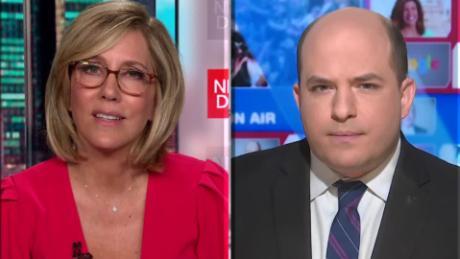 Camerota on new lawsuit: I guess Fox News is rotten to the core

Camerota on new lawsuit: I guess Fox News is rotten to the core 04:23On Tuesday’s “New Day,” Camerota recalled that answer, and said, “I’d like to amend my answer now, if I may. Because given everything that has come out since then, I guess it is rotten to the core. I guess even though there are really good people there who are trying to do their jobs, it’s not enough. Because unless you get rid of and stamp out the predators, then of course the culture is still going to be rotten.”Some people, though, may never believe it. When the Ailes scandal erupted, then-candidate Trump sided with Ailes and doubted Carlson’s allegations.”I think they are unfounded just based on what I’ve read,” he told an interviewer. “Totally unfounded, based on what I read.”Ailes and Trump counseled each other that summer, but then the two men fell out of touch. Ailes was useful to Trump when he ran Fox — but not so much as an unemployed political consultant.Ailes died on May 18, 2017 after suffering a head injury at his oceanfront home in Florida, not far from Mar-a-Lago. Trump didn’t pay tribute to Ailes at the time. This summer, however, he has invoked Ailes’ name several times, mostly as a way to criticize the channel for being insufficiently pro-Trump.Fox “is no longer the same,” he tweeted in May. “We miss the great Roger Ailes.”In June, he slammed Fox again and asked, “Where are you Roger Ailes?”When people on Twitter ridiculed the comment and wondered if Trump knew Ailes was dead, he followed up, “I know better than anyone that my friend Roger Ailes died 3 years ago, just look at what happened to @FoxNews. We all miss Roger!!!”

And in his recent sit-down with Fox’s Chris Wallace, Trump invoked Ailes again, saying “I’m not a big fan of Fox, I’ll be honest with you. They’ve changed a lot since Roger Ailes.”For the sake of the rank-and-file employees at Fox, hopefully that’s true.

CEOs of Delta and Emory Healthcare: Everyone should wear a mask…