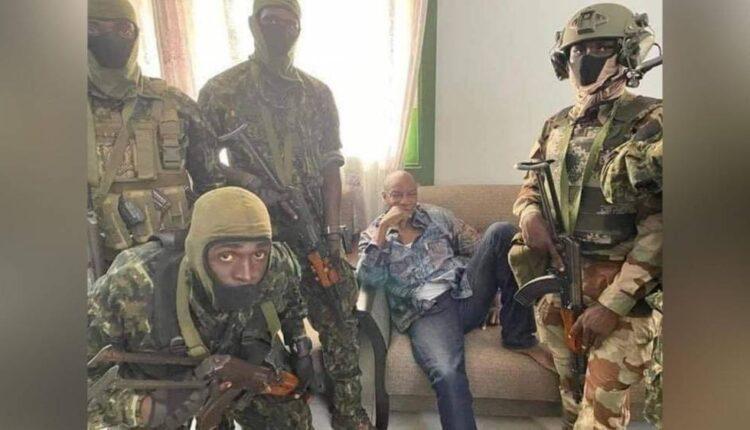 (CNN)A Guinean military officer broadcast a statement Sunday announcing that Guinea’s Constitution has been dissolved in an apparent coup.

“We will no longer entrust politics to a man. We will entrust it to the people. We come only for that; it is the duty of a soldier, to save the country,” Guinean army officer Mamady Doumbouya says in the video.An adviser to President Alpha Conde told CNN that Conde is under arrest and that a coup has taken place in the West African country.

The location of the 83-year-old, who won a heavily disputed election last year, is unclear.

In the video, Doumbouya — wearing a special forces uniform — says they have arrested Conde and suspended the constitution, the government and all other institutions. He also announced the closing of land and air borders. The video has been widely circulated and reported by local media.Read More

In a later update that was broadcast on state TV, military officers declared a nationwide curfew and said Conde was unharmed. 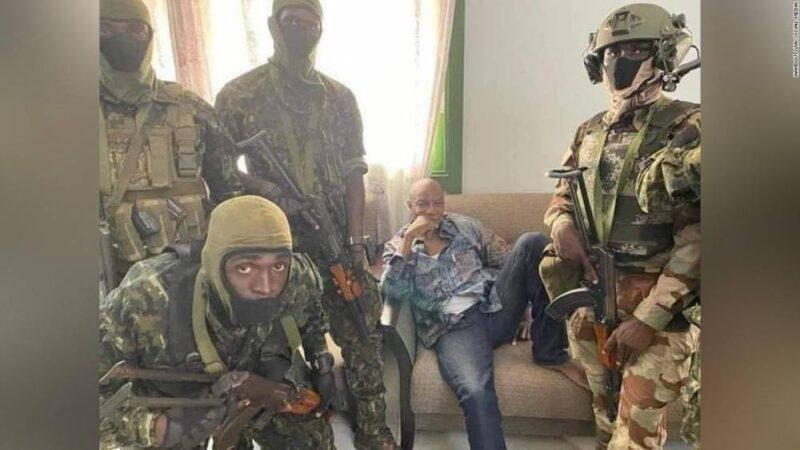 A social media image appears to show President Alpha Conde surrounded by soldiers.”We want to reassure the national and international community, the physical and moral integrity of former President (Alpha Conde) is not threatened,” a military officer said, according a translation published by Reuters. “We took all the necessary measures for him to have access to medical care and to be in touch with his physicians.” No clear evidence was provided of Conde’s condition and CNN has not been able to verify the military officer’s claims.The officers went on to say that a nationwide curfew had been declared in Guinea. “The curfew is implemented from 8 p.m., nationwide, and this until further notice,” an officer said, reading from a statement.The officers also invited outgoing ministers and former heads of institution to a meeting at 11 a.m. Monday.”Any failure to attend will be considered as a rebellion against the CNRD,” they said, referring to the group’s name, which in French stands for the National Rally and Development Committee.

Gunfire erupted Sunday in Conakry, the capital of Guinea, in what appeared to be a coup attempt, according to multiple social media postings and witnesses who spoke to CNN. Heavily armed soldiers were present in Conakry’s Kaloum area, the site of many government buildings, according to videos shared on social media. One widely circulating video appeared to show Conde surrounded by Guinean soldiers. Earlier in the day, the British Embassy in Conakry warned there was “sustained gunfire in several locations of Conakry” and asked people to remain vigilant and avoid movement.”It is time for us to understand each other, to join hands, to sit down, to write a constitution that is adapted to our realities, capable of solving our problems,” Doumbouya said in the video. Another video circulating on social media showed Guineans cheering military vehicles and waving flags in the capital.CNN has not independently verified the authenticity of the videos.

The US State Department warned that the apparent coup could make it hard for Guinea’s international partners to support it.”Violence and any extra-constitutional measures will only erode Guinea’s prospects for peace, stability, and prosperity,” the department said in a statement Sunday. “These actions could limit the ability of the United States and Guinea’s other international partners to support the country as it navigates a path toward national unity and a brighter future for the Guinean people.”In a statement published Sunday, the African Union (AU) condemned what it called a “power grab.”AU Chairperson H.E. Felix Tshisekedi and the chairperson of the AU Commission, H.E. Moussa Faki Mahamat, asked for the “immediate release of President Alpha Conde,” according to the statement.

Guinea confirms West Africa's first case of rare, Ebola-like Marburg virus diseaseUnited Nations Secretary-General Antonio Guterres also called for Conde’s release, as reports of the apparent coup unfolded.”I am personally following the situation in Guinea very closely. I strongly condemn any takeover of the government by force of the gun and call for the immediate release of President Alpha Conde,” Guterres said in a tweet Sunday.

Conde won the presidency in 2010, taking control from a military junta that had been in power since 2008. The 2010 presidential elections were the first in the republic’s 52-year history. The apparent coup attempt in Guinea follows a successful coup in Mali in August 2020, when the military forced out the elected government.

Volkswagen CEO Herbert Diess on the race to electric, the chip…

US unions are better off, but still a long way from their former…