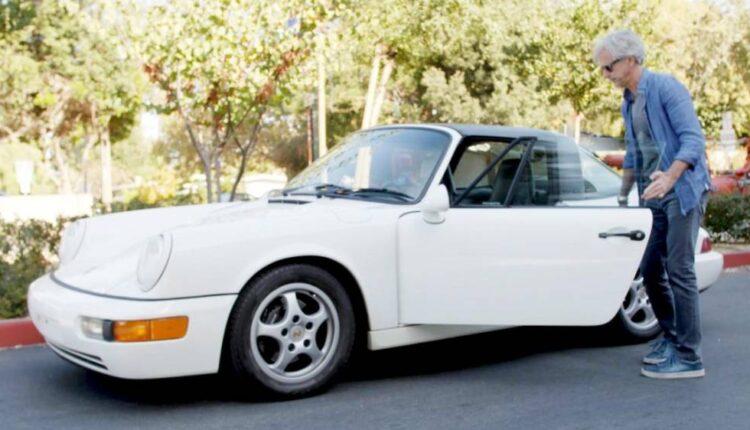 Mountain View, California (CNN Business)John Krafcik downshifted his white Porsche 911 and whipped it around a curve on a heavily wooded mountain road. The car’s 25-year-old engine made its distinctive soft rumble behind us as he accelerated out toward the next turn. For a few moments, we stopped talking. I was enjoying the drive, but also the pleasant irony of it.

That’s because Krafcik is the CEO of Waymo, the self-driving car division of Google’s parent company, Alphabet.I first got to know Krafcik years ago when he was the head of Hyundai Motor America. Before that, he had worked at Ford. He owns a small collection of cars that includes two Porsches (neither particularly high-end), a souped up Volvo wagon and a little known bare-bones British sports car called a Caterham. 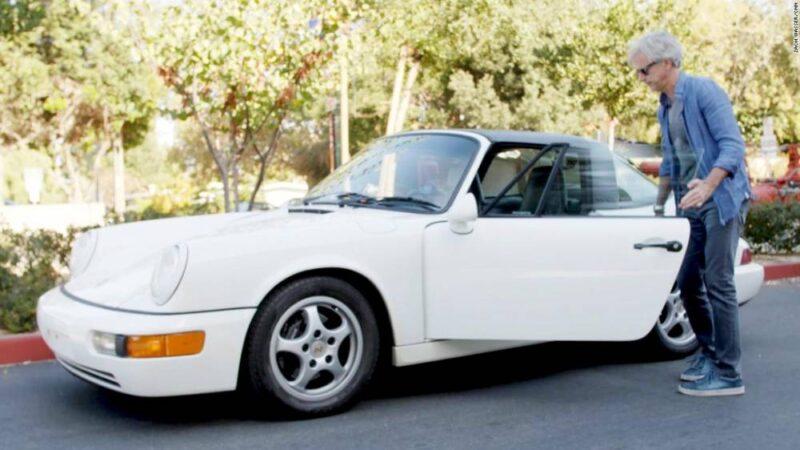 John Krafcik getting into his Porsche 911.These aren’t cars for showing off. These are cars for driving. Because John Krafcik loves to drive.

He makes no secret about it and he sees no conflict. This is not like the owner of a vegan restaurant grilling bison burgers on his back deck.Read More”You ask a room full of people: ‘Do you love to drive?’ and most people actually would raise their hand,” he said while he drove. “But if we ask the question a slightly different way, ‘Do you love commuting? Do you love driving on your commute?’ I think most people would say. ‘Eh, not so much.'”That’s the problem Waymo is trying solve, he said. The company doesn’t want to do away with driving altogether, just the driving that’s unpleasant and boring, he explained. Starting soon, Waymo will be making its driverless van rides available to the public in Arizona. From there, the roll out of the service will happen gradually.

It's going to be a long, long time before someone takes my hands off the steering wheel of a car."

“It’s going to be a long, long time before someone takes my hands off the steering wheel of a car,” he said. “That’s just not something that’s going to happen in the short term.”It’s not only that he, personally, doesn’t want to give up driving. He actually doesn’t even think it’s possible for Waymo or any company to entirely replace human drivers in all conceivable scenarios — at least, not in the foreseeable future. Human drivers aren’t that hard to improve upon, as Krafcik pointed out.”I’ve got these two eyes. That’s all I’ve got, these two optical sensors, and it’s amazing that we can drive so well just with these simple optical sensors and they’re augmented a little bit with these three pieces of glass otherwise known as mirrors, and this is my full complement of sensing technology,” he said.On top of that, a human driver’s optical sensors are attached to only one brain. Each human must learn to drive on his or her own. BMW unveils its vision for a self-driving electric carA Waymo driverless van has video cameras, laser and radar that can see and sense things in all directions around the vehicle continuously. And the cars learn from the experience of every other Waymo car, creating, as Krafcik puts it, “the world’s most experienced driver.” Each day, the Waymo driver adds another 25,000 miles to its pool of experience, more than the average person covers in two years.But that doesn’t mean the technology is perfect. 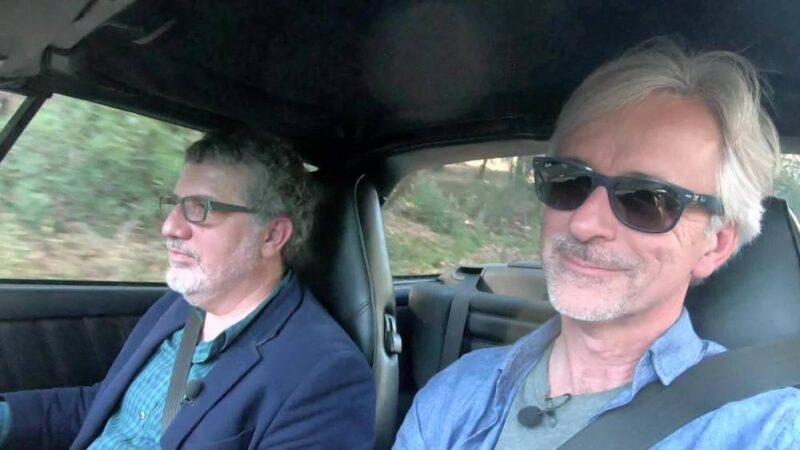 Taking a joy ride with Krafcik, Waymo’s CEO. Krafcik parked his 1993 Porsche at Alice’s Restaurant, about 30 minutes from Waymo’s headquarters. I had suggested someplace closer, knowing he’s a busy executive and probably pressed for time. But, like I said, he likes to drive. We sat outside with a couple of sodas and a box of fries and talked about what automated cars, even with all those sensors and all that experience, won’t be able to do. Engineers talk about L5, or Level 5 autonomous driving. That’s as autonomous as any vehicle could possibly be. At L5, you could get into a car at any time under any weather conditions and say “Take me….” anywhere. But L5 is impossible, said Krafcik.”That’s a somewhat unreasonable expectation,” he said, “and it’s sort of not even necessary because we so rarely drive from San Francisco to Santiago, Chile. We just don’t do that.”Honda teams up with GM on self-driving carsThe highest level of automation you can buy now is Level 3, at best. That means the car can drive itself in certain conditions, such as on a multi-lane highway, but with a human driver always paying attention and ready to take over.

Waymo cars will operate in designated areas on familiar roads. Those designated areas will widen over time covering more places. But Krafcik doesn’t foresee a day when the need for human drivers will be entirely obviated. But that need will diminish.Even then, though, no one will take the steering wheel from Krafcik’s hands. Not even his own company’s creations.